Initial estimates pegged costs at about $30 million, with the federal government taking 64% of that cost. 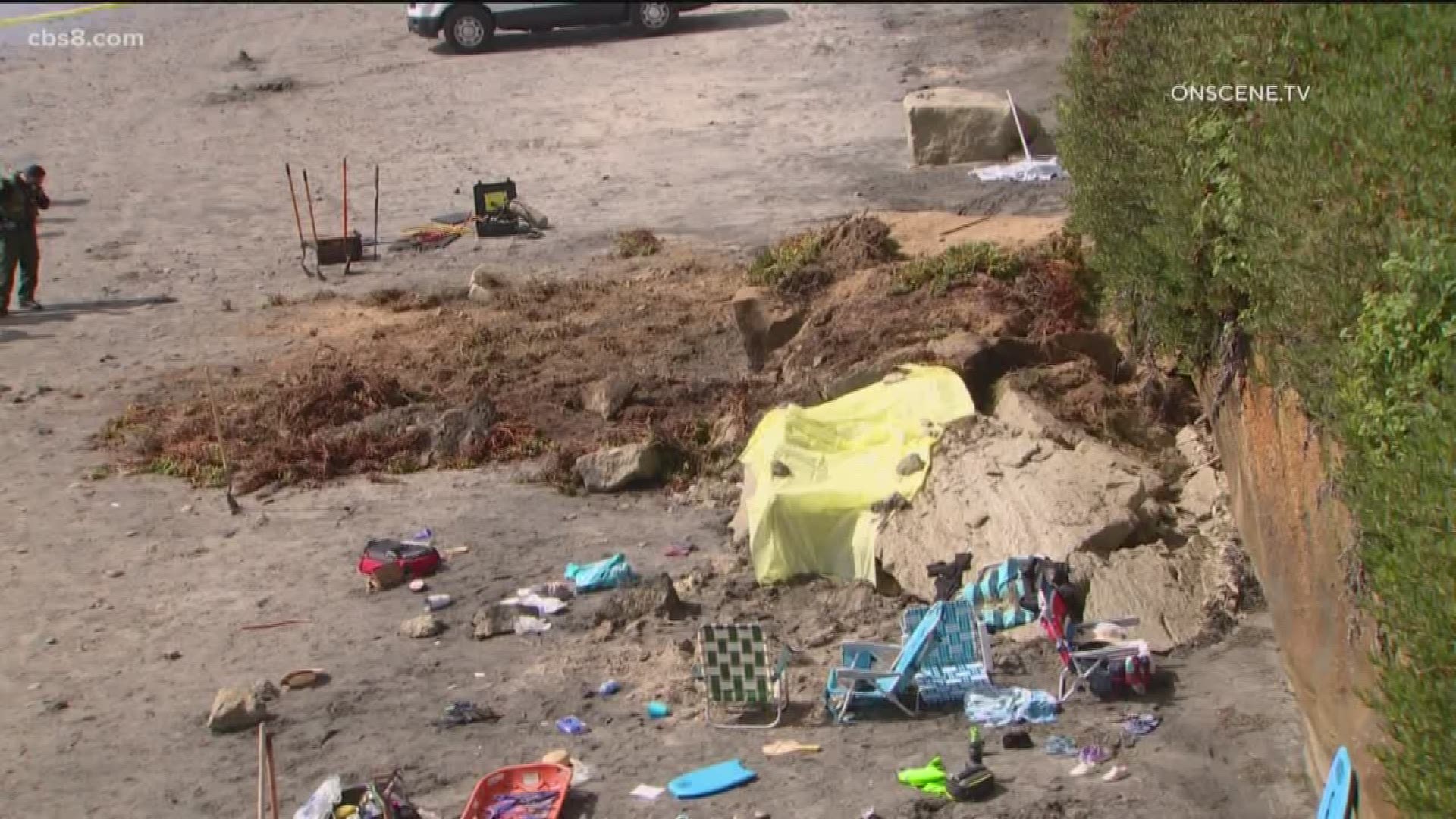 ENCINITAS, Calif. — San Diego leaders are calling for federal money to stabilize the bluffs in Encinitas and Solana Beach. The letter, sent by Congressman Mike Levin along with California Senators Kamala Harris and Diane Feinstein, asks for federal dollars to be freed up for the long-delayed project. The trio says the plan to stabilize the bluffs could prevent future collapses.

Earlier this month, three women were killed in Leucadia at Grandview Beach after a bluff collapsed on top of them. Just last Sunday there was another bluff collapse caught on video. This one did not cause any injuries.

The urgent request would allow money to be freed up in order to stabilize bluffs on an eight mile stretch of North County shoreline from Encinitas to Solana Beach. According to the Union Tribune, the project would involve dredging sand offshore and distributing it on local beaches over a span of 50 years.

Initial estimates pegged costs at about $30 million, with the federal government taking 64% of that cost.

In the meantime, local geologist Pat Abbot says beach goers should take a close look at the bluffs before picking a spot on the sand. Abbot said, “before I set any towels or stuff down, I look at the cliffs. I see fractures – look for where the failures could happen first, no stress, no pressure, just where it might fail and avoid that spot and have fun.”