Onboard Blue Origin's New Shepard rocket will be SPLICE, an important NASA payload that uses Lidar to safely land on other worlds 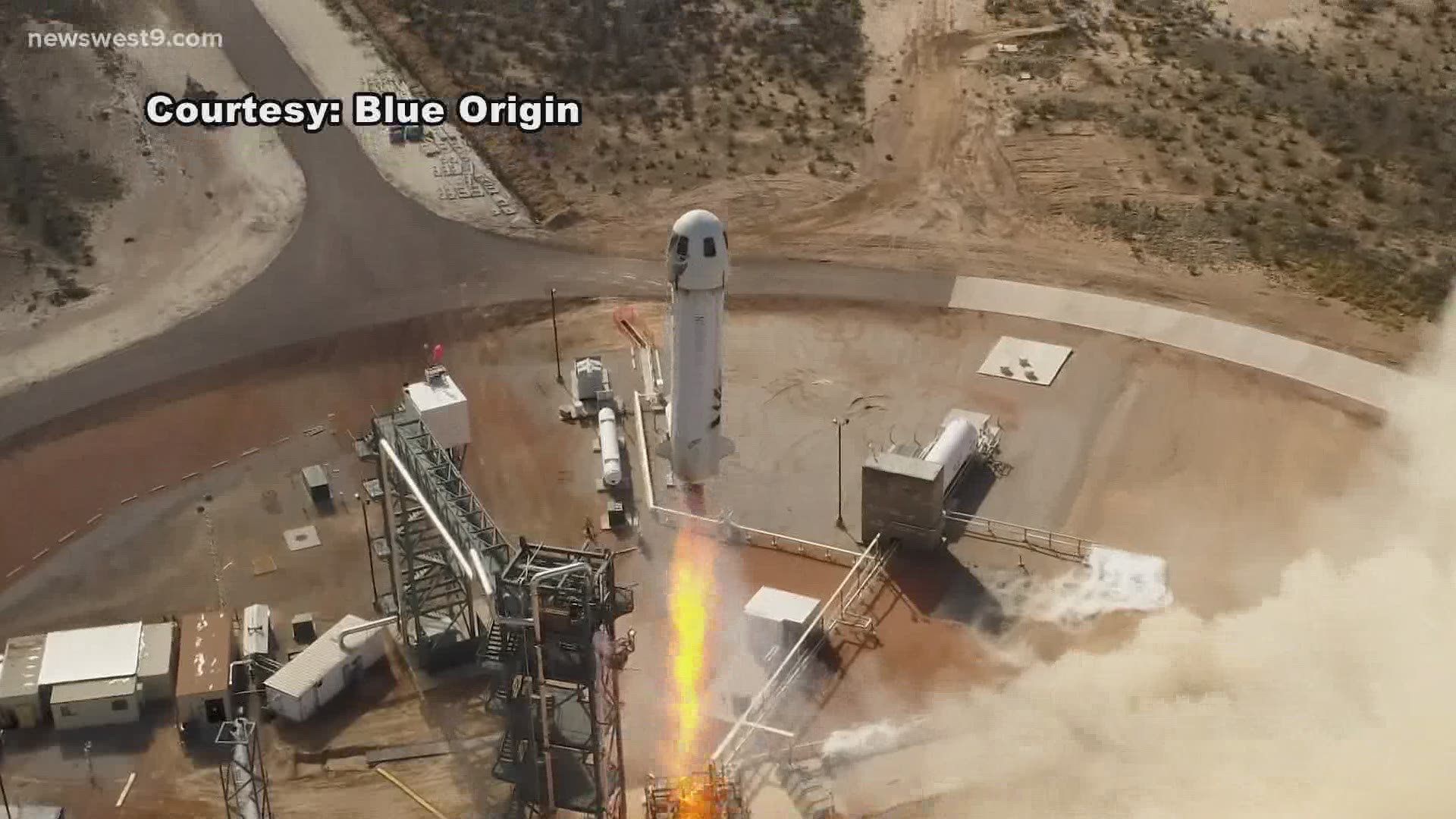 VAN HORN, Texas — 1:00 p.m. Friday Update: Blue Origin once again scrubbed this morning's launch due to a technical issue. A new launch date has not yet been announced. 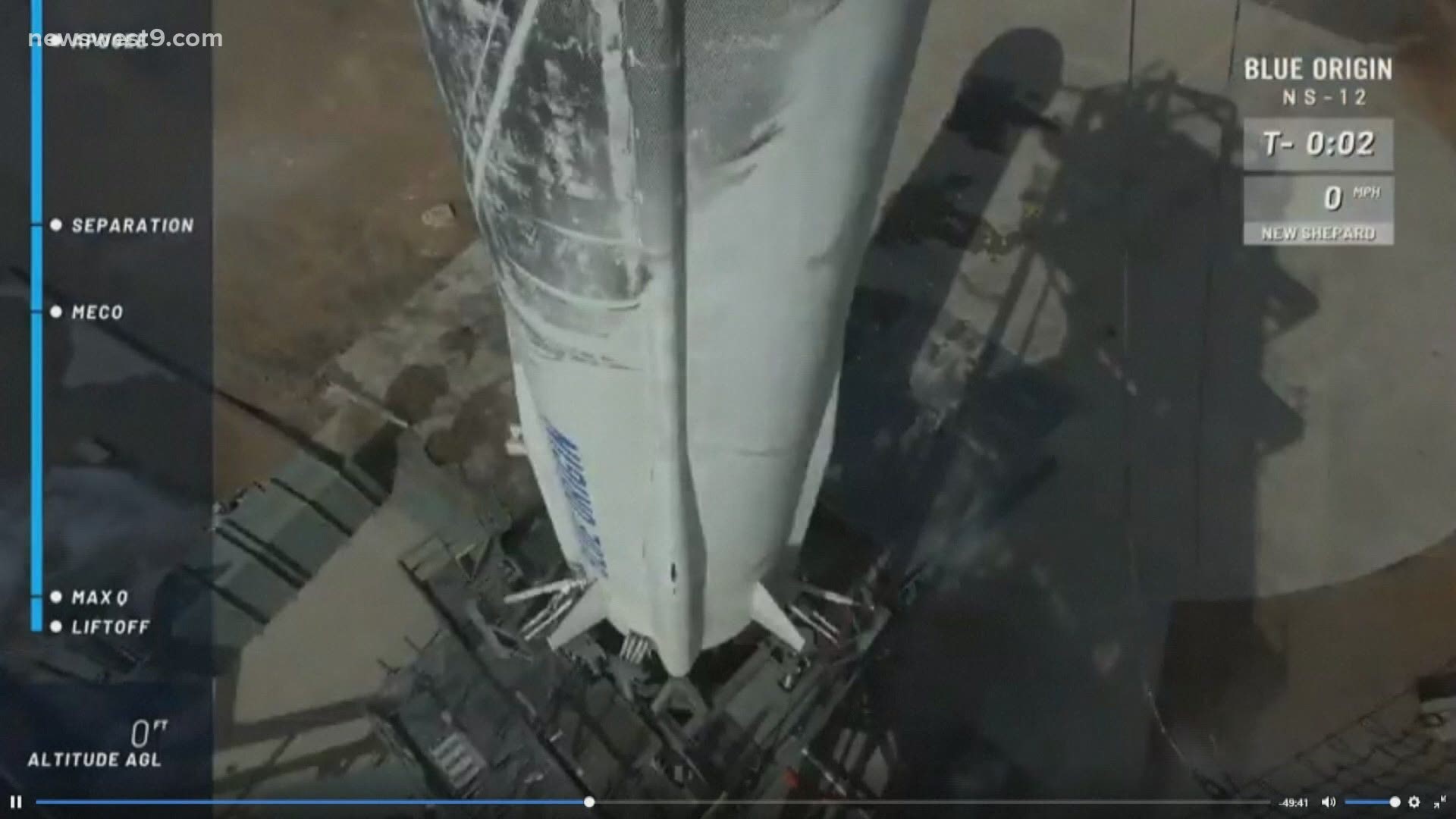 We’ve detected a potential issue with the power supply to the experiments. Launch is scrubbed for today. New launch target forthcoming.

Blue Origin is set to launch its New Shepard rocket from the company's launch site near Van Horn.

Targeted for 10 a.m. CDT Thursday morning, this will be Blue Origin's 13th flight using the reusable rocket, and the first since the NS-12 mission in December 2019.

We've developed @NASA_Technology to help spacecraft make precise landings on the Moon, and on other worlds.

On Thurs., Sept. 24, we're testing this new sensor suite on a @BlueOrigin suborbital launch. Liftoff is targeted for 11am ET. How to watch: https://t.co/4PTuXKq2VF pic.twitter.com/LdU9M9ntts

On this flight, a very important payload will be attached to the outside of the rocket.

The Safe and Precise Landing – Integrated Capabilities Evolution, or SPLICE, is being developed by NASA for their Artemis Program.

The goal of Artemis is to land the next man and first woman on the moon in 2024.

RELATED: NASA details $28 billion plan to land first woman, next man on the Moon in 2024

SPLICE uses Lidar mapping technologies, which will allow the next generation of lunar spacecraft to safely and accurately choose a landing site.

After New Shepard reaches its peak altitude of about 365,000 feet, SPLICE will begin gathering crucial data as the rocket descends back to the West Texas desert.

Also on this mission are 11 other payloads that will ride in the capsule atop the rocket booster.

Among these are two instruments from the Southwest Research Institute in San Antonio.

One, called BORE-II, is a system for sampling dust and other rocky deposits on low-gravity bodies in space, like asteroids.

The second payload is an instrument called LAD-2 which will demonstrate how liquid and gas interface in microgravity.

Also onboard are tens of thousands of postcards from Blue Origin's non-profit, Club For The Future, which were designed by students all over the world.

Credit: Blue Origin
A postcard that will be carried to space on NS-13

After lifting off, New Shepard will propel these payloads to just below 328,000 feet.

The main engine will then cut-off, and the cargo capsule will separate and continue on its journey to approximately 360,000 feet while the booster descends back to Earth.

At this point, SPLICE will begin performing its tests and gathering crucial data as part of its mission.

The booster will then touch down on its designated landing pad, and the capsule will follow shortly after, deploying its parachutes and landing in the desert.

Another flight will be needed to complete SPLICE's testing before it can be applied to a lunar lander.

It's not clear when that next test flight would be, but we do know Blue Origin is planning the first launch of its orbital-class rocket, New Glenn, in the second half of 2021.

So while tomorrow's launch is certainly not a giant leap, it's a big step for Blue Origin and for NASA in meeting their goal of sending humans back to the moon in 2024.

Be sure to tune in on the NewsWest 9 Facebook Page at 9:30 a.m. to watch the launch!