Bradley Spitzer believes America won't be able to stop active shootings from happening – but he claims he has created a way to better prepare people. 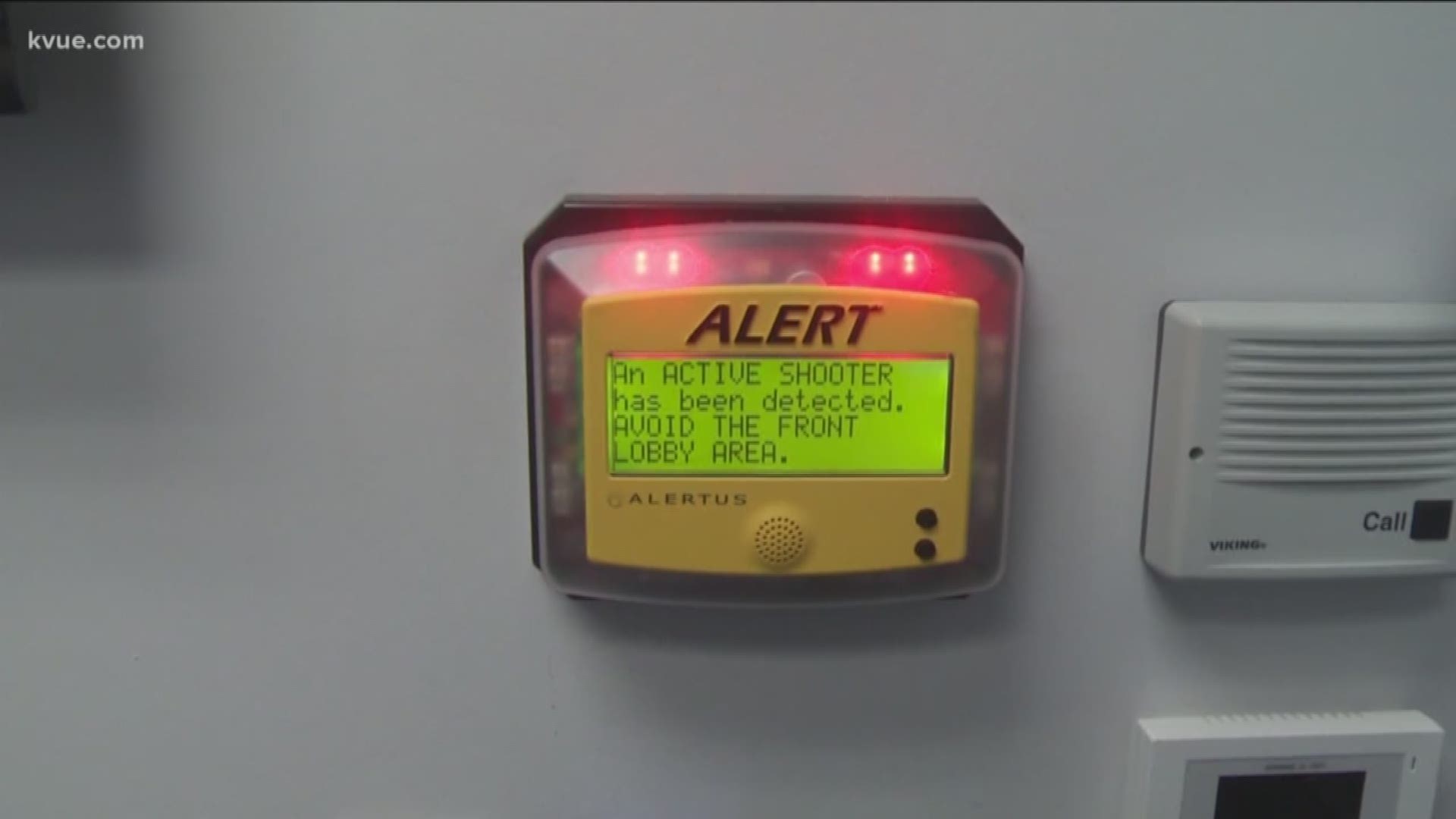 AUSTIN, Texas — Bradley Spitzer is a former law enforcement officer who decided to shift his career path to the private sector. He is now president of Ninex Security Services, which provides a variety of security system services.

They have a threat reduction group, mercantile systems group and a defense security group.

"Response and notification is key to survival," Spitzer said.

Ninex focused on other parts of security until the Sante Fe shooting in 2018. That's when his team decided to look into active shooter services. They ended up creating the Ninex ThreatGuard System, which schools, businesses or private entities can purchase for protection.

"It's designed to detect and notify people inside a building of an active shooter event," Spitzer said. "In today's world, you have active shooter events that occur all the time. You can't prevent them from actually happening, but what you can do is minimize the loss of life."

The system ties in many different parts of security – audio and visual alerts, security cameras, a sophisticated audio device and other aspects, depending on the services the client wants.

With every new tragedy, another 'strong' campaign | Where it started

Spitzer said this is the first fully-automated active shooter detection and notification system.

"We've combined the best technology that is out there and combine it into a unified, single system," Spitzer said. "We've been presenting it primarily to schools and educational facilities. We decided that as a company we wanted to do something that could help people."

'It's designed not to listen for false positives," Spitzer said. "There are audio analytics that calibrate into the system."

Once it recognizes a gun has been fired, the system generates computer and cellphone alerts and also notifies local police.

"During an active shooting, seconds matter – lives matter," Spitzer said. "It will automatically notify law enforcement and lock down a facility."

Officers can then connect to the security cameras at the facility, helping them save time going to the right area.

"They'll know exactly where to look," Spitzer said. "The hope is this can save more lives."

WATCH: Local company says you should do research before buying a bulletproof backpack

Board of Realtors: Housing shortage in northwest Austin is getting worse as demand increases