Falcon Volleyball head coach, Tim Loesch, credits his seniors for stepping up and leading the squad to success on the court and in the classroom. 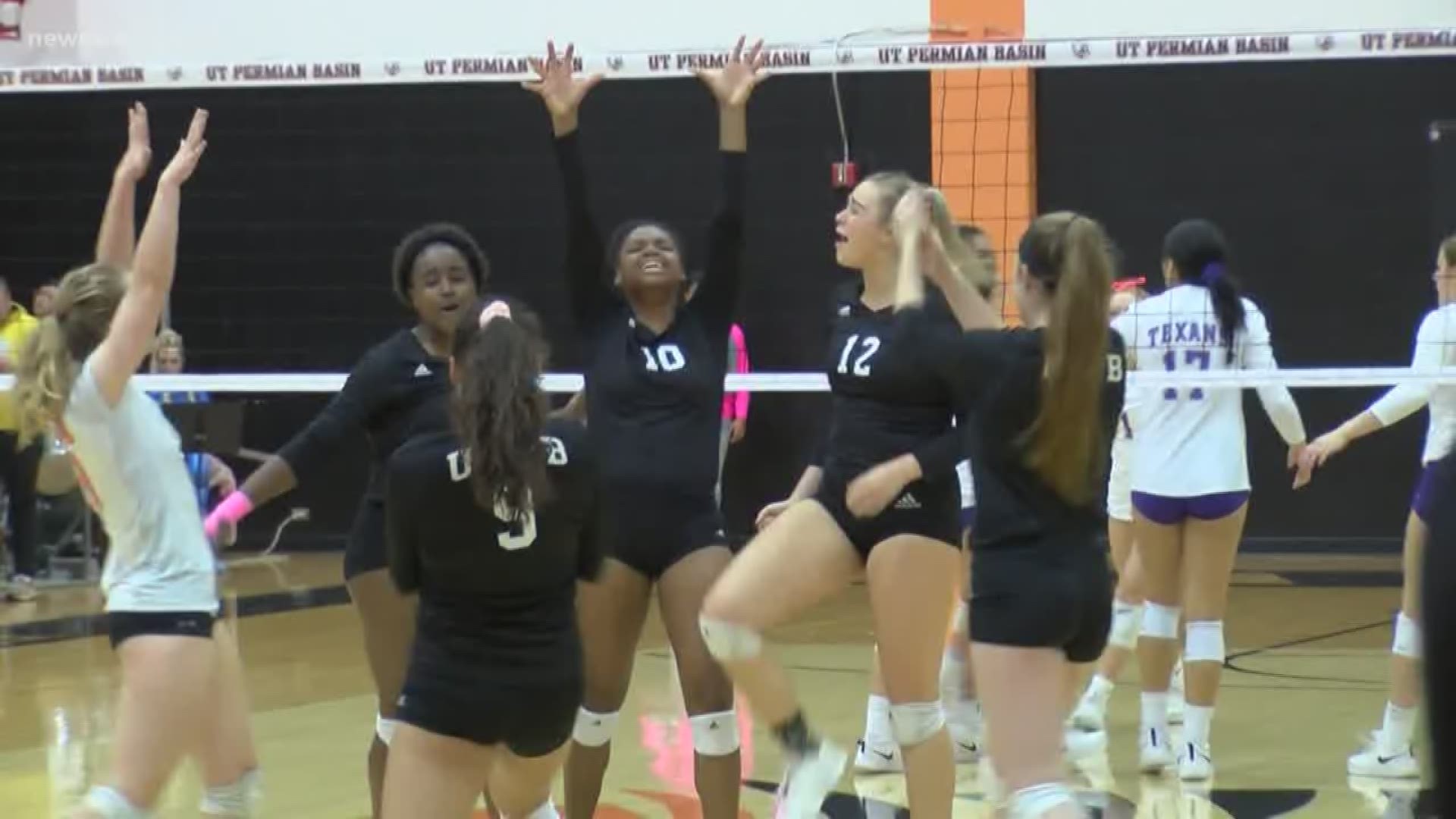 ODESSA, Texas — While athletes slowly get back to workouts on campus, they are being recognized for their work in school.

UT Permian Basin Volleyball earned the American Volleyball Coaches Association Team Academic Award after six players finished with a 4.0 average and the squad's GPA as a whole was 3.4.

It was also a historic season at the net, as the Falcons set a new program high in wins at 20.

Head Coach, Tim Loesch, was proud of the leadership his seniors portrayed.

"All of our seniors and upper class players really bought in to my challenge for them to become better students, better athletes, better teammates," Loesch said. "They were really determined to do better academically and they need to hear from somebody besides me and my assistant."

Even though they did set a new standard on the court, the bar is even higher off of it.

"We expect to do this," Loesch said. "When they hear that, that becomes the normal and just what we do and who we are."

The team's motto for next season is 'resilient' and they're already starting to embody that.