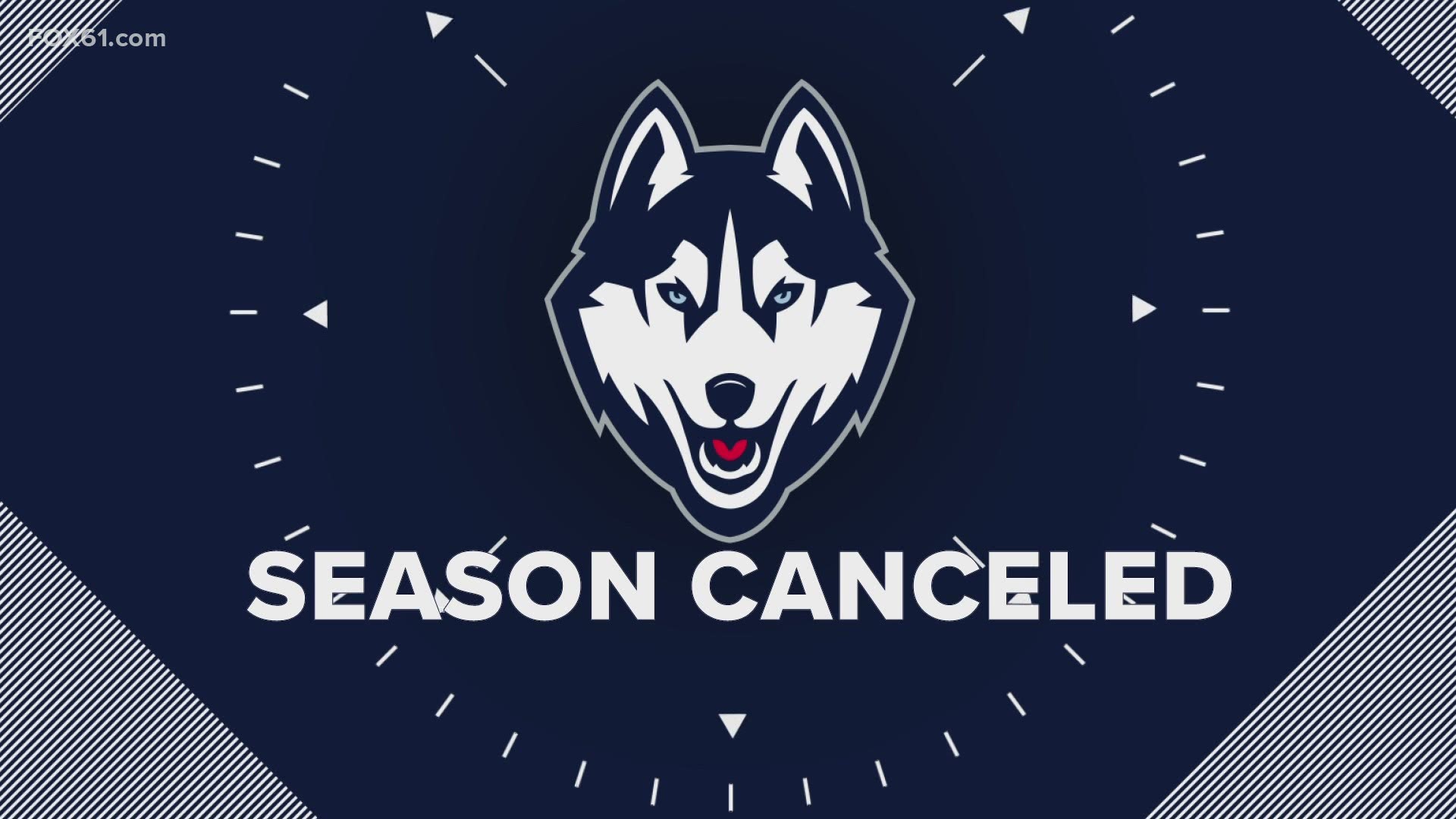 MANSFIELD, Conn. — Over safety concerns due to COVID-19, the University of Connecticut announced Wednesday that their football program will be canceled for the 2020-2021 school year.

UConn is the first FBS program to suspend its football team because of the pandemic.

UConn football coach Randy Edsall said it was a team decision. He said the team had experienced players missing from practice due to isolation and quarantine and many wondered how they could play this season.

After several players said they had symptoms similar to COVID-19, they were tested and isolated and those with whom they had contact with were told to self quarantine. As of Wednesday, no one on the team has tested positive for COVID-19.

Edsall said the team was united, saying the risk wasn't worth the reward.

He said regardless of whether the team was in a conference or not, Edsall would have done the same thing. "These guys lives are more important than money."

Benedict said the team could have played a full schedule this season despite the challenges.

So far, the football team was the only UConn team to return to campus.

He said there was no timeline for a decision on the winter sports season.

Games against Illinois, Indiana, Maine and Mississippi had already been taken off the schedule by those schools' conferences and uncertainty surrounded the contests against North Carolina and Virginia.

UConn said those on the team will still be enrolled in classes either virtually or in-person as full-time students at the school. Team members will also still have access to facilities and support services in accordance with NCAA rules, ensuring that student-athletes remain on track academically and developmentally.

According to UConn, the team has been on campus since early July with zero student-athletes testing positive for COVID-19.

“The necessary measures needed to mitigate risk of football student-athletes contracting the coronavirus are not conducive to delivering an optimal experience for our team,” Benedict said. “Ultimately, the student-athletes would rather preserve their year of eligibility with an eye to competing under more typical circumstances during the 2021 season.”

After receiving guidance from state and public health officials and consulting with football student-athletes, we've decided that @UConnFootball will not compete on the gridiron this season. https://t.co/R5dLlnFNo9

“We engaged and listened to the concerns of our football student-athletes and feel this is the best decision for their health, safety, and well-being,” Edsall said.  “Our team is united in this approach and we will use this time to further player development within the program and gear ourselves to the 2021 season," said Head football coach Randy Edsall.

UConn Athletics will be reaching out to season ticket holders and supporters in the coming days to discuss options and refunds.