Stewart is the first MISD player to win the singles event 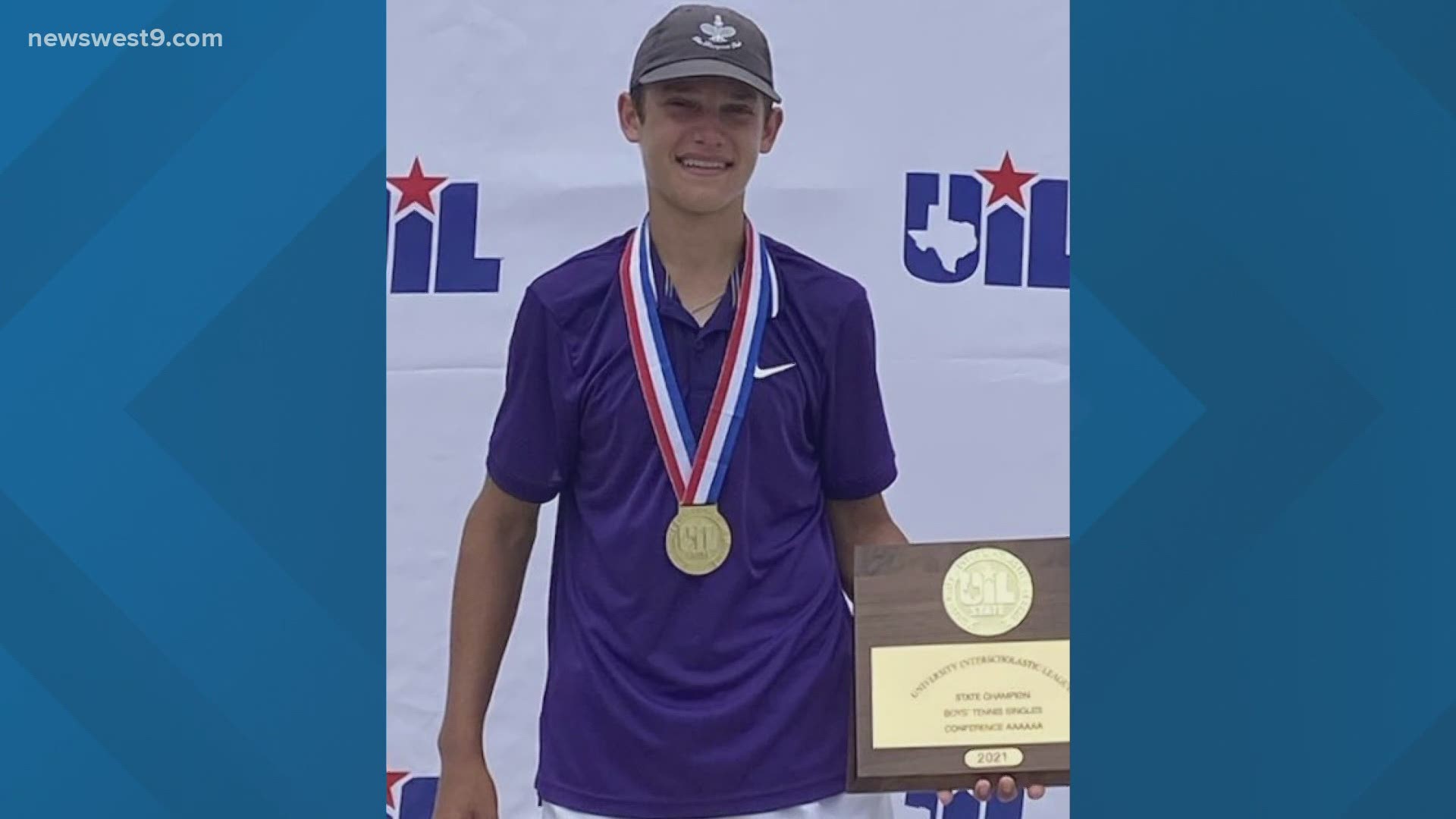 MIDLAND, Texas — Over the weekend, Tyler Stewart became the first Midland Independent School District tennis player to win state in the singles tournament. The Abilene Christian commit completed his last two years of eligibility with an unscathed record of 32-0

What an honor to present your Class 6A State Singles Champion, Mr. Tyler Stewart!!!!🎾👍🏼#pupsup #tallcitytennis pic.twitter.com/4jq3iYJQeM

Stewart was proud to not only make history, but to do it while representing Midland made it even sweeter.

"I wouldn't want to have that achievement anywhere else, so Midland's pretty special to me," said Stewart. "It shows that those metroplex cities don't mean anything, you can achieve whatever you want from wherever you're from."

Now Tyler will prepare for his first year of college at Abilene Christian University.