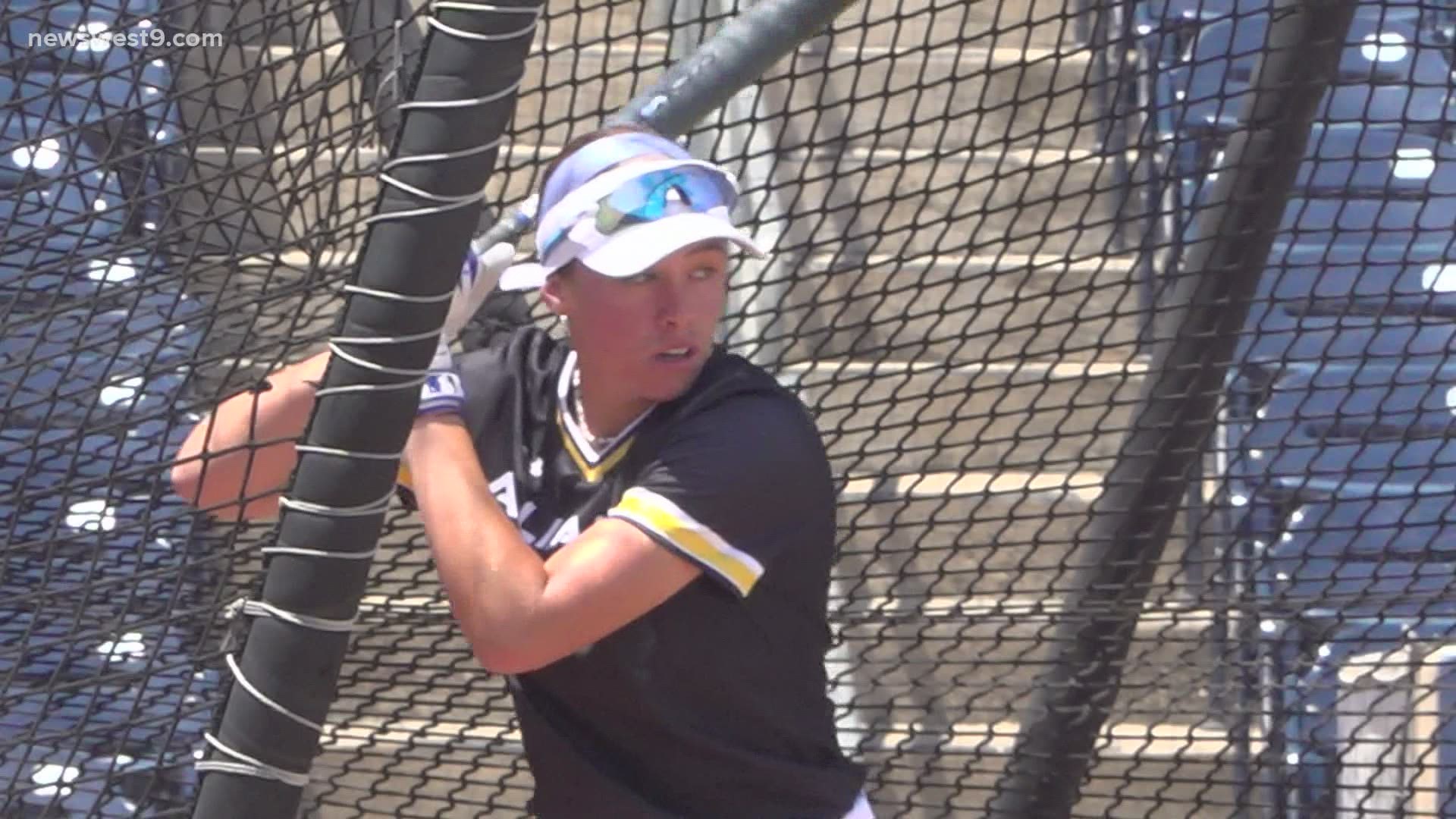 MIDLAND, Texas — USA Softball's long awaited return to West Texas is part of their 'Stand Beside Her' tour as they continue their journey to Tokyo.

They'll face 'Team Alliance' as part of their preparation for the Olympic games. The Alliance roster has a ton of great college talent.

One of those players is former Odessa High softball star and Lubbock Christian infielder, Skylar Herrera.

While she's excited to perform in front of her home crowd, she's focused on being a sponge among college softball's best.

"I've learned so much already," Herrera said. "We've just done little things but I've learned so much just watching these girls and everybody on the team. How quick their hands are, how fast their feet are. Watching them hit the ball, how much power they have. It's been a learning experience."

While Skylar gets ready to put on a show, Longhorns all-time hits leader in Janae Jefferson is honored that legendary Texas and Olympic pitcher, Cat Osterman, respects her game.

As Janae aims to represent America in the Olympics in the future, it starts with making an impression with Team Alliance.

"It kind of motivates me a lot just to go up against one of the greats and we actually went to the same school and everything so I feel like it's gonna be really exciting," Jefferson said. "Kind of nervous but taking in the moment. Hopefully one day, that is a big dream for me to be on the USA team. I'm just gonna go out there and do the best I can to have a good time."

USA Softball and Team Alliance will play back-to-back doubleheaders on Friday and Saturday, starting at 5:30pm.