Dale Hansen Unplugged: When we cancel games because we're afraid to live, the bad guys win

"Will they feel safer the next week? Or even the week after that?" 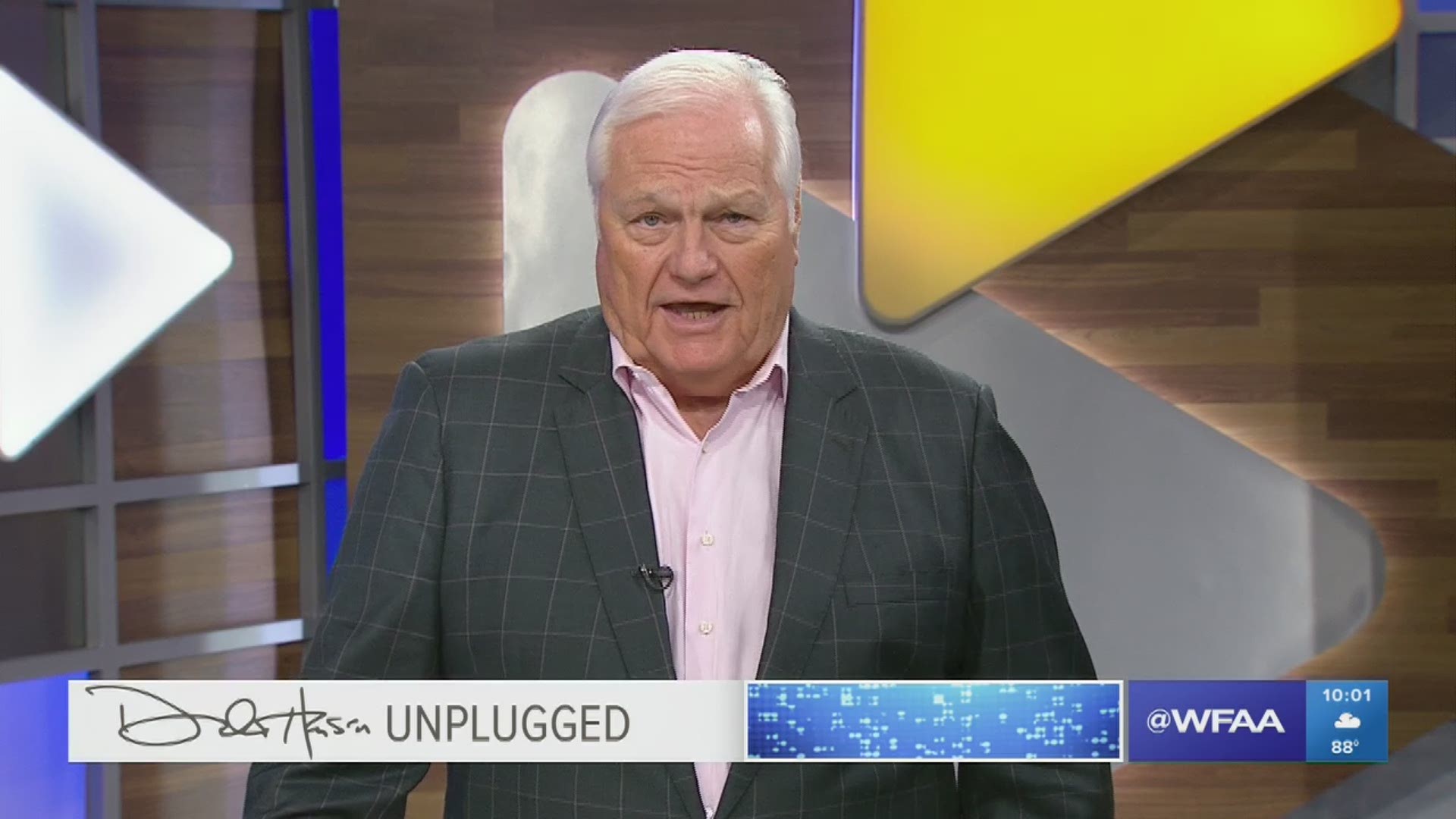 Plano school officials have managed to make a horrible situation worse and there's no good reason they have.

Plano has decided to cancel their football game with El Paso Eastwood because of safety concerns. And yet Murphy police, where the game was to be played, and Plano ISD say there have been no credible threats.

It was 12 days ago when a former Plano student killed 22 people in El Paso, and the game is still three weeks away — scheduled to be played on Sept. 6.

But supposedly, the timing of the game after such a tragedy bothered school officials in Plano too.

Thousands died on 9/11 and the Yankees played in Chicago seven days later. It was one of the most incredible night of baseball game, maybe ever. And this football game in Plano on Sept. 6 could have been much the same.

Bring the two cities together, everybody holding hands on the field and in the stadium. A moment of silence to honor the victims and then raise money to help the families.

But instead, they say they have safety concerns.

Will they feel safer the next week? Or even the week after that? These safety concerns they talk about, that's the price we pay to live in a free society.

But when we cancel games because we're afraid to live, the bad guys win.