Cleveland Browns owners Jimmy and Dee Haslam are part of the ownership team of the Crew. 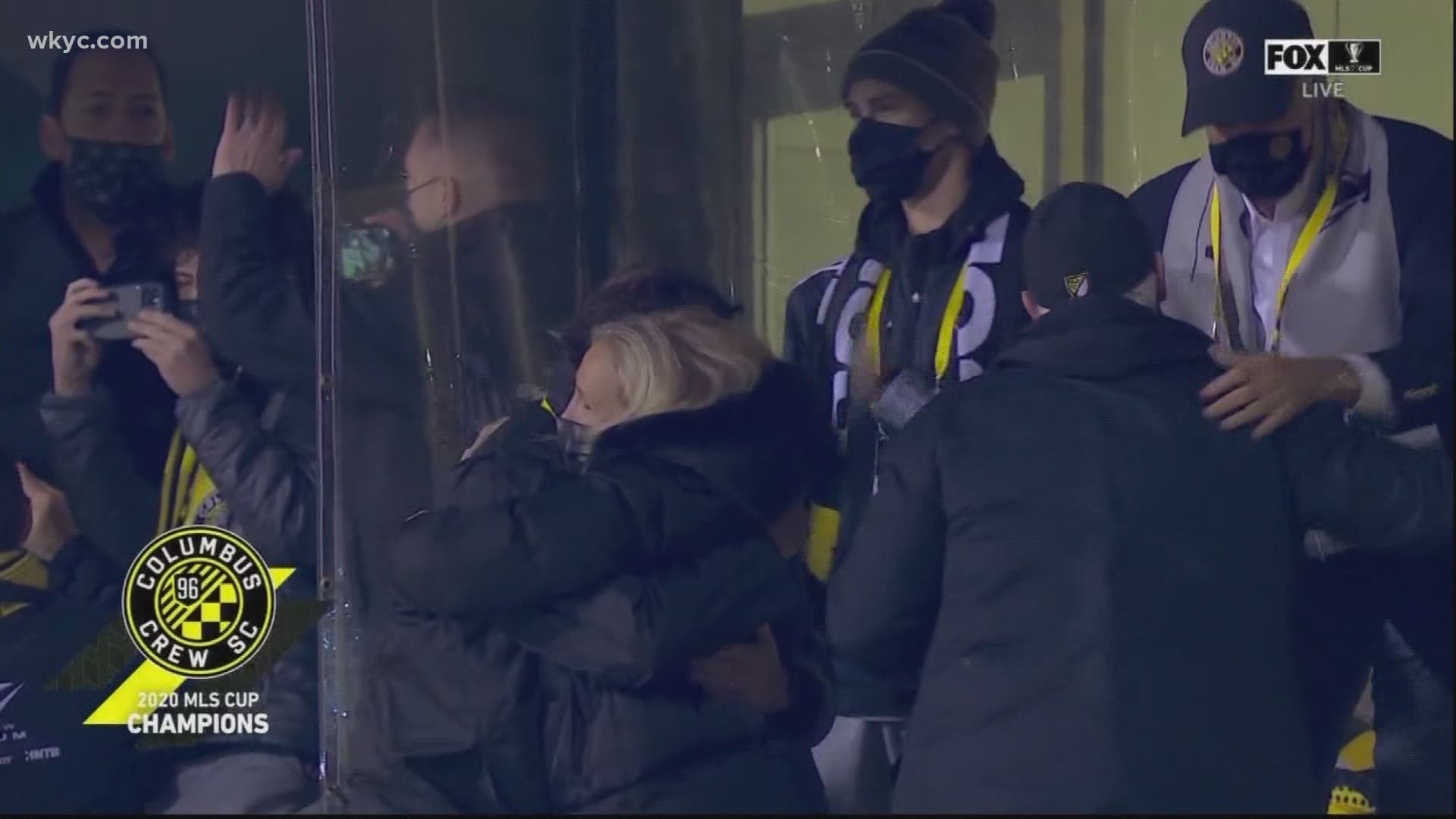 COLUMBUS, Ohio — COLUMBUS, Ohio — Columbus Crew SC rode a dominant first half all the way to the final whistle to capture the MLS Cup for the second time in franchise history with a 3-0 win over the Seattle Sounders.

Lucas Zelarayan started the scoring in the 25th minute for the Crew.

Derrick Etienne Jr. followed up in the 31st minute to give the Crew a 2-0 lead.

Zelarayan sealed the victory for the Crew with a goal in the 82nd minute to make it 3-0.

The Crew were able to come out on top despite missing two of its top players in Darlington Nagbe and Pedro Santos for the match.

The last MLS Cup victory for the Crew came in 2008.

A little over three years ago, it looked like the Crew might be headed out of Columbus. In October 2017, then-owner Anthony Precourt announced his intentions to move the Crew to Austin, Texas, sparking a movement to keep the team in Columbus known as #SaveTheCrew. A year later, a group consisting of Cleveland Browns owners Jimmy and Dee Haslam and Columbus physician Dr. Pete Edwards stepped in to purchase the franchise and keep it in central Ohio. Rather than moving the team, Precourt was granted an expansion franchise in Austin.

Besides being co-owned by the Haslam family and being just a couple of hours south of Cleveland on I-71, there are some other Northeast Ohio ties to the Crew. Their head coach, Caleb Porter, turned the University of Akron into a national soccer powerhouse a decade ago, capturing the NCAA Championship in 2010. Midfielder Darlington Nagbe moved from his native Liberia to Lakewood and played for St. Edward High School prior to being recruited by Porter at Akron. Nagbe was part of the Zips' 2010 national championship team. Defender Josh Williams is from Copley Township and starred at Cleveland State University before turning pro. .

This moment is for you, Columbus! 🏆 pic.twitter.com/LD13MC0UBI

Here's a sample of some of the reaction to the Crew capturing the MLS Cup, starting with a tip of the cap from their sister franchise in the NFL:

The @ColumbusCrewSC have won the 2020 #MLSCup! Congratulations to Dee and Jimmy Haslam, the Edwards family, and Crew players, coaches, staff and fans. With new leadership, a stadium opening next year, and now this championship, this is an incredible moment for Columbus. pic.twitter.com/tuY3U0SzGj

One trophy down for the Haslam’s, one to go.

I'm not really a soccer fan, but it is so cool to see the @ColumbusCrewSC capture the #MLSCup. Three years ago, the franchise was all but headed to Texas. A rabid fan base and an ownership group featuring Jimmy and Dee Haslam kept them where they belong. Tonight, they celebrate.

What a weekend... @cavs won@ColumbusCrewSC won 🏆
Where you at @Browns ??