From edited "Jurassic Park," "Star Wars" and "The Office" references, this fan's mission is simple: get Austin FC to #ReleaseTheKit ... the goalkeeper kit, that is. 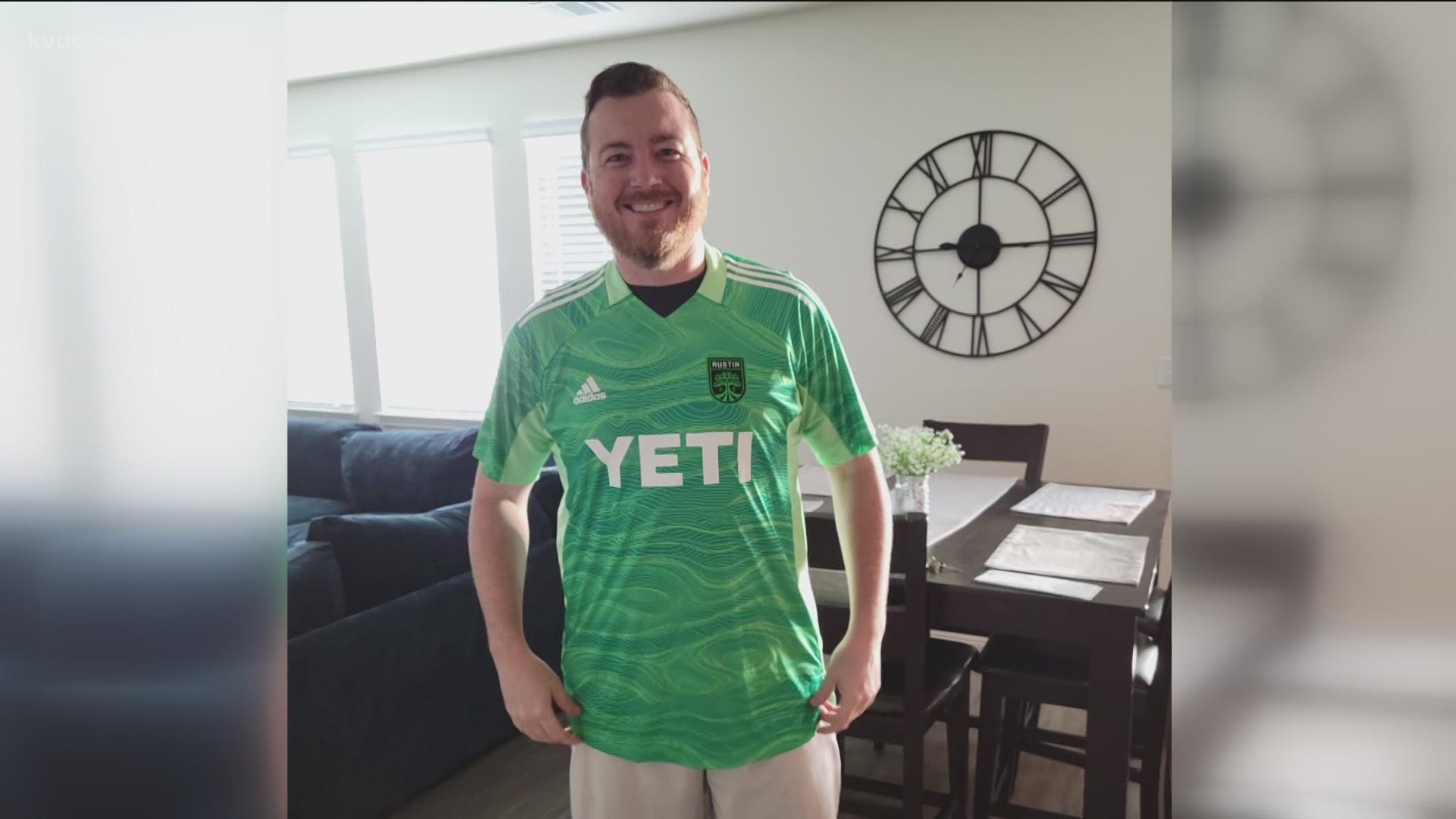 AUSTIN, Texas — Austin FC debuted its verde and black inaugural kits back in November 2020, and followed up with the Legends kit release in January 2021.

One Austin FC fan, however, had his eyes set on another kit: the goalkeeper kit. For 53 days, if you went go to the team's store, you'd notice the primary kit and Legends kit were the only ones up for sale. Now, the verde and pink goalkeeper kits are available at the Verde Store at Q2 Stadium.

Using his Twitter profile, @au_trout, Brad embarked on a daily journey for 53 days to satirically implore the club to release the goalkeeper kit, which is either solid verde or pink, depending on the match. The first call for the keeper kit was posted on March 26 and consisted of clever GIFs for the first two weeks.

Then, Brad stepped up his game and started making daily videos.

Brad's videos are rather entertaining, too, if you have time to fall down the rabbit hole. He's incorporated references to "Jurassic Park," "Star Wars," "Austin Powers," "Pinky and the Brain," the Kentucky Derby, Rick Astley (yes, he "Rick Rolled" Twitter), N*SYNC (It's Gonna Be May), the Simpsons and more.

Here are a few of my favorites just to get you started:

"Pinky and the Brain":

Well @AustinFC, I have so far failed in my quest for the VERDE KEEPER KIT. But don't you worry. I'm a maniac for this thing. Back to the drawing board for tomorrow... pic.twitter.com/9BdcNN2wcj

Found a pretty good simulation of me once @AustinFC relents and finally releases the VERDE KEEPER KIT. pic.twitter.com/iRlV8AQNgA

May the 40th Day of me begging for the VERDE KEEPER KIT to be released be with you @AustinFC. pic.twitter.com/JonCNDfD97

*whispers to @AustinFC and @McConaughey*

If you sell it, we will buy. pic.twitter.com/6JWsoNbqx8

Are you an @AustinFC fan and need a VERDE KEEPER KIT now?

On March 17, Austin FC released the keeper kit in the Verde Store at Q2 Stadium, announcing the release with a video of starting goalkeeper Brad Stuver.

Brad thanked the club for being good sports and allowing him to have fun with his #ReleaseTheKit campaign at their expense. It's safe to say he was rather excited to get his hands on one. Brad's final tweet included a compilation of the videos he and his wife, Kerry, made throughout the 53 days of the #ReleaseTheKit saga.