Midland's leader in Bobby Crosby is excited for his first season as manager. 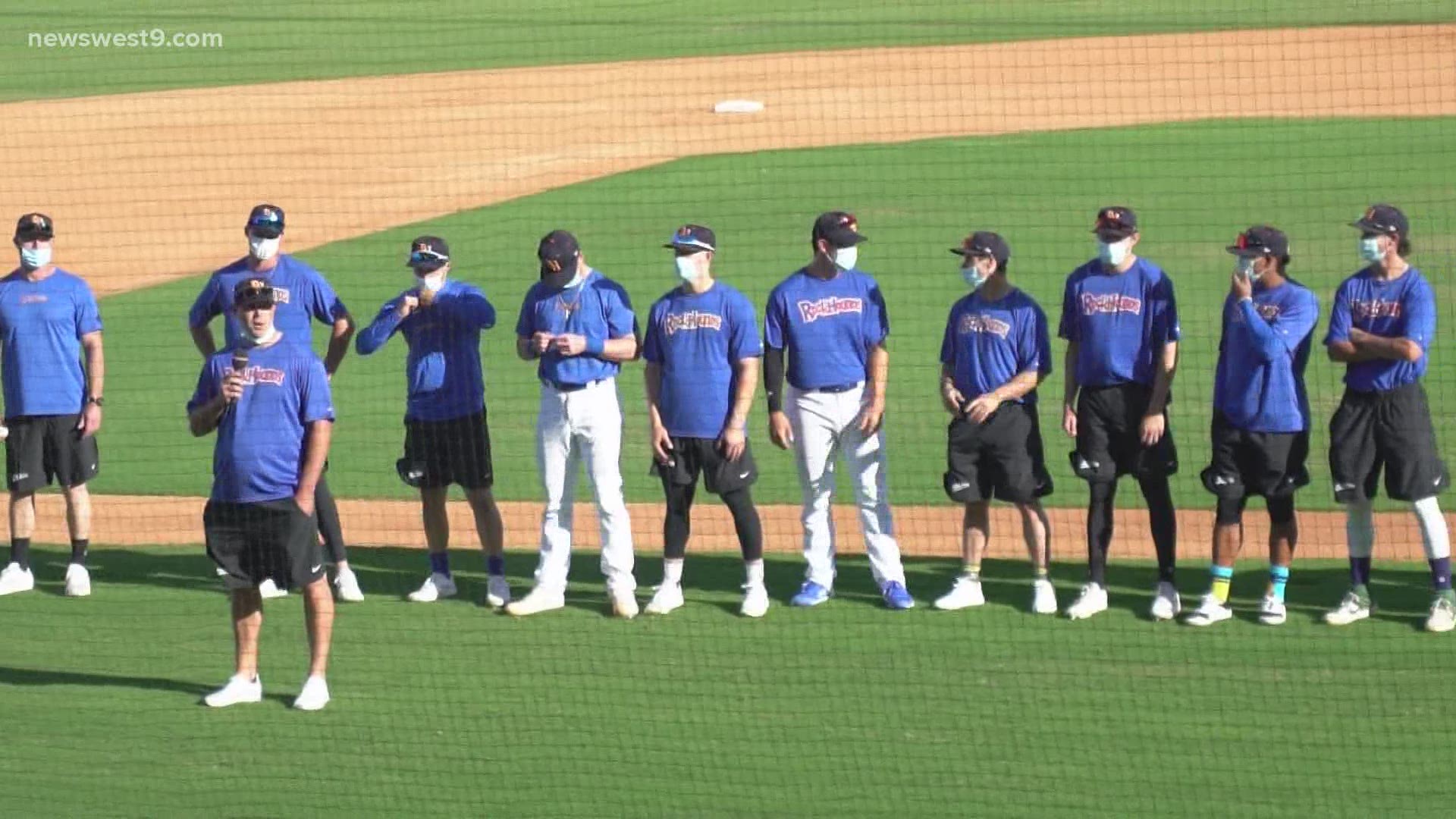 MIDLAND, Texas — The Rockhounds have a new manager at the helm, but he's no stranger.

Bobby Crosby was an assistant coach for Midland in 2019 - helping the squad with hitting and coaching infielders.

As a player, he was named American League Rookie of the Year with the Oakland Athletics.

Crosby is embracing his new role in 2021.

"I got a lot more on my plate," Crosby said. "I got a lot more decisions to make. It's definitely a different feeling. I was really excited in '19 but I can't express how excited I am this year."

Developing his relationship with the players is a process, but he already has a leg up from his time as an assistant.

"I feel like I have a pretty good bond with the guys," Crosby said. "They trust me and know that I care about them. I think the guys are responding well and they're ready to play."

One of the important aspects of baseball Crosby is hoping to show his guys is how to have the hunger for victory, day-in and day-out.

"I'm ultra-competitive," Crosby said. "In the Minor Leagues, you have to find that fine balance between developing guys and winning. I think it'll be a good balance for these guys."

The Rockhounds start this season on the road with their series against the Frisco Rough Riders before their home opener on Tuesday, May 11th.