Panthers senior and quarterback, Harper Terry, tells us about his conversation with the President. 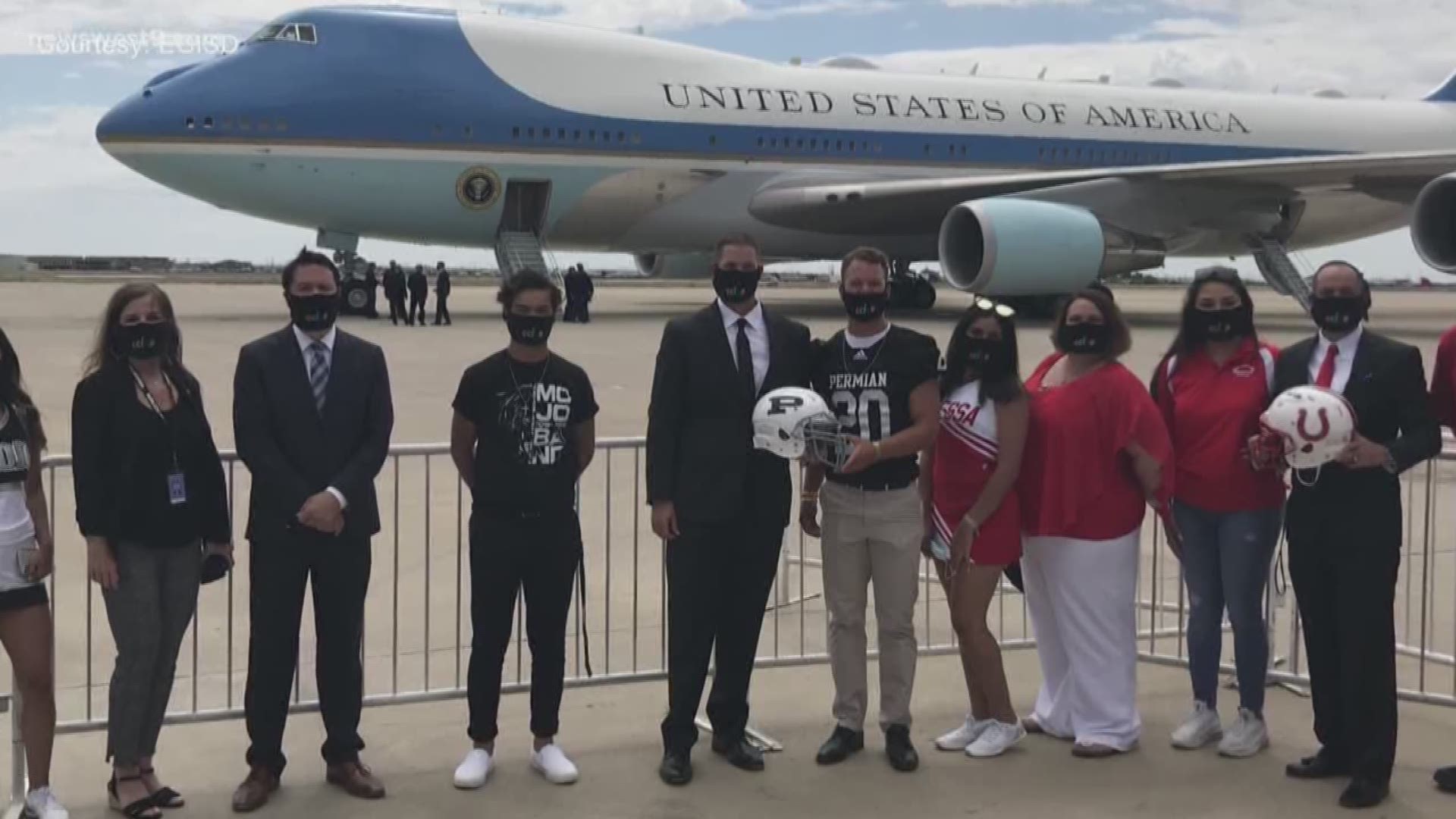 MIDLAND, Texas — Imagine meeting the President of the United States as a 17-year-old.

Permian's starting quarterback in Harper Terry got that opportunity and their conversation was a fun one.

"He asked how the team is going to do this year, what position I played, and he asked if I was good at playing the quarterback position," Terry said.

President Trump is no stranger to Friday Night Lights, either.

"Even the President knew what that was," Terry said. "Right as he got off the plane, he mentioned Friday Night Lights."

"Anyone that you talk to has never met the President in their life," Terry said. "Yet here I am, a 17-year-old kid, getting to meet the President of the United States. When you're so young, you don't know how big it is until you have older people explain it to you."

We'll see if that Presidential MOJO carries into football season.