MOJO gave us a sneak peak of what's to come in the fall. 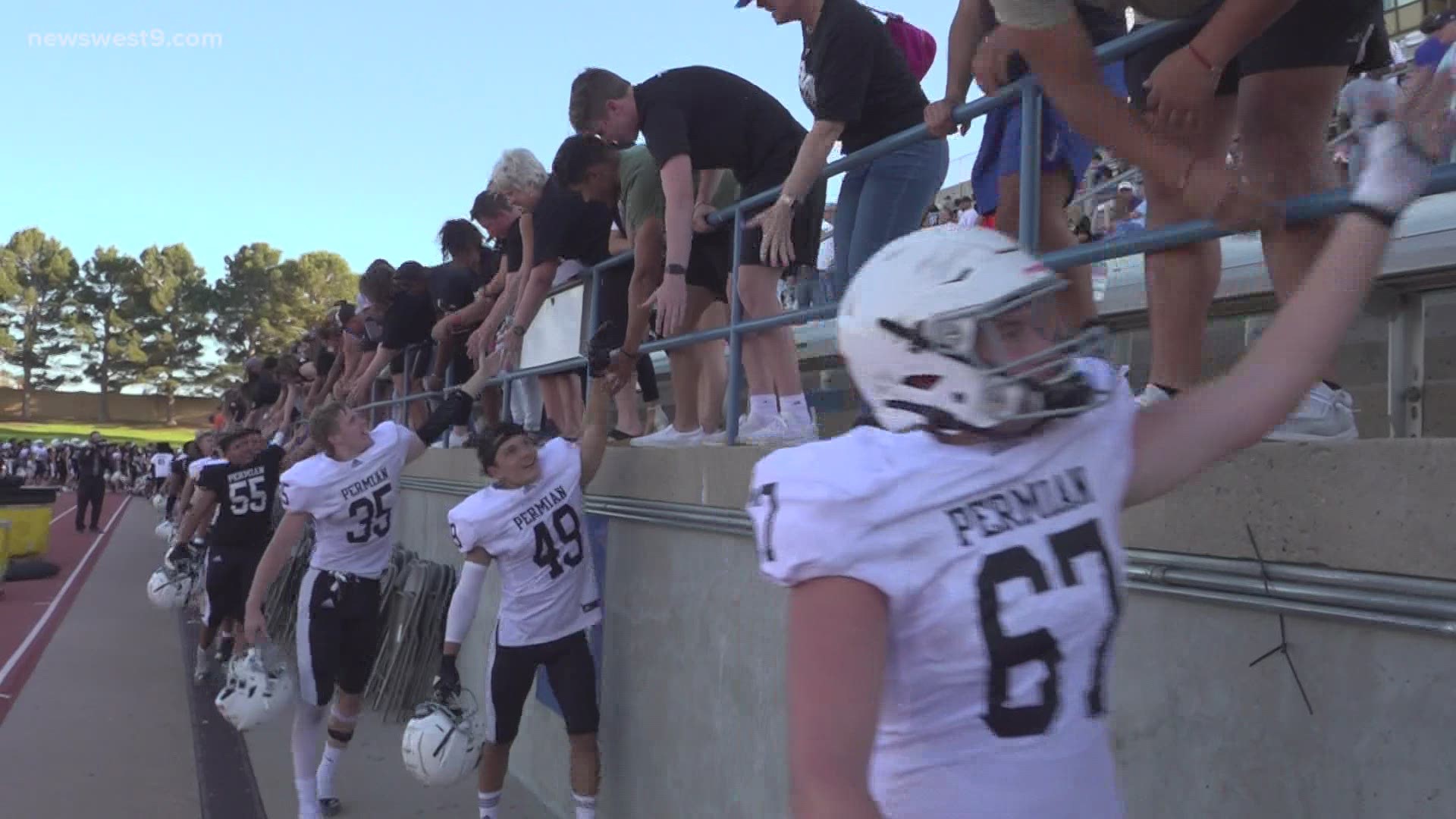 ODESSA, Texas — High School football is on the way.

Permian's annual scrimmage was canceled last year due to the pandemic, so it was especially exciting to be back at Ratliff.

The fans were in the stands, former players and alumni were cheering on the boys, and the Panthers were going at it on the field.

"It's good leading these guys," Junior Quarterback, Rodney Hall, said. "I got a good group of people around me. Seeing all the fans come out, the atmosphere, it felt amazing."

Head Coach Jeff Ellison gave his perspective of how spring football is coming along so far.

Next up for MOJO is two-a-days followed by their first game of the regular season on August 27th against El Paso Pebble Hills.