Friends, families and classmates showed up to support these high school athletes sign letters of intent to continue their education and sports careers. 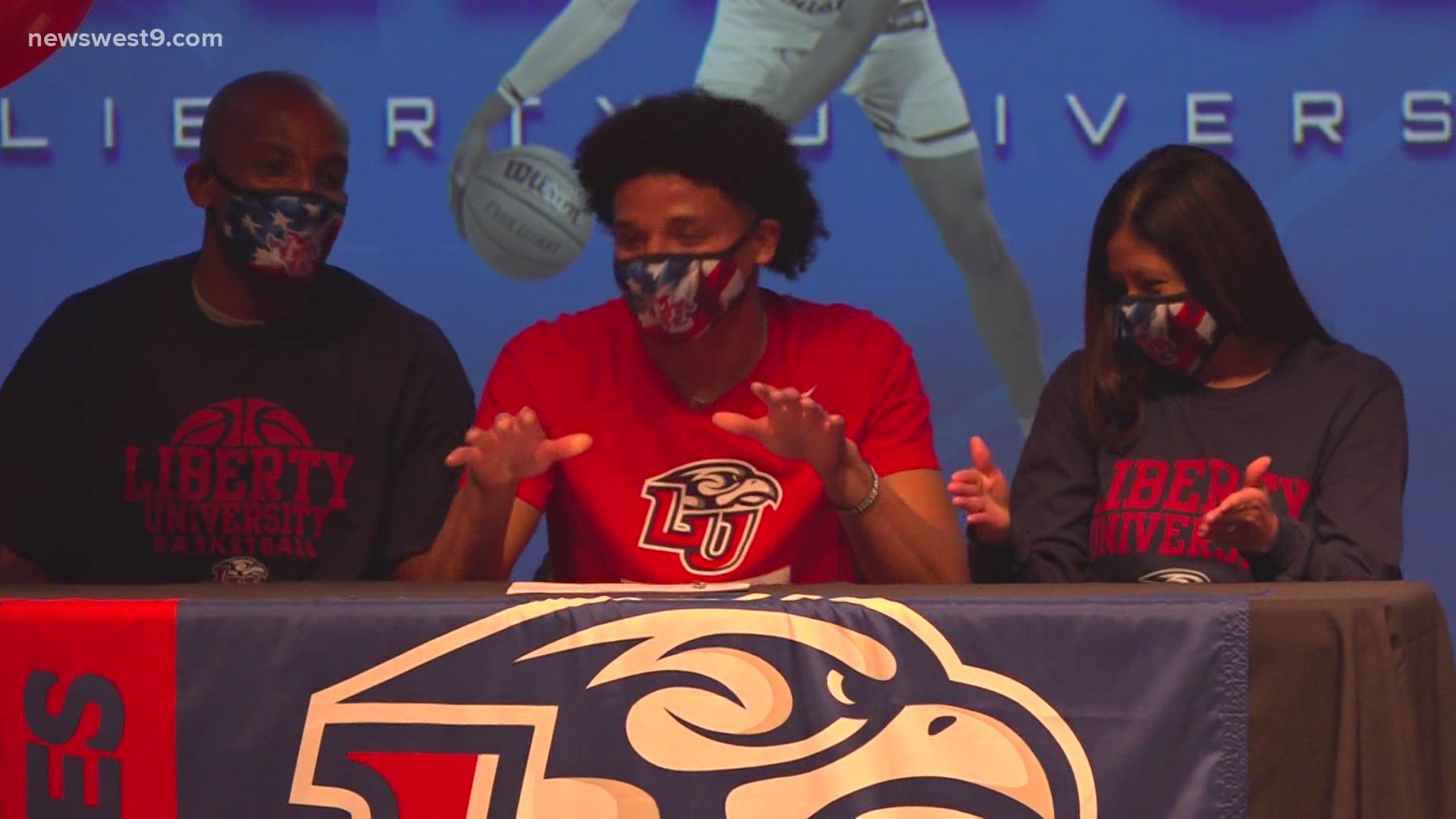 TEXAS, USA — High school athletes from across the Permian Basin signed their letters of intent on Nov. 11, National Signing Day.

At Midland Christian, star basketball player Joseph Venzant signed to continue his education at Liberty University. Signing has been a lifelong dream of his, especially after seeing his brother sign.

For the Venzants, family is the backbone to it all and Joseph says that's part of the connection he felt with liberty.

"Just seeing how all of them weren't afraid to worship and not afraid to know who their God is, so it's just a big deal to me and my family. Religion is a big part of my family so just [I'm] comfortable being there," Venzant said.

It wasn't just Joseph's family who was there-childhood friends from both Midland Lee and Midland High came out to show him some love too.

Perales says staying in West Texas was important to her, especially these days.

"A lot of things went in, but mostly everything going on int he world, my family and I decided it'd be best to stay here and stay at home," Perales said.

For Permian's baseball team, Teo Banks has signed to join Tulane's baseball squad while his teammate, McCrary Gann will be heading to Texas State.

Both players throw in the low 90s and it's been a while since the Panthers have had multiple Division 1 baseball commits. They're hoping to start a trend.

"Hopefully it helps kids realize that are playing baseball, they have a chance to make it out of the 432. I mean always dream, al the hard work finally paid off," Banks said.

"Football, baseball, whatever sport it is, a lot of guys don't get the chance to do this and for me to represent the community of Odessa, it's great. Hopefylly put some more guys out there, look at Odessa and say they produce good athletes," Gann said.

As for the Midland Rebels, Kannon Torres will be headed to Luna Community College for baseball while his teammate Trevor Roper will continue his playing and academic career at Blinn Junior College.

While the teammates may be moving on, they plan to have one last successful season in Midland.

Some other Midlanders who plan to stay in Texas include Midland High offensive lineman Brett Canis who has committed to Texas Tech and Midland Christian infielder Cody Grebeck has officially signed with the Baylor Bears. 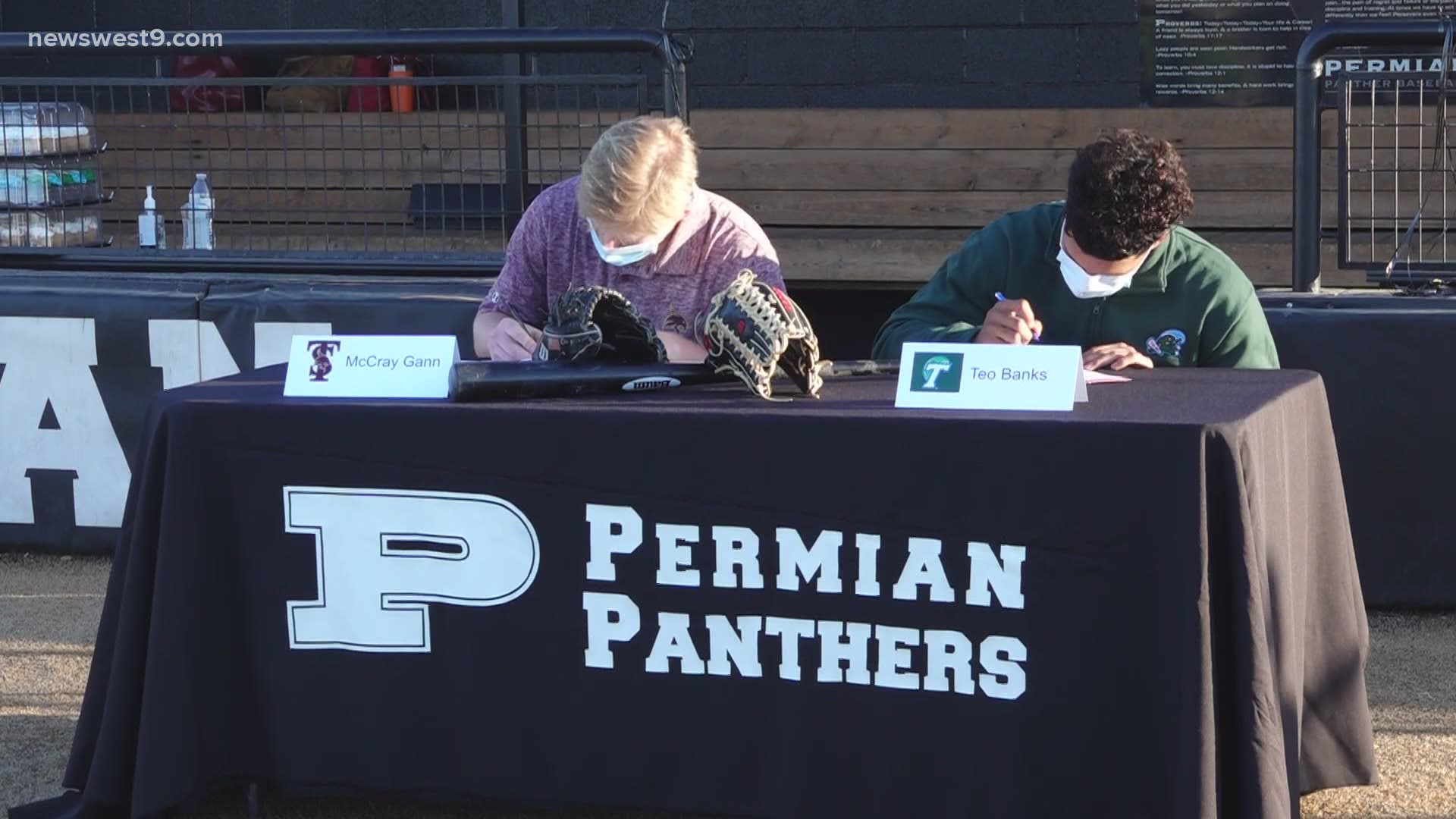