The ducks at Wadley-Barron park are re-homed

69 of the 80+ ducks at the duck pond are relocated at McCamey, Texas. 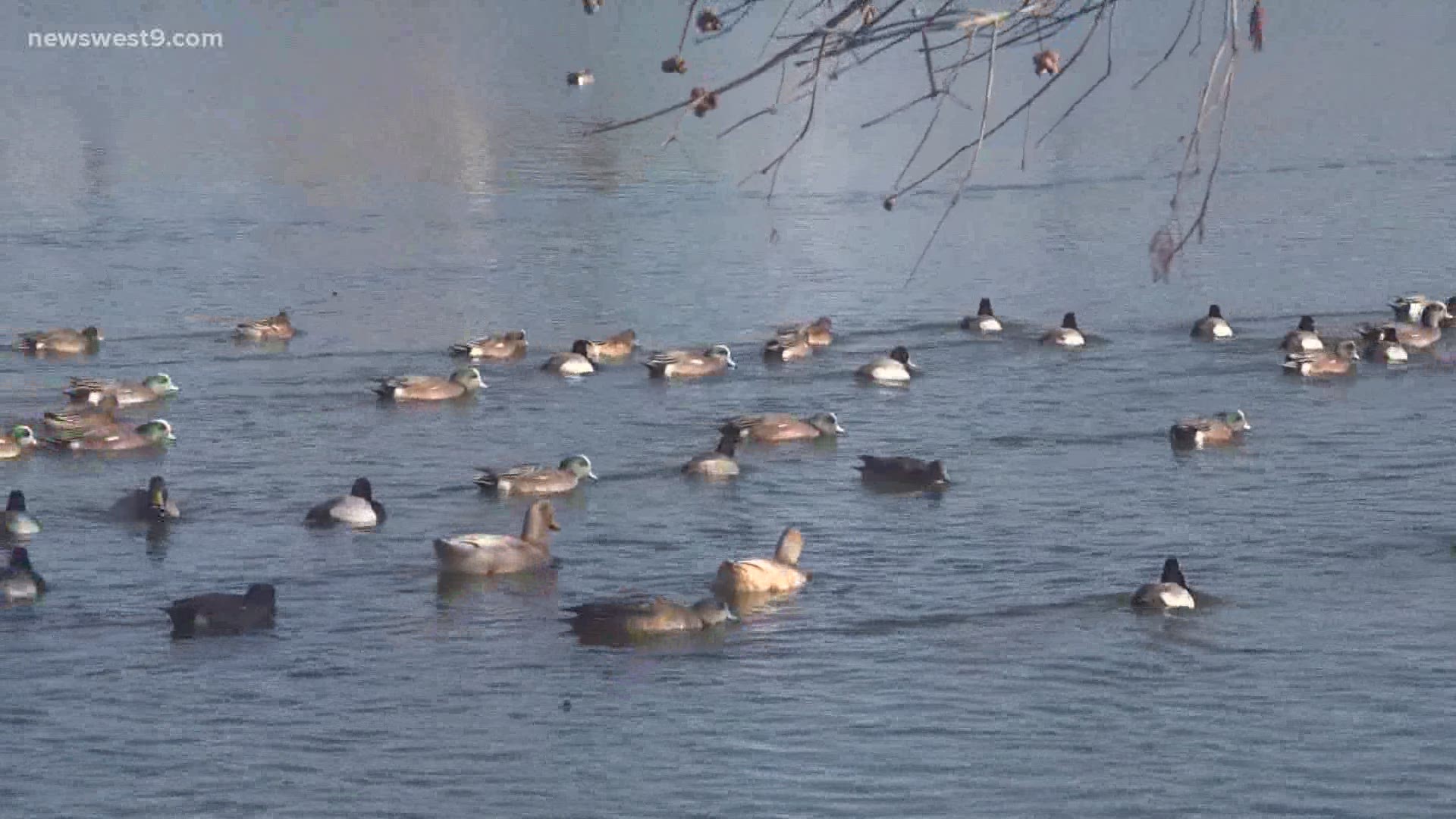 "Our parks are for the people as well as the wildlife and we have to try and find that balance," said Mike Bodenchuk, state director of USDA wildlife services said.

Because the city of Midland got a complaint from a resident last November in reference to the overcrowded duck population here.

But the city also felt it was time for a majority of the ducks to be re-homed.

So they called on their partner, USDA wildlife services to manage the issue.

Texas' state director said the last duck call they had was from Midland county back in 2010.

The USDA wildlife services group captured and released 69 of the 80 plus ducks that lived at the duck pond.

"Our employees developed what we call a drive trap. It's literally just some fencing and a box that we walk the ducks towards," Bodenchuk said.

"We found a landowner near McCamey who has a proper facility who wanted the birds on the water. They're going to have the right kind of habitat there and the duck droppings aren't an issue on his property because he doesn't have the human traffic that a park would have," Bodenchuk said.

The ducks that didn't cooperate with the capture and re-release were left, leaving some of the quacking and waddling where it's known to be.