The thrill of the vault: An Odessa athlete's journey to the Olympics

Toby Stevenson, a Permian High graduate, won a silver medal at the 2004 Olympics in Athens. 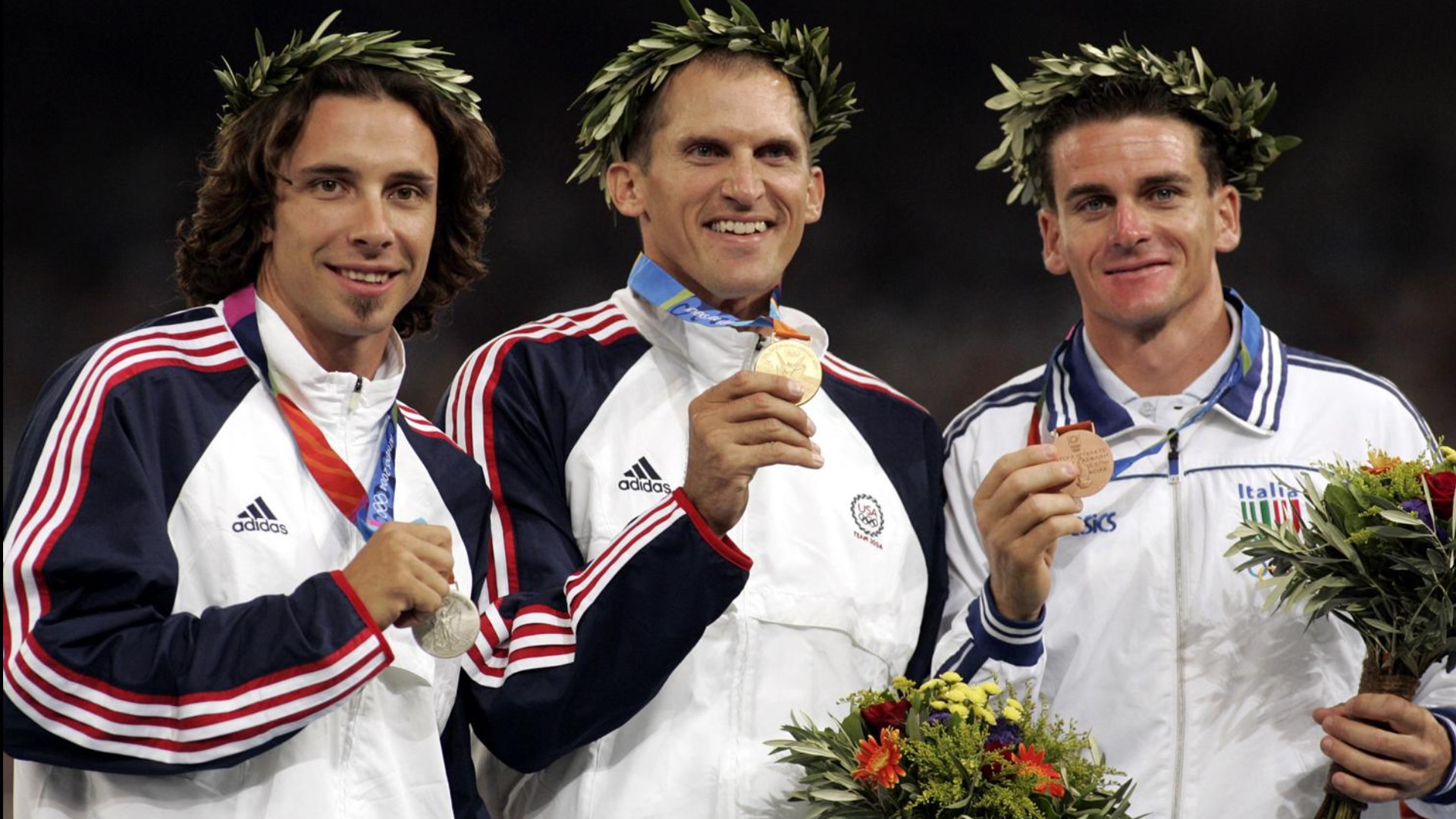 ODESSA, Texas — As new Olympians compete and join the ranks of the winners, they carry on a legacy of those who came before them.

Toby Stevenson is a Permian High graduate who competed in the Athens Olympics in 2004.

While he started pole-vaulting in his back yard in Odessa, the self-admitted thrill seeker made it all the way to a silver medal.

"The thrill of it has always been for me I'm relying on myself. It's not a team sport. If I screw up it's on me right? If I do well it's also on me right? I kind of have that ego about myself. I really enjoy  ind of like the circus act of it. The repetitive nature of it. The thrill of it… is what we're doing.  I'm getting upside down. I'm bending a stick to get over a stick and landing on a soft mat. It's just an insane event. I loved every minute of it,” Stevenson said.

The Olympian says his love flying through the air came from his dad, but found support at Permian and with his coach that helped him reach new heights.

"My high school years were very formative for me. Growing up in Odessa with the history of athletes, particularly football, but every sport in that West Texas region is great. so for me, as someone who didn't play football and come up in those ranks, I was searching for that athletic thing that I needed and I wanted and I found that in track and field. So for me it was pushing myself to be one of the best athletes to come out of West Texas,” Stevenson said.

During his senior year, he became the top ranked 18-year-old pole vaulter in the world and made a name for himself for being the only pole vaulter wearing a helmet during jumps. Stevenson wore this due to a head injury he sustained in 1995.

After his graduation from Permian, he kept running and flying high at Stanford University before eventually landing at the Olympics.

When it came to that moment, Stevenson was nervous.

“I was nervous. I was anxious. I had a lot of faith in myself and a lot of belief in myself. Nerves are a good thing. Nerves mean you care. I cared about my performance. I wanted to represent myself, my father, Team U.S.A., and Permian High School in a way,” Stevenson said.

While he came up a little short on his last pole vault, he still walked away a winner with a silver medal.

"It's like that scene in the movie Hoosiers. The small town basketball team that goes to the big leagues. It's the same as that pole vault pit in my back yard in Odessa, Texas or at Permian High school,” Stevenson said.

While Stevenson loved the thrill of pole vaulting, he retired in 2010, but he now passes along his knowledge to other athletes by coaching at the University of Washington.