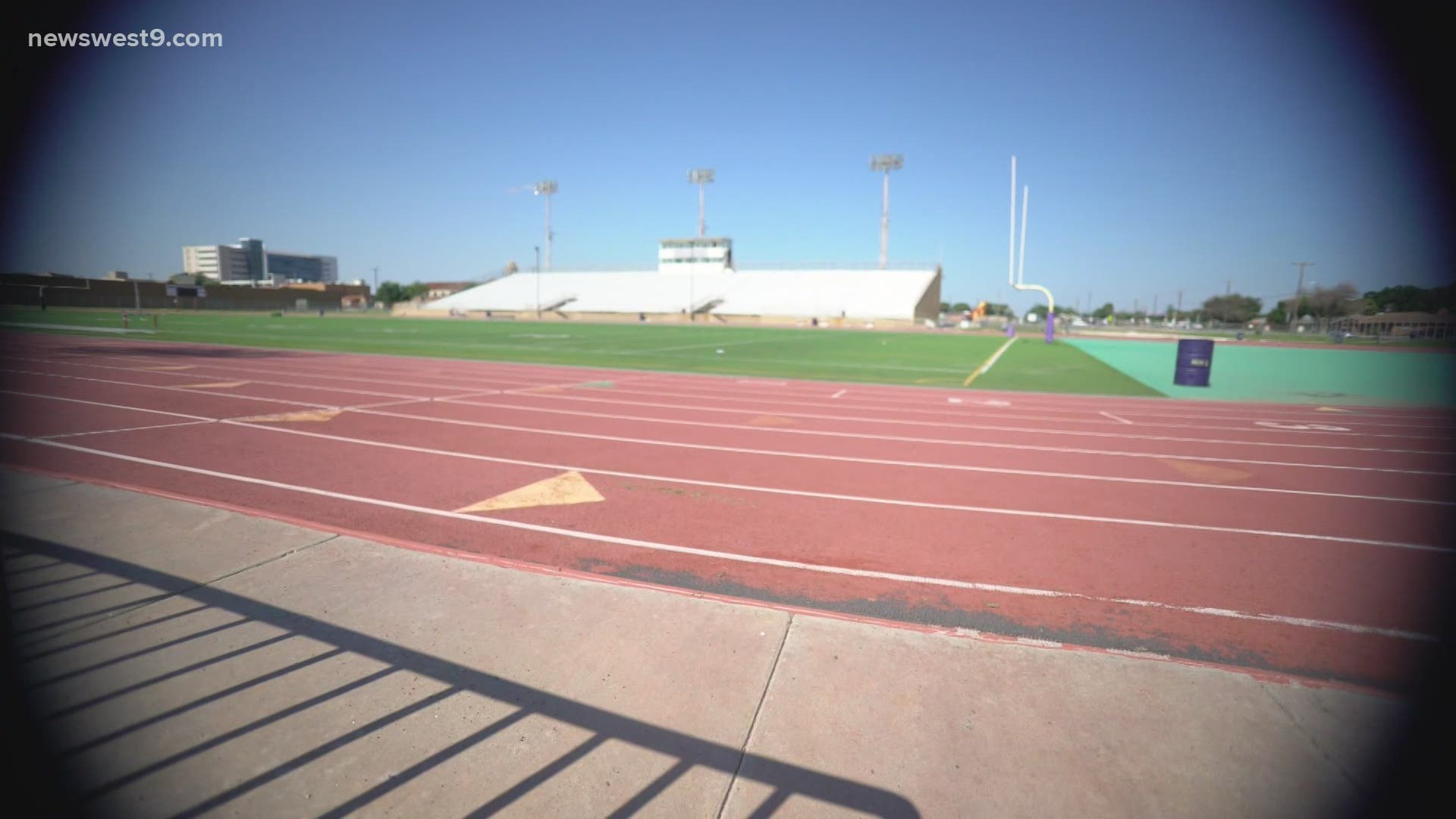 "The prior track that was here was very inferior, it had only seven lanes," said track donor Tevis Herd. "The surface was a black asphalt type surface that needed constant repair."

So as most Midlander's do, Tevis saw a need and filled it. He chased down a group of donors to replace the track and install a turf field.

The project would cost a measly $2.2 million. To complete the track, fellow donor Van Pearcy knew exactly who to call.

"Almost every Olympics, Mondo is the surface, it’s the fastest track surface in the world," Pearcy said. "There’s technology in the track and the rubber surface, so that it gives it a little extra kick back from the foot plant when kids are running."

That's exactly who these men wanted to impact, the next generation. The group of men who donated the money didn't do it for recognition. They did it because they simply loved track.

"It’s very enjoyable to see the summer track programs go on here, the high school meets that go on here," Pearcy said. "It’s great to see it going on here on this surface."

As one of the track athletes of the past, Herd knew what it needed.

"I was a miler and cross country runner and I knew the facilities were inferior and there was a way to improve them," Herd said.

Those donations did exactly that. Providing an Olympic surface for the students who run on that track.

"If it wasn’t for the generosity, and the love of the community, I don’t know if MISD would have any facilities," former Midland Independent School District Athletic Director Nancy Surber said.

That’s the story, it’s not about the oval you see with your naked eye. It’s about the random rubber pellets that bonded together to make something bigger than themselves. Sort of like the people who created it.