American record holder Shelby Houlihan's request for an emergency injunction was turned down Friday following her 4-year-ban for nandrolone. 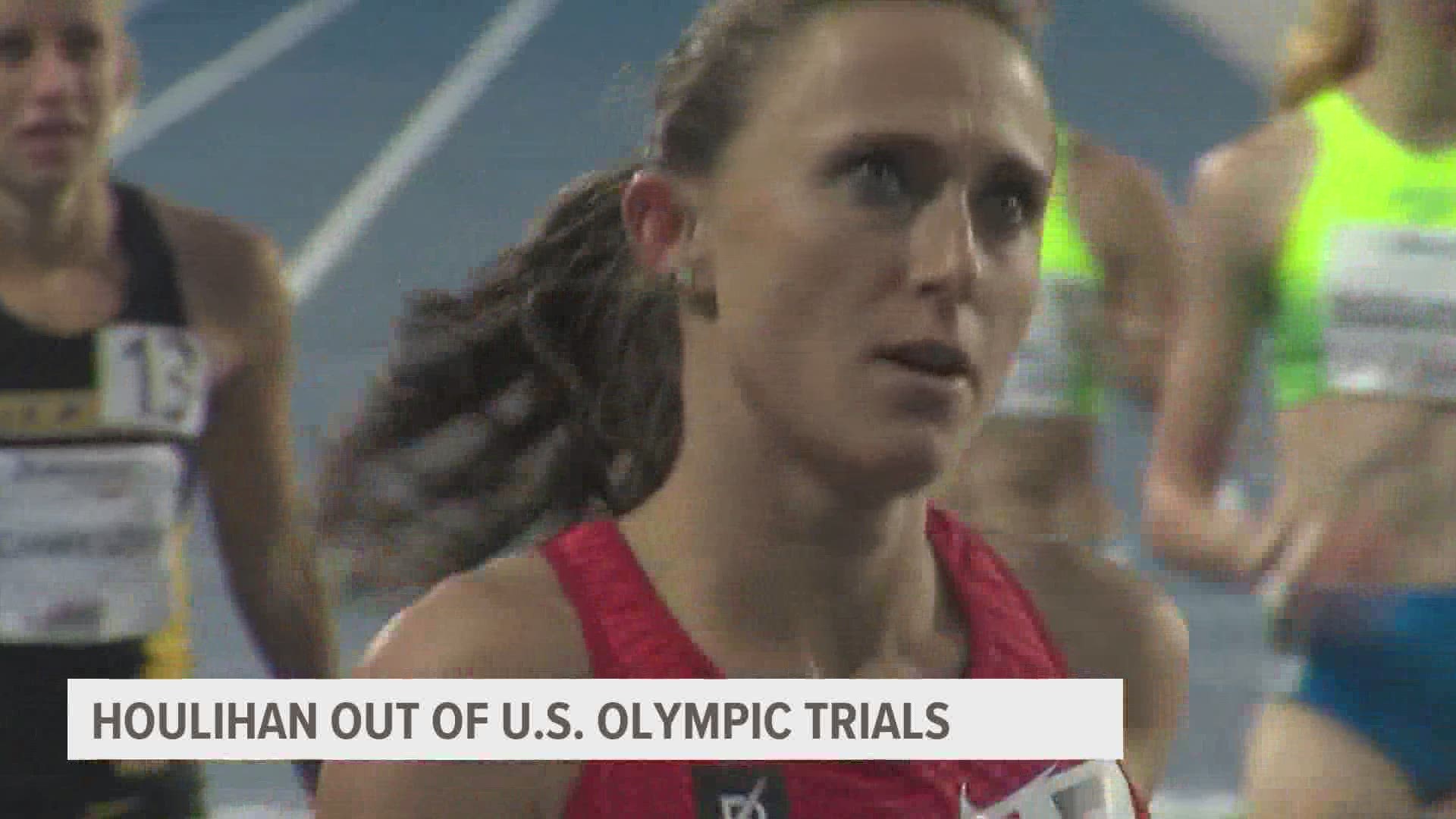 EUGENE, Ore — Shelby Houlihan's quest to overturn her doping suspension in time to run at this year's Olympic trials is over. Houlihan's request for an emergency injunction from Switzerland's highest court was turned down Friday because the court didn't have the original decision to reference in order to make its own judgment.

The Switzerland-based Court of Arbitration for Sport announced earlier this week it had banned Houlihan for four years after international testers found traces of the performance enhancer nandrolone in her system.

Houlihan, who finished fourth at world championships last year in the 1,500 and holds the American record at both 1,500 and 5,000 meters, says the positive test came because she ate a pork burrito hours before the test. There are many examples in recent years of tainted meat causing positives.

Houlihan had been entered in Friday's preliminaries for both distances at Olympic trials, but her name was removed before the races started.

She offered an update on the case on social media.

“I want to be clear that, contrary to media reports, I never had any intention of competing if this injunction wasn't granted,” she said. “If I was going to race, it was going to be the right way. I respect the sport and my competitors too much.”

Her uncertain status for the races threw the day leading into the start of trials into chaos.

USA Track and Field announced early Thursday that Houlihan would be allowed to run until she had exhausted all her appeals, which presumably included an appeal to the Swiss court. That brought a backlash from athletes and others who asked why an athlete who had received a ban from CAS, the ultimate authority in the sports world, was being allowed to race.

USATF and the U.S. Olympic and Paralympic Committee came back later in the day and said they would adhere to all antidoping rules. USATF explained that it didn't receive official notice of Houlihan's ban until late in the day, and therefore hadn't been in position to remove her from the lineup.

Meantime, Houlihan's team sent its appeal into the Swiss high court, asking for an injunction. While that request was denied, Houlihan said she would pursue the appeal once CAS issues its full decision.

“I am told that appeals of this kind are difficult to win, but I continue to believe that the truth will prevail,” she said.

In a social media post, and a video news conference earlier in the week, Houlihan and her attorney gave a detailed explanation of their case — including the existence of hair samples that offered no evidence of long-term buildup of nandrolone and a food log that showed she ate the burrito hours before the test.

“I can’t begin to find the words to express how disheartening this is,” she said in Friday's post on Instagram. “It absolutely breaks my heart to have my dreams and career taken away for something I did not do.”