Every swimmer remembers their first jump off the diving board. For Russell, it was the start of something big. 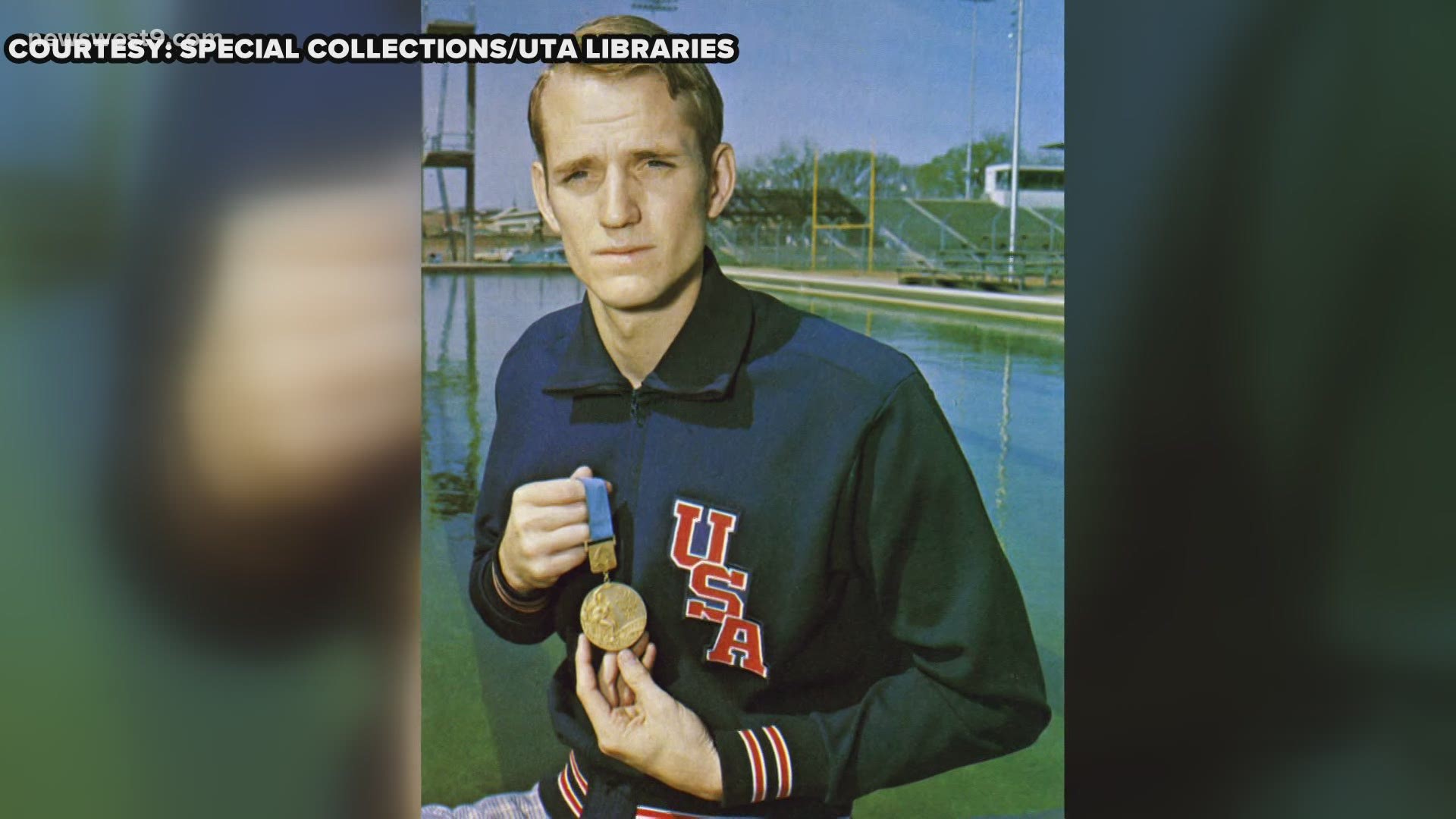 MIDLAND, Texas — Have you ever taken your children to the Doug Russell Pool and Park in Midland?

It's a great place to swim, but did you know it's named after an Olympic swimmer from Midland?

Doug Russell won gold in the 1968 Olympics in Mexico.

Every swimmer remembers their first jump off the diving board. But Doug Russell needed a little push from his father.

"One day he said 'come out here. I want to show you something.' He walked out on the diving board with me and he took me by the seat of my pants and threw me in,” Russell said.

Doug swam at a Hogan Park every summer. There was once a pool there, but it’s now buried underground.

"Mom would go to work in the morning. She would leave me a quarter. A dime got me in. That's what it cost me to go swimming. I had 15 cents. So 10 cents went to a drink and five cents went to a candy bar and that was my lunch," said Russell.

Doug liked to race the waves. He was so fast, a coach asked him if he wanted to be on the swim team.

"Wow it doesn't cost anything and I get to stay at the swimming pool longer and swim and there is races and stuff? I'm in."

Doug's life took a detour in 8th grade, moving to Fort Worth. And of course, he found the nearest swimming pool.

Eventually he began swimming for the Panther Boys' Club coached by Don Easterling, who would get him to the Olympics..

But the road to get the gold lead him back to Midland, when he and his mom moved back.

A sophomore at Midland High, he was so good at swimming he competed in the national championships.

"Unfortunately the last day I got a disqualification in the 200 individual medley. It was a long summer. A lot of hard work so I got disillusioned and I came back to Midland and played high school basketball," Russell said.

So he quit swimming and ended up, on Midland High's basketball court.

Playing for the team on the hardwood taught him a few goals.

"You get knocked down, you just jump back up. There is no woe is me," Russell said.

Doug credits all the running on the basketball court for strengthening his legs for swimming.

"Those are some of the detours that look like, you know, they're ditches and the end of the road. They end up, you know, being the best thing that ever happened to you,” Russell said.

Despite the detour, the pool was calling.

Doug wrote to Easterling, who was coaching at UT Arlington, saying he wanted to swim again, and in the summer of 1968 he got a shot at getting on Team USA. But the mental pressure of the Olympic trials nearly sunk him.

"I went into a cocoon. I shunned everybody that was close to me. I wasn't friendly or personable. I lived on the other side of the tracks. I walked to school. I didn't want to disappoint my mom,” Russell said.

But Doug came out of the deep end to make Team USA, crediting his trainers for teaching him to swim smarter, not harder.

The Mark he's talking about is Mark Spitz-the Mark Spitz who later set a record with seven gold medals at the Munich Olympics.

The two had raced the 100 meter butterfly before. Doug says he would always be in the lead until the end.

"It was a mental thing with me, I was the world's greatest 95 meter butterflyer."

At first Doug says the gold medal was his only focus. But while waiting to compete in the 100 meter butterfly, he had a change of heart.

"I finally decided that the race was not about winning or losing. I was about i was just going to go in there and do the best that I could. "

That change of focus paid off.

After winning gold, Doug needed a moment to take it all in.

Russell actually won the first ever Olympic competition for the 100 meter men's butterfly. He also won a second medal, swimming with Team USA to win the 4x100 meter medley relay.

When asked for advice for the Midland High Olympians, Russell said "Believe in yourself, believe in your training and most importantly have fun."