The Bronchos volunteered to help Odessa grandmother, Margarita Soto, in the process of adopting her grandchildren. 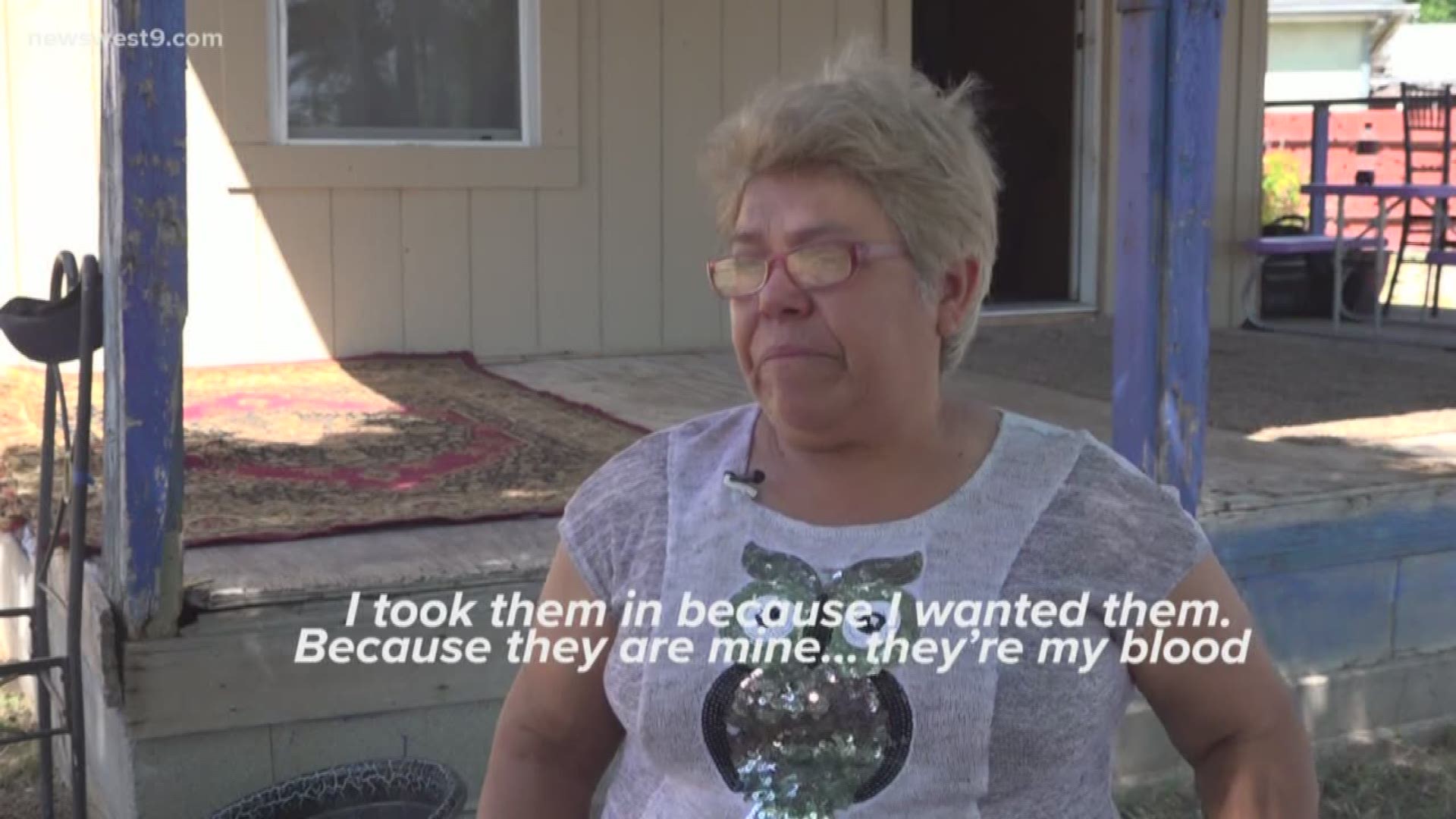 ODESSA, Texas — A grandmother's love can overcome anything, and in Margarita Soto's case, she's had to deal with several challenges in order to adopt her three grandchildren.
"The (CPS) investigation has been tough," Soto said. "That doesn't faze me because all I want is my kids, my grandkids. I love them and they can investigate everything."
Part of that process meant repairing parts of Soto's home for safety reasons and CPS had some unexpected help from Odessa High Football.
"We saw the need for a reconstruction of the house," OHS Athletic Director and football coach, Danny Servance, said. "Our kids jumped right in and were given instructions and you didn't have to talk to them about what to do and how to do it. They're a team, so they knew how to work together."
While Soto never had the chance to express her appreciation, she hopes her grandchildren care for the community the same way the Bronchos do.
"I want them to understand, when they are older, what I went through with them so they too do their part," Soto said. "One day in the future."

The impact was felt both ways.
"Coach always tells you that if you're an athlete, you're a role model," OHS senior, Perry Gonzales, said. "Doing that, you see first person that people actually look up to you and they want to be like you. That means a lot."
Inspiring the community that cheers them on is a responsibility the Bronchos embrace.
"We all want the stands to be full on Friday night, but no one ever thinks of giving back to those people who are in the stands," Servance said.

That selflessness and hope is part of what keeps Soto's belief so strong.
"God has blessed me and he won't leave me on my own," Soto said.
The Soto family is waiting on a court date for Mrs. Soto to officially adopt her grandchildren.