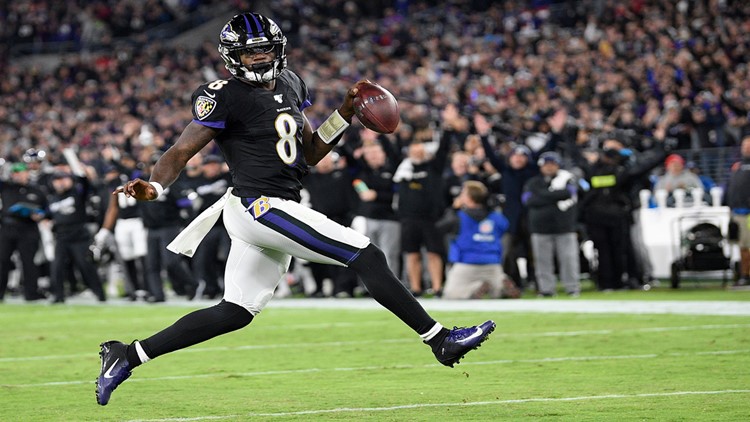 BALTIMORE — The New England Patriots' unbeaten season crashed to an end under the weight of their own mistakes and inability to contain Baltimore Ravens quarterback Lamar Jackson, who ripped apart the NFL's stingiest defense with his arm and legs in a 37-20 victory Sunday night.

Baltimore (6-2) zipped to an early 17-0 lead and let the Patriots (8-1) creep within striking distance before quelling the comeback with a 70-yard fumble return by Marlon Humphrey and a 5-yard touchdown pass from Jackson to Nick Boyle early in the fourth quarter.

Jackson then led a methodical 9 1/2-minute drive that ended with his thrust into the end zone from the 1.

Jackson, the slick second-year quarterback, ran for 61 yards and two touchdowns and went 17 for 23 for 163 yards and a score. Mark Ingram ran for 115 yards, and the NFL's leading rushing attack amassed 210 yards on the ground.

And so ended New England's 12-game winning streak, dating to last season and including the playoffs.