The superstars shared a moment as they walked off the field after a season-ending loss to the Tennessee Titans last weekend. 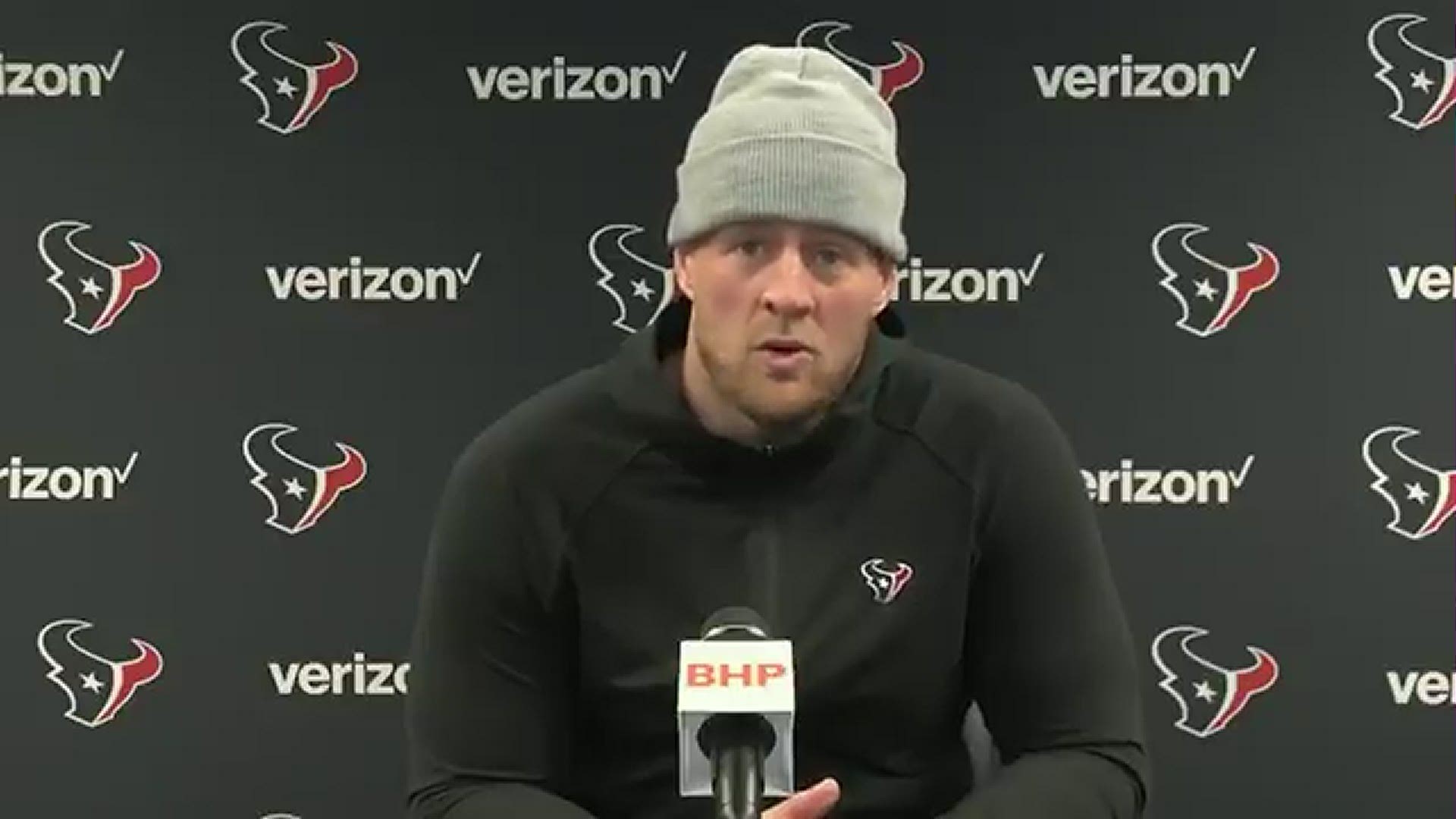 HOUSTON — Want proof that the players are just as human as fans?

After the Houston Texans lost the last game of the 2020 season, a pair of superstars walked off the field together with their heads down thinking about the culmination of the woeful year. Houston finished 4-11, tied for the third-worst record in the NFL and tied for the second-worst season record in franchise history.

Defensive stalwart J.J. Watt turned to dynamic quarterback Deshaun Watson and said the words that everyone in the city was thinking.

"I'm sorry, we wasted one of your years."

Watt to Watson after a tough season. pic.twitter.com/mcTVK3ZeJG

Watson turned to the three-time NFL Defensive Player of the Year and said, "I mean, we should have 11 wins."

RELATED: J.J. Watt on his future with Texans: 'There’s a whole lot of unknowns'

In September, the 25-year-old signal-caller signed a four-year, $156 million extension. He's signed with the Texans through the 2025 season.

"We wasted one of your years," Watt said as the duo walked off the field on Sunday. "I'm sorry."

Hopes were high for the Texans, who have won the AFC South four times since the 2015 season, but this season turned out to be a rollercoaster that no one wanted to ride.

Houston fired head coach Bill O'Brien after a tumultuous offseason that culminated with the team trading DeAndre Hopkins to the Arizona Cardinals.

Hopefully, the Texans don't waste any more of Watson's years.