The third lawsuit said the incident happened in December 28, 2020 at a Houston office building. 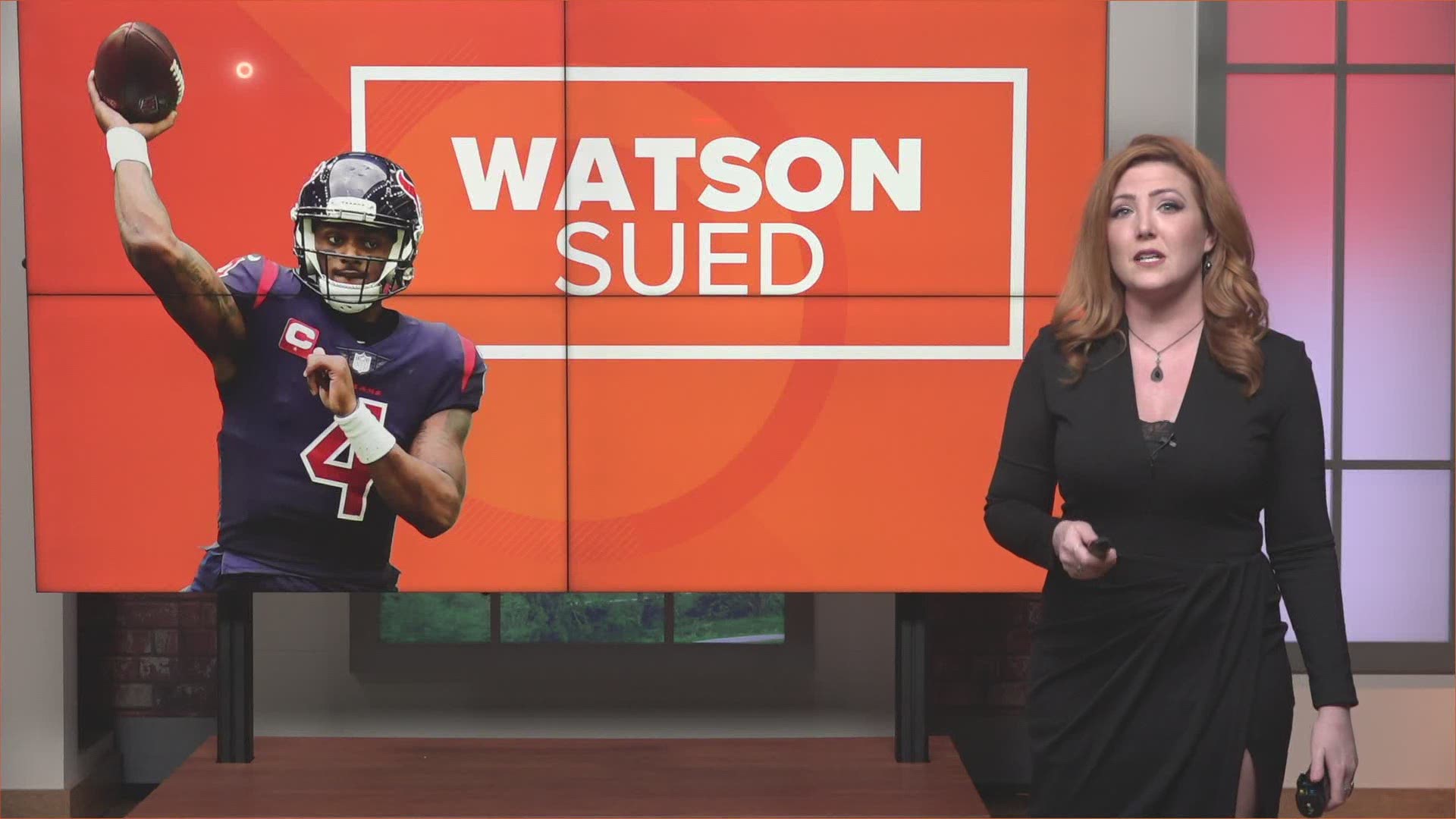 HOUSTON — A third lawsuit has been filed against Houston Texans quarterback Deshaun Watson, all by Houston attorney Tony Buzbee.

WARNING: Details in this story are graphic

The third one alleges that the Texans quarterback forced a massage therapist to perform oral sex on him during a session late last year.

It says that Watson scheduled a massage through an app for December 28, 2020 at a Houston office building,

The suit alleges that Watson got aggressive during the massage and was “forcefully telling her to move his hand down to his pubic area.” It goes on to say that he forced her to perform oral sex on him.

The massage therapist says she blacked out.

According to the lawsuit, she now has anxiety and depression and has trouble sleeping.

According to Buzbee, there are six more lawsuits coming Watson's way, which will bring the total to nine.

"The Buzbee Law Firm has now been hired by nine women to bring cases against Deshaun Watson. The allegations are similar. We have filed three, and, as we complete our due diligence, will file the remaining ones in due course," Buzbee posted to his Facebook Thursday afternoon.

Watson posted a denial on Twitter Tuesday.  He said he initially denied a 'baseless six-figure settlement demand' from Buzbee.  He also says he has 'never treated any woman with anything other than the utmost respect.'

The women, thus far, have been referred to Jane Doe in the court documents and are all licensed massage therapists. The first lawsuit came from a woman who said the alleged assault happened in her home last March. The second lawsuit claims last August, Watson paid to have a woman fly from Atlanta to give him a massage at a hotel.

He is said to have made inappropriate demands of a sexual nature.

Buzbee said these lawsuits are not about money.

In an Instagram post, Buzbee said every woman who has filed thus far has only pleaded the minimum amount to invoke the court's jurisdiction.

“We became aware of a civil lawsuit involving Deshaun Watson through a social media post last night. This is the first time we heard of the matter, and we hope to learn more soon.

"We take accusations of this nature that involve anyone within the Houston Texans organization seriously. We will await further information before making any additional statements on this incident."

We learned Thursday morning that Watson is being represented by well-known Houston attorney Rusty Hardin.

There are no criminal charges against Watson. This is a civil case only.