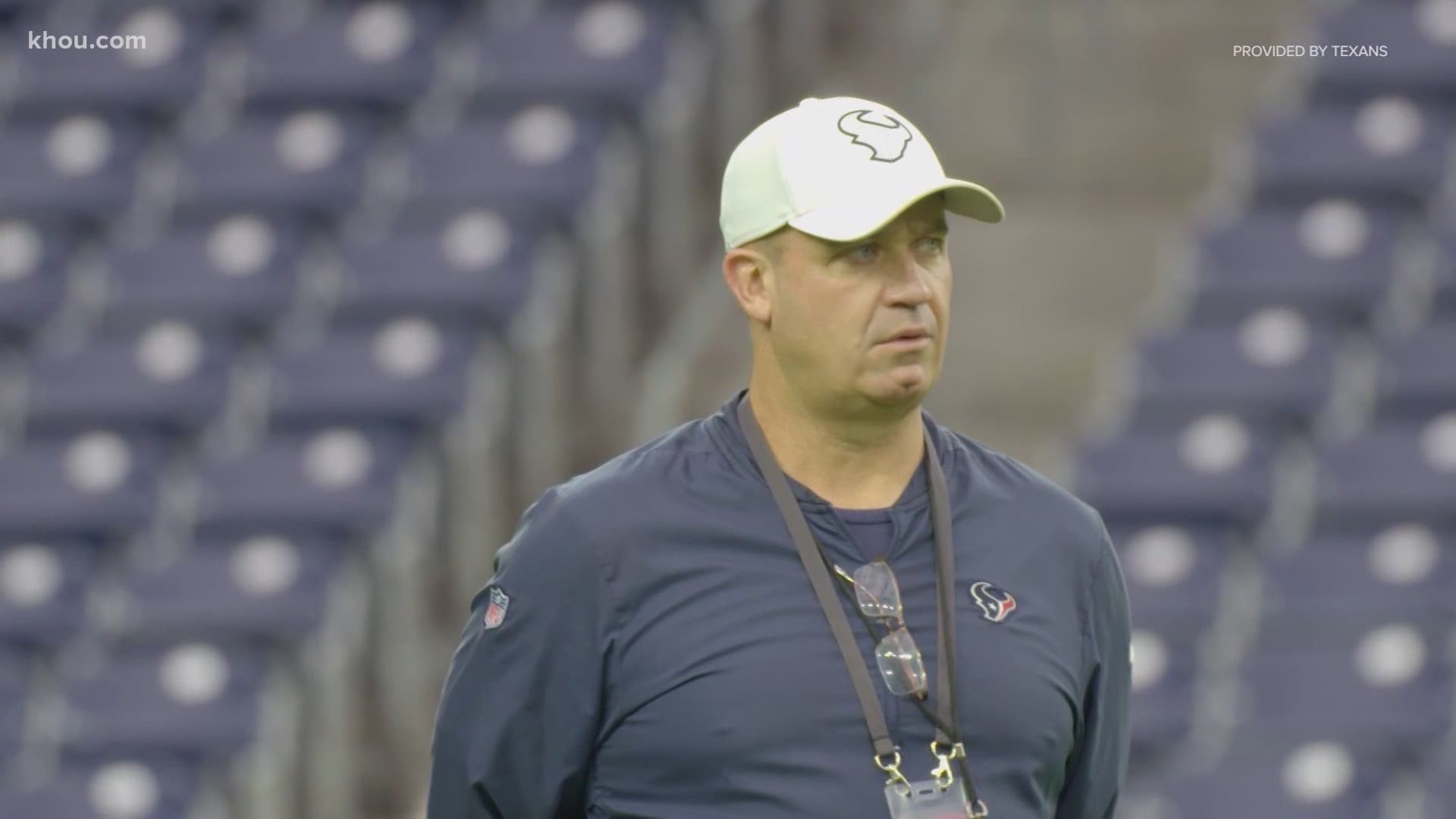 HOUSTON — The Houston Texans fired head coach and general manager Bill O'Brien on Monday, a day after the team lost 31-23 to the Vikings.

Houston is 0-4 this season and last in the AFC South.

O'Brien coached the Texans since 2014, accumulating a 52-48 record in the regular season and a 2-4 postseason record. Houston reached the postseason four out of the last six seasons but won only two postseason games.

O'Brien said in a news conference he respects the decision and "that's the business."

"We did a lot of good things here but we didn't do enough," O'Brien told reporters.

Associate Head Coach Romeo Crennel will take over as interim head coach for the remainder of the season, Texans Chairman and CEO Cal McNair confirmed in a statement:

“On behalf of my family and our entire organization, I want to sincerely thank Bill O’Brien and his family for their impact on our franchise. Bill’s leadership moved our organization forward as he guided us to four AFC South division championships, 52 wins and multiple playoff appearances during his tenure. Bill proved himself as a coach and leader in this league. I spoke with him earlier today and told him we are moving in a different direction. Romeo Crennel will serve as our interim head coach for the remainder of the 2020 season. We have a talented team and I have no doubt our players and staff will rally to make Texans fans proud as we aim to win championships and do great things for the city of Houston.”

Brian said he talked with the players Monday afternoon.

"I told them I love them. I think these players are just awesome guys," he said. "It was a pleasure coaching them and I’m going to miss seeing them every day."

But he had recently bumped heads with some prominent players at practice, according to CBS Sports NFL Insider Jason La Canfora.

After O'Brien was given the title of general manager in the offseason, he made several controversial decisions, including trading DeAndre Hopkins to the Arizona Cardinals.

An incredible situation for the #Texans. Jack Easterby comes in to evaluate the program. Fires GM Brian Gaine. Now Bill O’Brien gets fired, with word they had not seen eye-to-eye recently.

He said Monday he has no regrets about decisions he made and everything he did was for "the good of the team."

The Texans have the NFL's highest payroll this year at $248 million according to ESPN's Adam Schefter.

🔘 Blew a 24-0 lead in the playoffs vs. Kansas City
🔘 Traded away DeAndre Hopkins
🔘 Started the season 0-4 in a year where Houston does not have their first and second-round picks
🔘 Fired by the Texans pic.twitter.com/K3IQ3yMrst