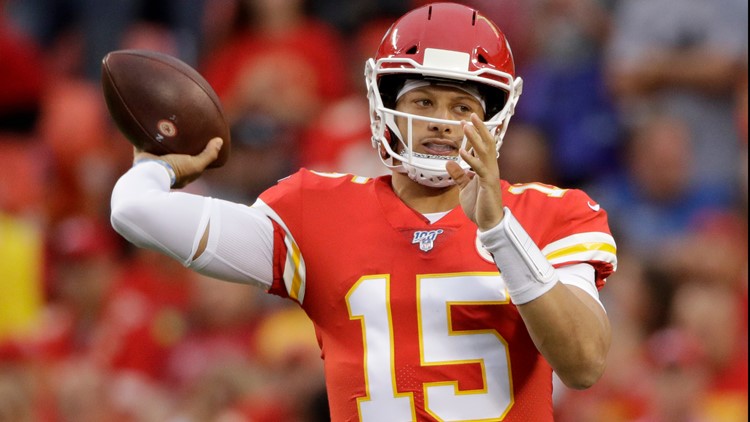 A Texas team might not be playing in the Super Bowl, but there are athletes with Texas ties

While Texans were hoping for a stronger Super Bowl connection (*cough* Cowboys *cough), no NFL team from the state made it through.

However, there are a number of players who have called Texas home at some point. And they're not all named Patrick Mahomes either.

Here's a look at some of the players from the two Super LIV teams who have a Texas connection.

Mitchell is from the Houston-area, calling Galena Park, Texas, his hometown.

He was drafted by the Texans out of Arizona in the third round of the 2010 draft.

Mitchell announced on Instagram in November he was retiring from football but was re-signed by the 49ers at the end of the regular season to help shore up their defense.

Nelson came from a football family and moved around a lot growing up, as his dad moved for work as a coach.

However, Nelson spent his senior year in China Spring, Texas, where he was a tight end and long snapper.

He was born in Norman, Oklahoma and lived in Canada, Georgia, Kentucky, Arkansas, Oklahoma, and New Mexico, in addition to Texas, while growing up.

Sanders is a veteran pro, who was drafted by the Pittsburgh Steelers out of Southern Methodist University in the third round of the 2010 NFL Draft.

He was a three-year starter at SMU and was named to the All-Conference team his last two years.

Sanders has played for a few NFL teams, including being part of the Broncos squad that won Super Bowl 50.

He was traded to the 49ers in October.

Thomas was born in Chicago and spent much of his childhood in Australia where his father had a position with Procter & Gamble.

He didn't play football until he moved to Coppell, Texas.

Wilson is a second-year player who went to the University of North Texas and grew up in Elkhart, Texas.

His father, Jeff, Sr., was a running back for the University of Texas-Arlington when the school still had a football program.

His hometown of Elkhart is about 10 miles from where running back Adrian Peterson grew up, according to Wilson's bio. Wilson and his father regularly attended Peterson's game and Wilson worked to emulate the running back's style.

Originally signed as an undrafted free agent in 2018, Wilson has jumped from practice squad to San Francisco's active roster two years in a row.

In case you've been living under a rock, Chiefs quarterback Mahomes is a Texas native.

Mahomes was born in Tyler, and is a graduate of Whitehouse High School outside Tyler and went to Texas Tech.

The Chiefs drafted him 10th overall in the 2017 NFL draft and Mahomes made a splash in a big way his second year in the league. After playing backup to Alex Smith, Mahomes became the starter in his sophomore season and went on to win the NFL MVP award.

Now he's headed to the Super Bowl in his third year.

The second-year player from Texas A&M is from Forney, Texas. He graduated from North Forney High School before moving on to play for the Aggies.

Watts went drafted by Kansas City in the fourth round of the 2018 NFL Draft.

At least one player on Kansas City's injured reserve has a Texas connection. Defensive end Alex Okafor went to Texas.