Did J. Lo and Shakira pay tribute to Kobe Bryant during the Super Bowl halftime show?

J. Lo and Shakira had announced they planned to honor Kobe Bryant during their Super Bowl performance. But a lot of people were left asking where the tribute was. 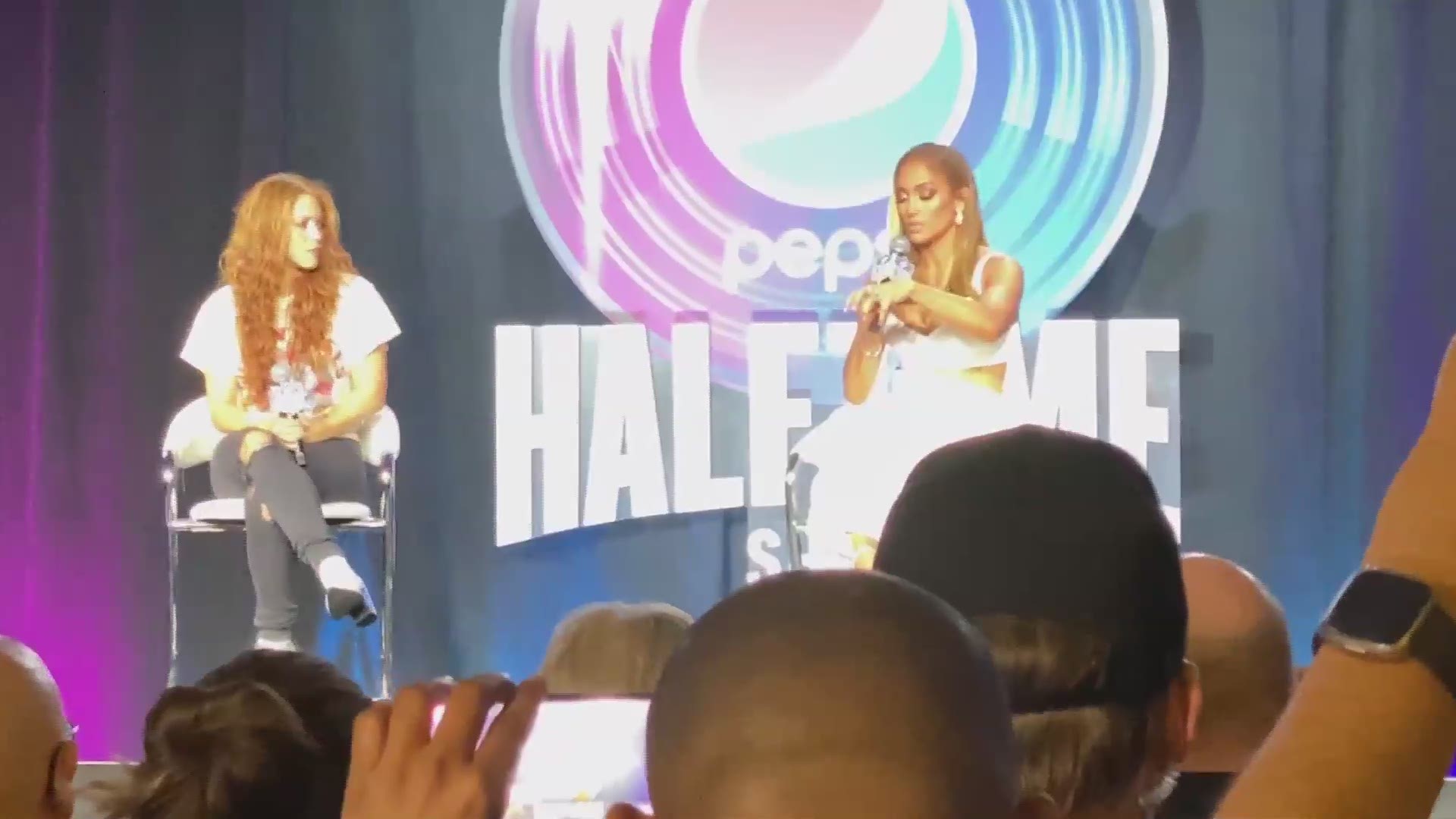 When Jennifer Lopez and Shakira heard the news of Kobe Bryant's death, they said they were planning a tribute to the late basketball star to include in their Super Bowl halftime show. But did the tribute actually happen?

The two singers delivered a flawless performance that brought the heat in Miami, but lots of people on social media were perplexed at where the tribute was.

Some watching at home just assumed they somehow missed it during the broadcast.

"Did they do a tribute to Kobe during the half time show? I think I missed that," one Twitter user asked.

According to the Hollywood Reporter, there was a tribute to Bryant. However, it was easy to miss, especially watching at home. Toward the end of the performance, when Lopez's 11-year-old daughter Emme sang a cover of her mom's "Let's Get Loud," a large cross could be seen illuminated on the field in yellow and purple. The colors represented Bryant's basketball team, the Los Angeles Lakers.

You can see the cross at the 11:54 mark in the replay that the NFL posted on YouTube, but it only shows the cross in yellow. According to the Hollywood Reporter, it was also purple at some point.

Because no details about the tribute were released ahead of time, it's unclear whether that was actually it or if there was another moment we all missed.

Hopefully J. Lo or Shakira will clear things up in the coming days and we'll know for sure.

Prior to the game, the NFL paid tribute to the basketball player when both teams and the stadium had a moment of silence on the field. The halftime show tribute happened so quickly it left some fans wondering if a tribute to Bryant was even included in the show.

Kobe Bryant, his daughter, Gianna, and seven other people died in a helicopter crash near Los Angeles. Lopez said she was rehearsing for the halftime show when her fiance, former baseball star Alex Rodriguez, informed her of Bryant's tragic passing.

"Alex came to me with tears in his eyes and he was like, 'You're not going to believe what happened,'" Lopez said on Thursday. "He was devastated. He knew Kobe very well. They kind of came up together and entered sports around the same time."

While Lopez said she knew Bryant more in passing that Rodriguez did, she shared that the 18-time All-Star and his wife, Vanessa, attended the final show of her Las Vegas residency in 2018. She and Shakira revealed then that they  planned to honor Bryant at the halftime show at Miami's Hard Rock Stadium.

"We'll all be remembering Kobe on Sunday and celebrating life and diversity in this country," Shakira said. "I'm sure he'd be very proud to see the message we are trying to convey on stage."