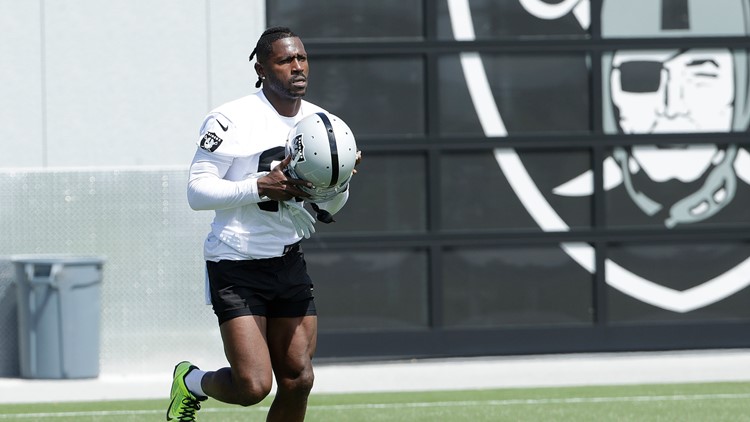 ENGLEWOOD, Colo. — Come on, Raiders. You really expected anybody in Denver to believe you would suspend Antonio Brown from playing against the Broncos in the season opener Monday night?

Terrell Owens and Randy Moss were Boy Scouts next to the trouble Brown has stirred the past two seasons – with the Pittsburgh Steelers last year and before he’s touched the game field for the Raiders.

A heated argument with Raiders general manager Mike Mayock had the team leaking word to reporters the team planned to suspend Brown for at least the Monday night game (8:20 p.m. Colorado time kickoff) against the Broncos in Oakland.

“It hasn't effected it at all because No. 1, the players weren't here yesterday when everything happened,’’ Fangio said when asked how Jon Gruden’s announcement Friday that Brown is playing Monday would effect the Broncos’ preparation. “We’ve been assuming he was going to play all along. And obviously that’s the way it looks right now.”

When “planned” was used as a qualifier to “suspend,” Denver could tell from a 1,244 miles away Brown would play.

He is too good to punish. Brown has been the NFL’s most productive receiver the past six years, averaging 114 catches for 1,524 yards and 11 touchdowns in that span.

So Harris, fellow cornerbacks Bryce Callahan and Isaac Yiadom, and the Fangio Zone coverage will continue to be on high alert.

“I think at the end of the day it’s football,’’ Harris said. “He’s going to try to show them what he can do and it should be a great competition.’’