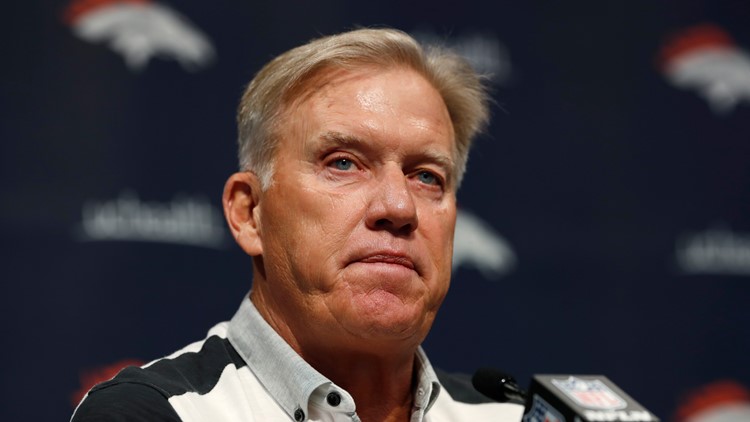 NEW YORK — About five years after he retired as a Broncos quarterback – or about the time he was getting inducted into the Pro Football Hall of Fame – John Elway was diagnosed with a hand condition, Dupuytren’s Contracture.

“It’s a condition with your hand that essentially pulls your fingers in towards ... and eventually gets to the point where you can’t straighten at all,’’ Elway said Thursday morning during a promotional appearance for Endo Pharmaceuticals on the “Today Show” in New York.

At the time of his diagnosis 15 years ago, surgery was the only option to correct his condition. John Elway opens up about his debilitating hand disorder
Pro Football Hall of Famer John Elway opens up on the 3rd hour of TODAY about dealing with a difficult medical condition behind closed doors. He's raising awareness about Dupuytren's contracture, a progressive hand disorder. "Me not being able to pick up a football - that was an emergency," he says of his diagnosis.

“I had enough surgeries when I was playing that I didn’t want another surgery, and then a couple years ago there was a treatment, a non-surgical treatment,’’ Elway said on the show. “Turned out it’s been great the last couple years. …

Elway said a couple years ago, he was recommended a non-surgical procedure, and so far, it’s working.

“It’s really been a relief for me because what really bothered me when I finally went back to the doctors I couldn’t pick up a football … and for me to not pick up a football, that was an emergency,’’ he said before urging viewers to click on factsonhand.com for more information.

“People don’t know there is a fix for it now, so we’re doing the campaign and excited to be a part of it,’’ he said.

"I'm excited about it, we've had two tough years, and so it's always fun to be able to get to this point,'' Elway said. "We'd like to get through the preseason healthy, but it's also fun to be able to start the season and see what we have. You never know and I'm excited about the team that we have and our new head coach Vic Fangio and Joe Flacco's our quarterback.We'll see what happens.''