The Dallas Cowboys said strength and conditioning coordinator Markus Paul was taken to the hospital Tuesday morning for a medical emergency. He died Wednesday.

Updated at 6:30 p.m. with background information on Markus Paul's career.

Shortly before 7:30 a.m. Tuesday, Paul experienced a medical emergency at the Cowboys practice facility in Frisco.

An ambulance was dispatched to Cowboys headquarters after Paul was found unresponsive. He was transported to a nearby hospital where he later died.

"After a lengthy series of further medical tests," the Cowboys said, Paul died Wednesday. His cause of death has not been released.

The team canceled practice Tuesday but resumed practice on Wednesday.

Head coach Mike McCarthy said in a written statement that Paul "did everything the right way."

"He handled every situation, sometimes with a smile and a pat on the back, and sometimes with tough love," McCarthy said. "He had innate toughness in a job that requires that quality, and he was admired throughout the NFL by his peers and the players he coached."

Cowboys owner Jerry Jones told WFAA early Wednesday that Paul is "one of the most beloved people we have with the Dallas Cowboys."

Paul joined the Cowboys as an assistant strength coach in 2018 but was promoted to head strength and conditioning coach in January.

"He was a pleasant and calming influence in our strength room and throughout The Star," Jones said in a written statement. "His passion for his work and his enthusiasm for life earned him great respect and admiration from all of our players and the entire organization."

The Cowboys play Washington on Thanksgiving. 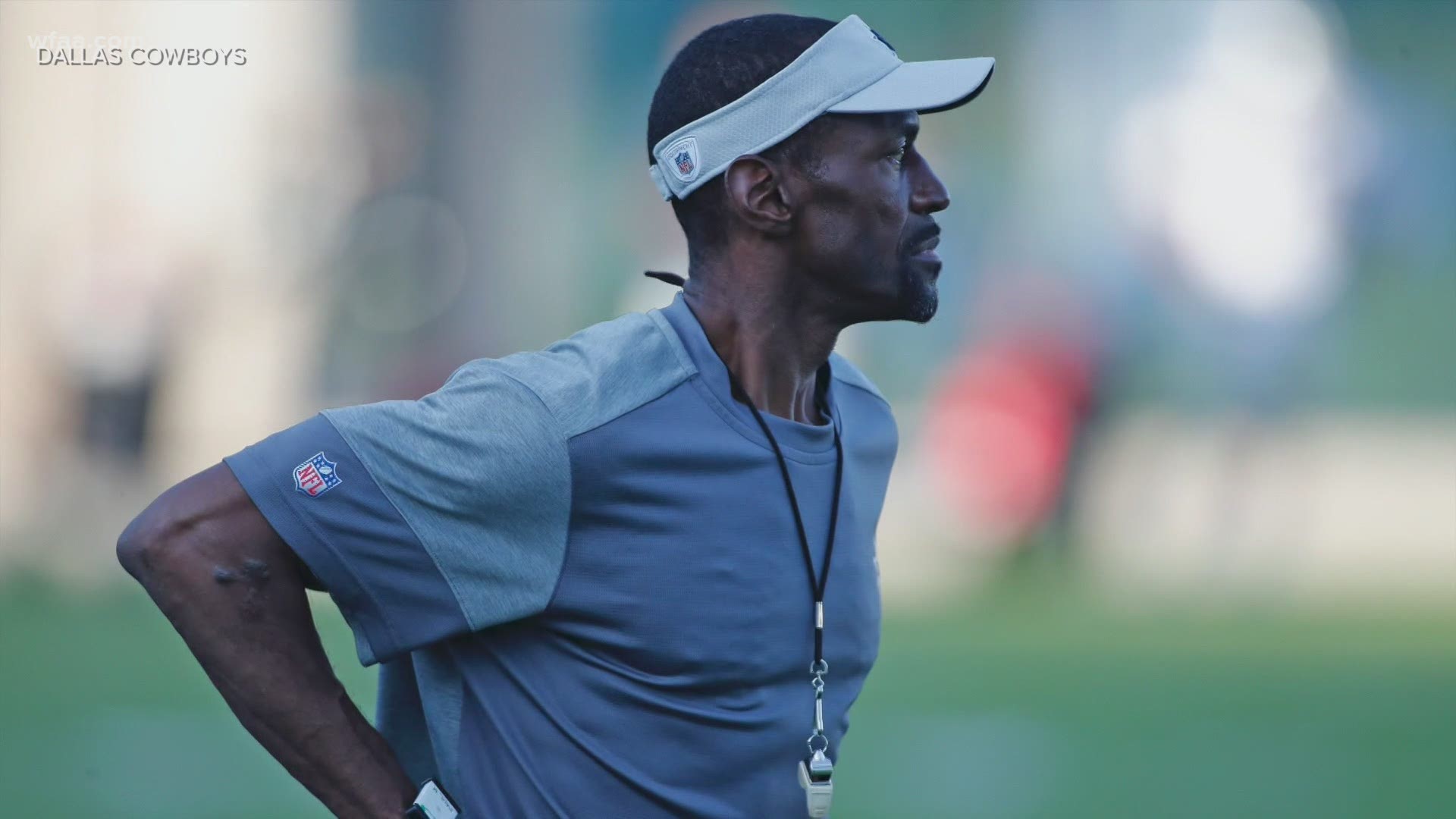 The Florida native was an all-state quarterback and defensive back in high school. Paul was a defensive back at Syracuse from 1985-1988, where he was a team captain, two-time All-American defensive back, member of the All-Century team and still holds the school record for the most career interceptions, with 19.

The Chicago Bears selected him in the fourth round (95th overall pick) of the 1989 NFL draft. He played five seasons as a safety in the NFL. He started 30 games over four years in Chicago, before finishing his career with the Tampa Bay Buccaneers in 1993.

Paul got his first strength and conditioning job in 1998, serving as an assistant for the Saints on Mike Ditka's coaching staff. He would go on to coach with the Patriots, the New York Jets, the Giants and the Cowboys.

While in Dallas, Paul was praised for his ability to build a healthy and formidable offensive line, which enabled Ezekiel Elliott to become the league's top rusher in 2018 and fourth-leading rusher in 2019.