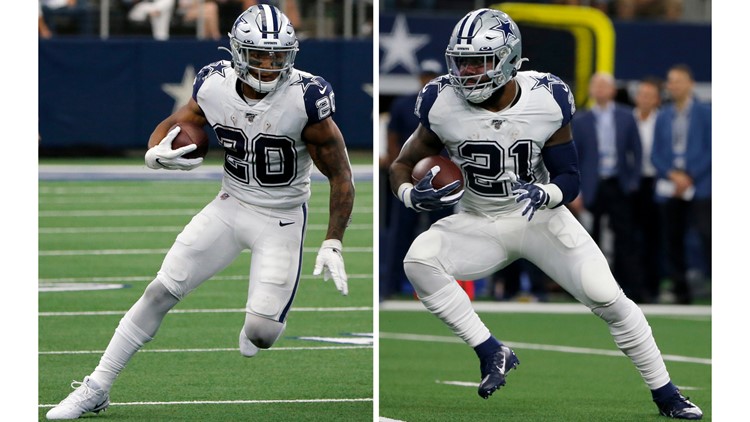 Keys to victory for Cowboys in Week 4 battle against Saints

Sunday Night on NBC, two first place teams match up for what could be their first of two meetings this season should these two NFC favorites meet in the postseason. When the 3-0 Dallas Cowboys take the field on Sunday, they’ll be looking to best the 2-1 New Orleans Saints for the third time in their last four meetings.

This contest will also mark the 30th battle in the history of these two franchises from neighboring states. Dallas leads the series 17 wins to 12. However, despite overall supremacy, the Cowboys are looking for their first win in New Orleans since their 24-17 victory in 2009 ended New Orleans’ shot at an undefeated season. In that matchup, the Saints came into the game 13-0 on the year but fell behind the Cowboys 24-3 heading into the 4th quarter before Dallas held on for victory.

Dallas is hoping for a similar story to play out on Sunday night. Here are the keys that could lead them to a win that vaults them to the forefront in the NFC:

Feed Zeke and save room for Pollard

The Cowboys offense is coming off a win against the Miami Dolphins in which both Ezekiel Elliott and Tony Pollard had 100-yard games. The coaching staff should look to get the run game going once again this week. Running the ball successfully feels especially pertinent with the Dallas receiving crew banged up, though top wideout Amari Cooper should play.

The Saints defense gives up the eighth most yards on the ground and the fourth most touchdowns against opposing runners thus far this season. Dak Prescott should also get his opportunity to run on this defense, should the situation warrant it.

Despite their big rushing numbers, there hasn’t been one single running back to gain 100 yards against this New Orleans defense through the first three weeks. However, Elliott is coming off back-to-back 100-yard performances and could be poised to change that in this prime time matchup.

The Cowboys haven’t been great at getting to the quarterback so far this year, and the Saints have statistically been able to protect their quarterback, despite losing starter Drew Brees to a thumb injury in Week 2. This will be DE Robert Quinn’s second game back from suspension and, with his feet under him following a lot of snaps against Miami, he could help be a catalyst for the Hot Boyz to apply pressure.

Along with Quinn, warhorses like DeMarcus Lawrence and Maliek Collins need to find a way to pressure Saints’ backup QB Teddy Bridgewater into creating turnovers and give the offense some short fields. The Saints have a top receiving target in Michael Thomas and one way to nullify his impact is with a consistent pass rush.

In a surprise early in the season, the Cowboys’ defensive secondary has been inconsistent. Pro Bowler Byron Jones has shown the offseason hip surgery hasn’t slowed him down, but there has been up and down play from Chido Awuzie and Anthony Brown across the field. With that in mind, third year CB Jourdan Lewis has been a fan favorite that many have been clamoring for to see more playing time.

Good things seem to happen when Lewis gets snaps but for the most part in his career thus far, Lewis has been more of a reserve player. Should he get his shot, Lewis could be the guy to limit Saints’ RB Alvin Kamara’s impact in the passing game.

In fact, it was Lewis’ fourth quarter pick off of Brees on a target to Kamara last November that helped the Cowboys salt away a 13-10 victory over a then 10-1 New Orleans team that helped to legitimize Dallas as a playoff contender in 2018. It’s time to give Lewis the opportunity that he has battled for.

Cowboys will be looking for their fourth 30-point outburst in as many games. I suspect this will be a close one in the Big Easy. Nevertheless, I feel like Dallas will be ready for prime time and come away with a 33-30 victory to move to 4-0 on the year for the first time since the 2007 season and extend their unbeaten streak in the regular season to six games dating back to last season.

Do you think the Cowboys can pass the test against the Saints and become a top contender in the NFC? Make your predictions known to Patrick on Twitter @DraftCowboys.