The Dallas Cowboys are rested and ready to take on the New York Giants on Monday Night Football with an opportunity to hold serve in the NFC East. 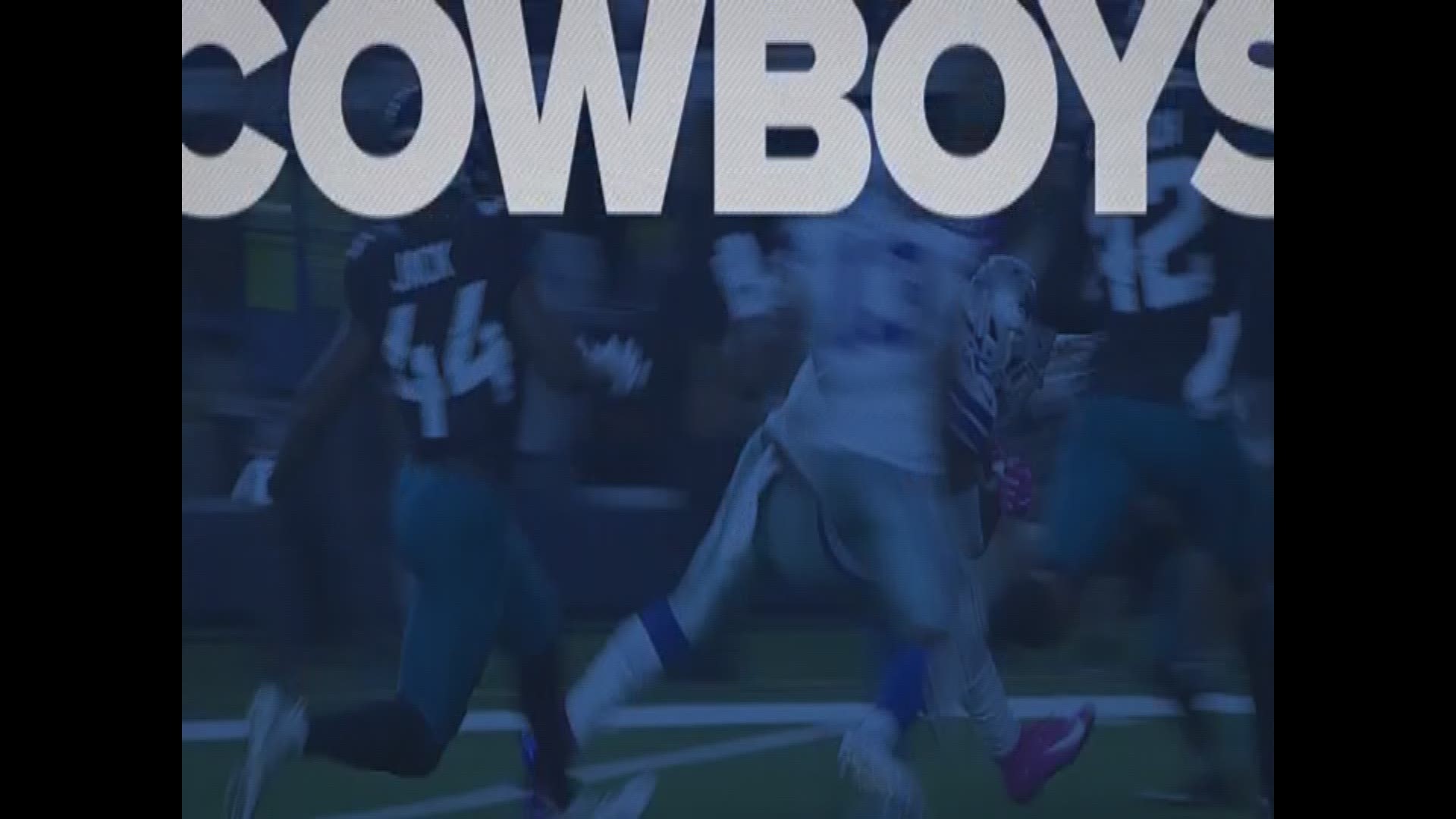 DALLAS — The Dallas Cowboys are preparing to face division rival New York, and, for the first time since 2004, it won’t be Eli Manning under center for the Giants.

In fact, the last quarterback not named Eli Manning to start for New York against Dallas was NFL Hall of Famer Kurt Warner back when Vinny Testaverde was guiding the offense for his old coach Bill Parcells.

Dallas lost that game from October 2004 in Manning’s rookie season while facing a veteran at the helm and then Manning’s first start of his career against the Cowboys resulted in a victory for New York in the last game of that ‘04 season.

Dallas would surely like to avoid history repeating itself with Daniel Jones getting his first start against the Cowboys in what could be Manning’s swan song.

Indeed, the Cowboys will be looking for their fourth win inside the division after securing victories over all three of their rivals so far with the midway point of the docket coming in Week 9 for Dallas. The Cowboys will also be hoping to keep control of the division as they try to grab their fifth victory overall in eight chances.

Here’s a look at how they can accomplish the season sweep of the Giants and stay atop the NFC East:

As mentioned, the Cowboys will be facing the 2019 sixth overall pick of the NFL Draft out of Duke for the first time as a starter. Jones’ first action against Dallas came in mop up duty in a 35-17 Week 1 thrashing by the Cowboys that Manning couldn’t finish.

Jones completed three of four passes and had one fumble in his first ever regular season action. On that note, one prominent thing about Jones so far is that he has been prone to turning the football over. In his seven games, Jones has given the ball away 16 times; a number that is high but not unlike what you’d expect from a rookie QB.

With that in mind, the defense needs to continue harassing the young quarterback to create more opportunities for the offense, much like they did against Philadelphia where they earned 14 quick points after two fumble recoveries to basically put the game away before it ever really had the chance to coalesce.

Jones has also been sacked 21 times this season – an average of three per appearance – and, with the addition of Michael Bennett along a bolstered defensive line, the Cowboys should look to add to those numbers and never let the rookie get comfortable.

It seems simple right? One of the keys to any game is to create takeaways and short fields for your offense and then make sure you don’t hand the ball back.

But it’s worth pointing out that it is important on Monday Night because the Cowboys will be facing a desperate team and they should do themselves a favor by not adding fuel to the fire by giving the Giants more chances than they have to.

Essentially, the Cowboys need to have the same plan of attack as they did in their first matchup in Week 1. During that September contest in Arlington, Dallas snatched two fumbles and didn’t turn it over all afternoon.

For the most part, the Cowboys have done a decent job of protecting the football. They are slightly south of the middle of the pack at 12.2% of offensive possessions ending in a turnover. Conversely, the Giants are the worst in the NFL at  21.6%.

However, there is always room to improve. Minimizing the opportunities afforded to the Giants should give the Cowboys all the ammo they need to finish off this game with another divisional victory and all but bury New York.

Put the pedal to the metal:

The Cowboys haven’t been good at quick starts on offense this season. As good as Dak Prescott and gang have been in Kellen Moore’s first year as offensive coordinator, an early barrage of scoring drives hasn’t been in the cards very often for Dallas in 2019.

The Giants were able to strike first in their first matchup before Dallas outscored them 35-3 over the next two-plus quarters. A quick start would allow Dallas to dictate the tempo and force New York to be one-dimensional and force Jones to make more plays with his arm. As far as why that is important, circle back to key number one.

Despite the elevation of the passing offense this year, the Cowboys have been built for one thing, and that’s grinding out games. A quick start would allow Ezekiel Elliott to do what he was paid to do: namely, wear out defenses and put games away.

Assuming all goes according to plan, the Cowboys should get their fourth divisional win of the season and finish sweeping the Giants for the third straight season.

A win would also tie the second-longest win streak in the history of this rivalry. Six consecutive wins would even a mark that was accomplished by the Cowboys from 1964-1967 and the Giants from 1988-1990. Of course, the longest win streak remains 12 straight by Dallas from 1974-1980.

The Cowboys walk out of the Meadowlands with an unblemished record in the NFC East after sweeping the season series against the Giants in a 30-13 win.

Do you think the Cowboys can sweep the Giants on Monday Night Football or are they in for their first divisional loss? Share your predictions with Patrick on Twitter @DraftCowboys.