Is tight end still a draft need for the Cowboys?

With Jason Witten's unexpected return, the immediate need for a tight end was abated but do the Cowboys have the long term answer at the position on the roster? 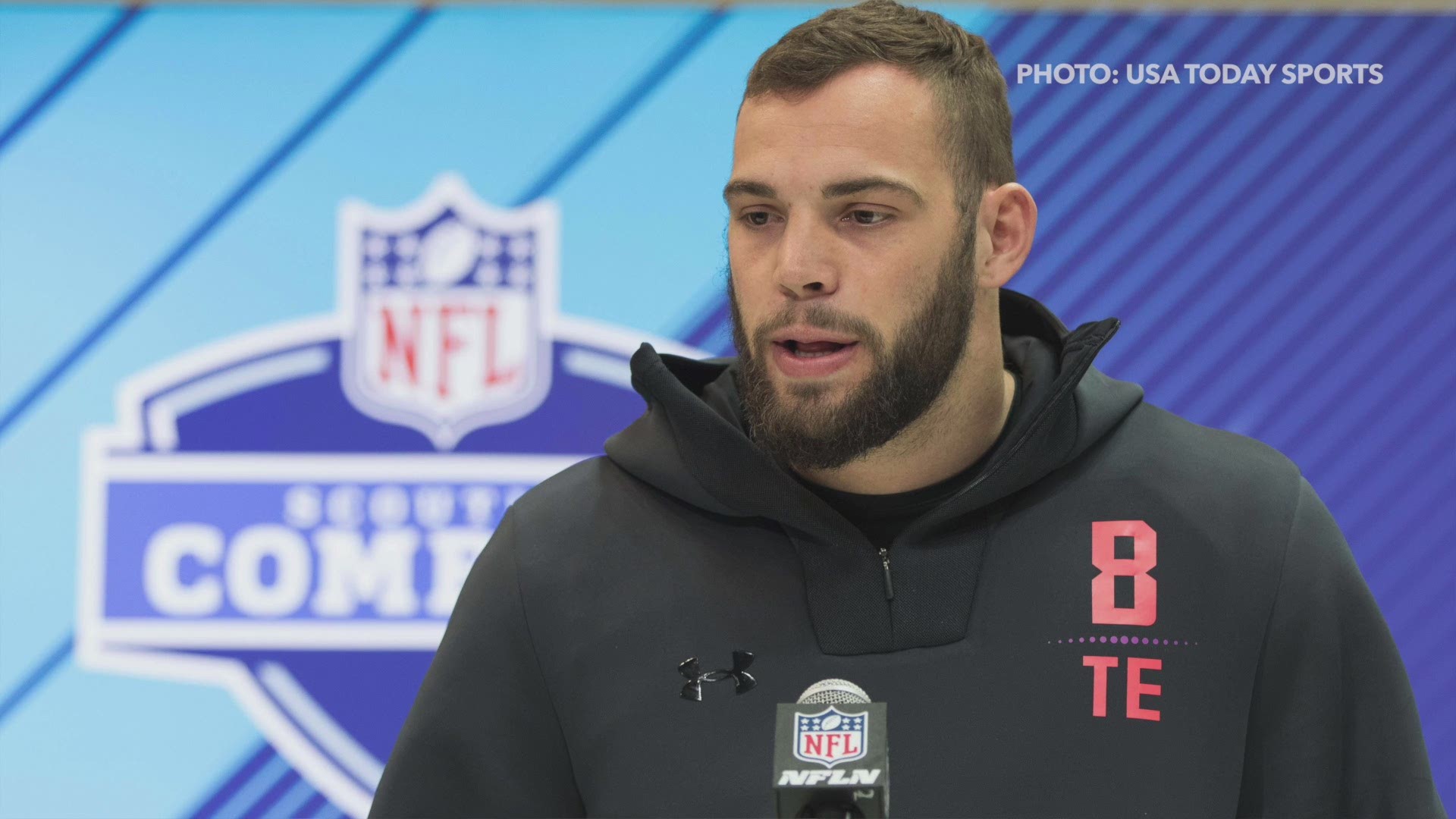 DALLAS — What can the return of a certain Hall of Fame tight end in Jason Witten do for your team? If you are the Dallas Cowboys, then it can alter how you approach the position in the 2019 NFL draft.

The former 2003 third-round pick from Tennessee announced on Feb. 28 that he was coming out of the ESPN Monday Night Football broadcast booth and returning to the gridiron. Just as Witten's retirement on day two of the 2018 NFL draft impacted the Cowboys' plans to address the position, now, his return also affects the resources they will allocate to tight end.

"We like our tight ends," Cowboys coach Jason Garrett told reporters on April 17 during the club's annual pre-draft presser. "Obviously Jason Witten is back and we feel like Blake Jarwin really grew last year. Dalton Schultz, Rico Gathers are still on the roster. So, we feel good about the veteran experience that Witten brings, but also the young guys and their development from last year."

In a flip of one of the more infamous quick takes to free agents heard in this market, if Jarwin, Schultz, and Gathers are so good, how is a 36-year-old a year removed from the sport coming out of retirement supposed to upgrade the position?

Aside from Witten, the Cowboys don't have a dominant tight end. If Witten doesn't call his own number for retirement, undefeated Father Time will, and that will leave Dallas in as big of a bind as they found themselves in 2018.

On "G-Bag Nation" on 105.3 "The Fan" [KRLD-FM] Wednesday, Cowboys chief operating officer Stephen Jones said that the team's philosophy of shoring up their roster prior to the draft allows them to take the best players available, and that tight end was a position group, in spite of Witten's return, they would keep their eyes on.

"We do feel like we've addressed, for the large part of this, most of our needs and you hope going into the draft, which is really the way we feel right now is that you can kind of take the best player available," said Jones. "And that's the way we try to get situated, and I think it's led to some very successful drafts and I think hopefully the same thing will happen this year."

The 2019 draft class is chock full of quality tight ends. Dallas doesn't pick until the second round at 58th overall. Is that pick too high to use on a backup tight end? Iowa tight ends T.J. Hockenson and Noah Fant are expected go in the first round as is Alabama's Irv Smith. UCLA tight end Caleb Wilson and Texas A&M tight end Jace Sternberger, who the Cowboys have interest in, would be the perfect fit of middle-round players that allow them to truly find Witten's successor without sacrificing the second-round pick to do it.

"There was a big hole last year when Witt left," Garrett said. "We had a lot of young guys and they had to grow up fast, and I think that happened over the course of the season. That's good for our team and it's certainly great to have No. 82 back."

When Witten inevitably leaves again, the hole will reappear. It would behoove the Cowboys to find a tight end in the 2019 draft who will be grown up for them by the time Witten has an encore retirement.

Do you think that the Cowboys should use a top draft pick on a tight end of the future? Share your thoughts with Mark on Twitter @therealmarklane.