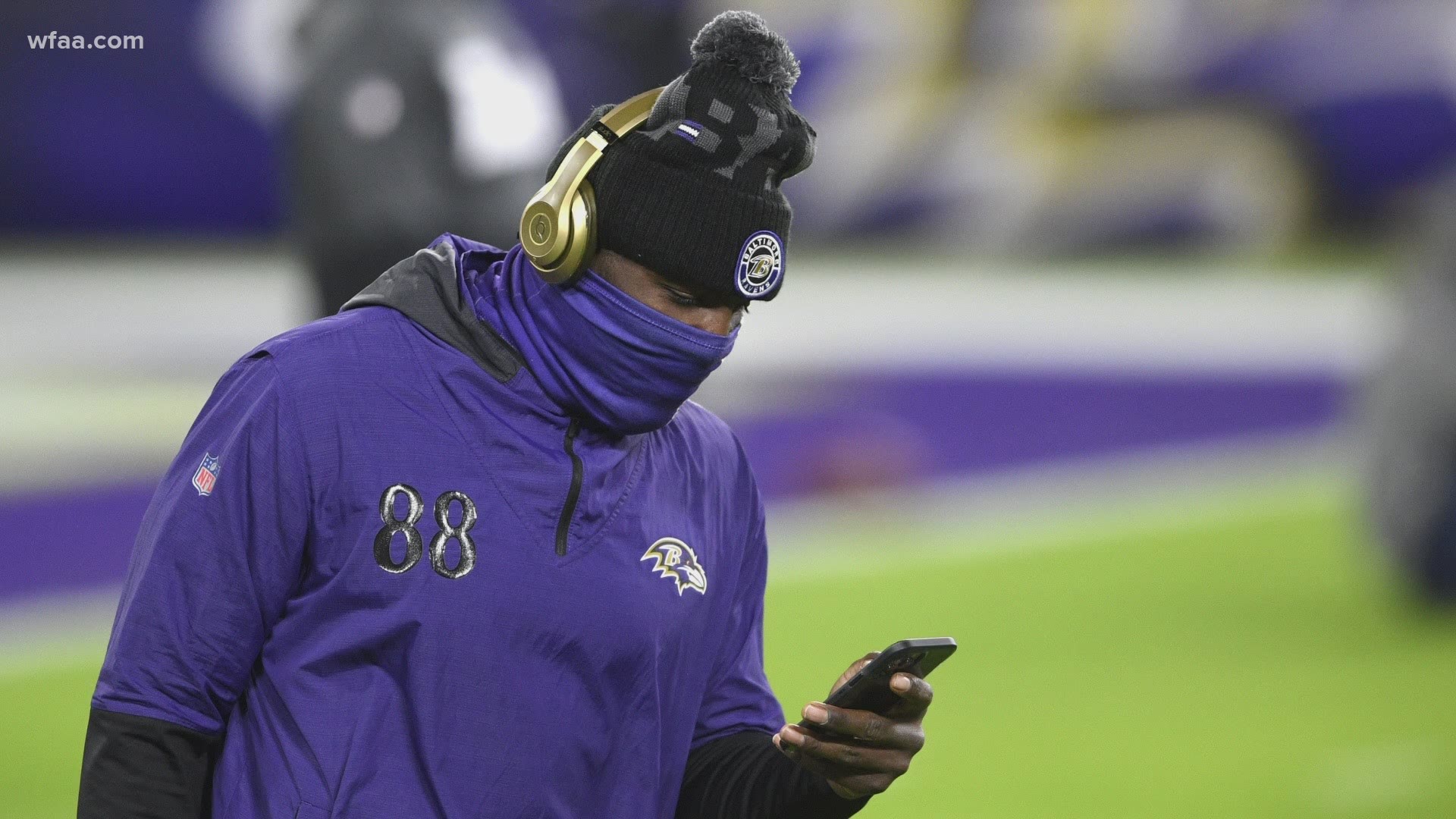 Baltimore Ravens wide receiver Dez Bryant will not play against his former team, the Dallas Cowboys on Tuesday night. Bryant tweeted just minutes before kickoff that he had found out he'd tested positive for COVID-19.

Bryant and his former Cowboys teammates had been looking forward to playing against one another, talking about the matchup in recent days in interviews with the media. Unfortunately, just prior to kickoff, that opportunity has been stripped away.

RELATED: Cowboys pleased to see Dez Bryant make a comeback with the Ravens

Shortly after announcing his positive test, Bryant showed some of his frustration with the circumstance, tweeting that he "can't deal with this," and that he's going to call it quits for the balance of the season.

Bryant was previously set to face his former team, in 2018. The long-time Cowboy had signed with the New Orleans Saints in the first season after he was cut by Dallas. But just a few weeks before a scheduled Thursday night tilt between Dallas and New Orleans, Bryant tore his Achilles and was lost for the year.

This time it was a bit more dramatic, as Bryant was actually on the field warming up just moments before he found out about his positive test.

Bryant is the all-time leader in touchdown receptions in Cowboys history, with 73, and was a three-time Pro Bowler.