Rob Gronkowski out with rib injury for Bucs vs. Patriots match-up 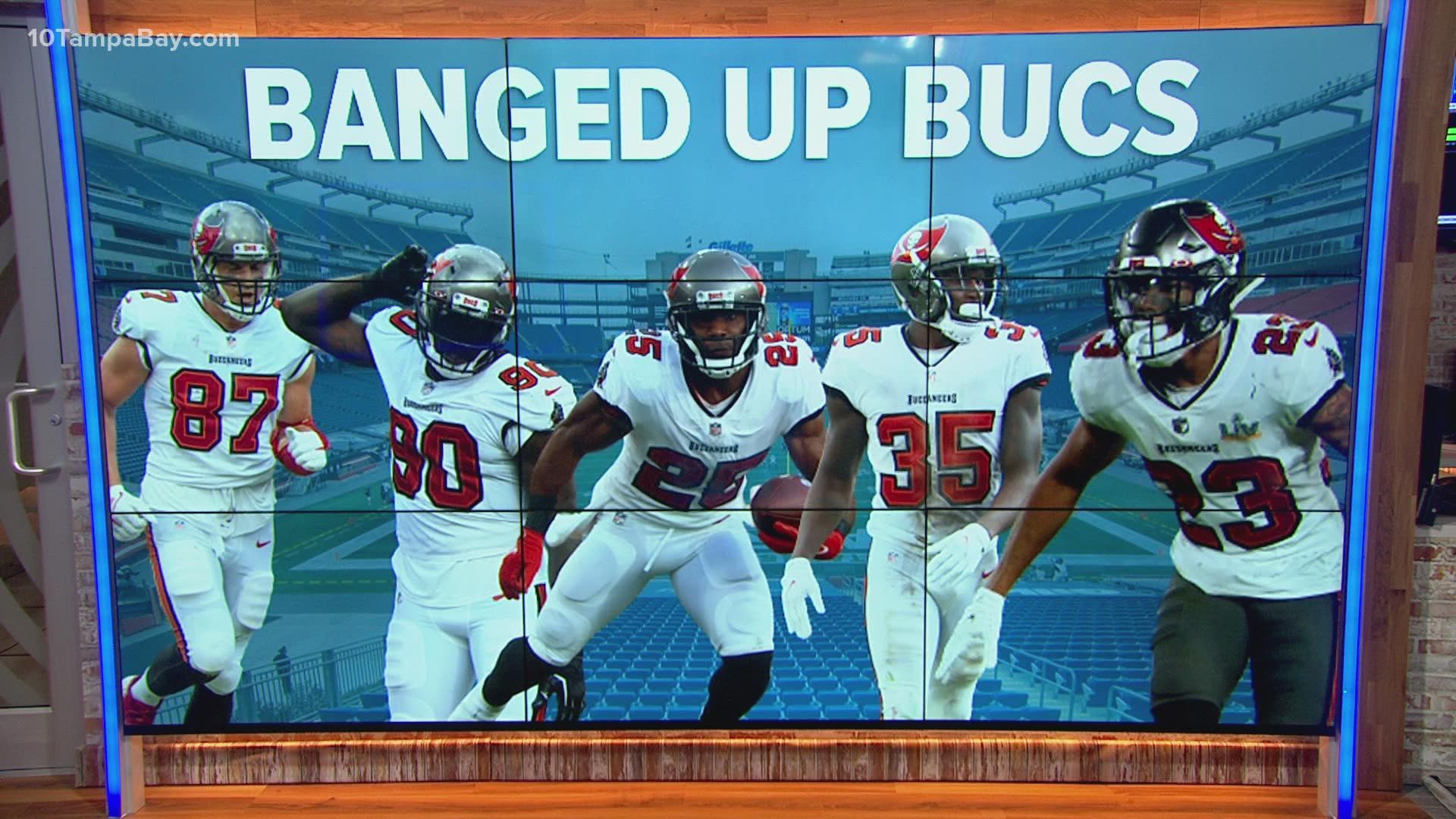 TAMPA, Fla — By the end of the week Friday, the Bucs were doubtful tight end Rob Gronkowski would travel to Foxborough for the showdown against the New England Patriots.

Saturday, the team officially ruled out Gronkowski, and outside linebacker Jason Pierre-Paul in the team's injury report.

Gronkowski suffered a rib injury against the Los Angeles Rams, the team reports. Gronk's injury report then switched from "doubtful" to "out" after not participating in any practices this week.

The tight end's unfortunate injury puts a damper on the big matchup NFL fans have been anticipating — seeing Tom Brady and Gronkowski return to New England to face Belichick and the Pats.

Gronkowski hasn't missed a game for the Bucs since joining the team in 2020 where he started in all 23 games in the 2020-21 season.

In addition, the veteran tight end is the Buccaneers' current leader in touchdowns and points scored — four TDs and 24 points.

On the other side of the football, Pierre-Paul will miss a second game due to a shoulder and hand injury. Cornerback Carlton Davis is listed as questionable with an abdomen/rib injury.

Heading into this week's game in Foxborough, cornerback Rashard Robinson and tight end Codey McElroy have been elevated from the practice squad.