Carlson caught an 8-yard touchdown pass to give the Browns a 21-7 lead. 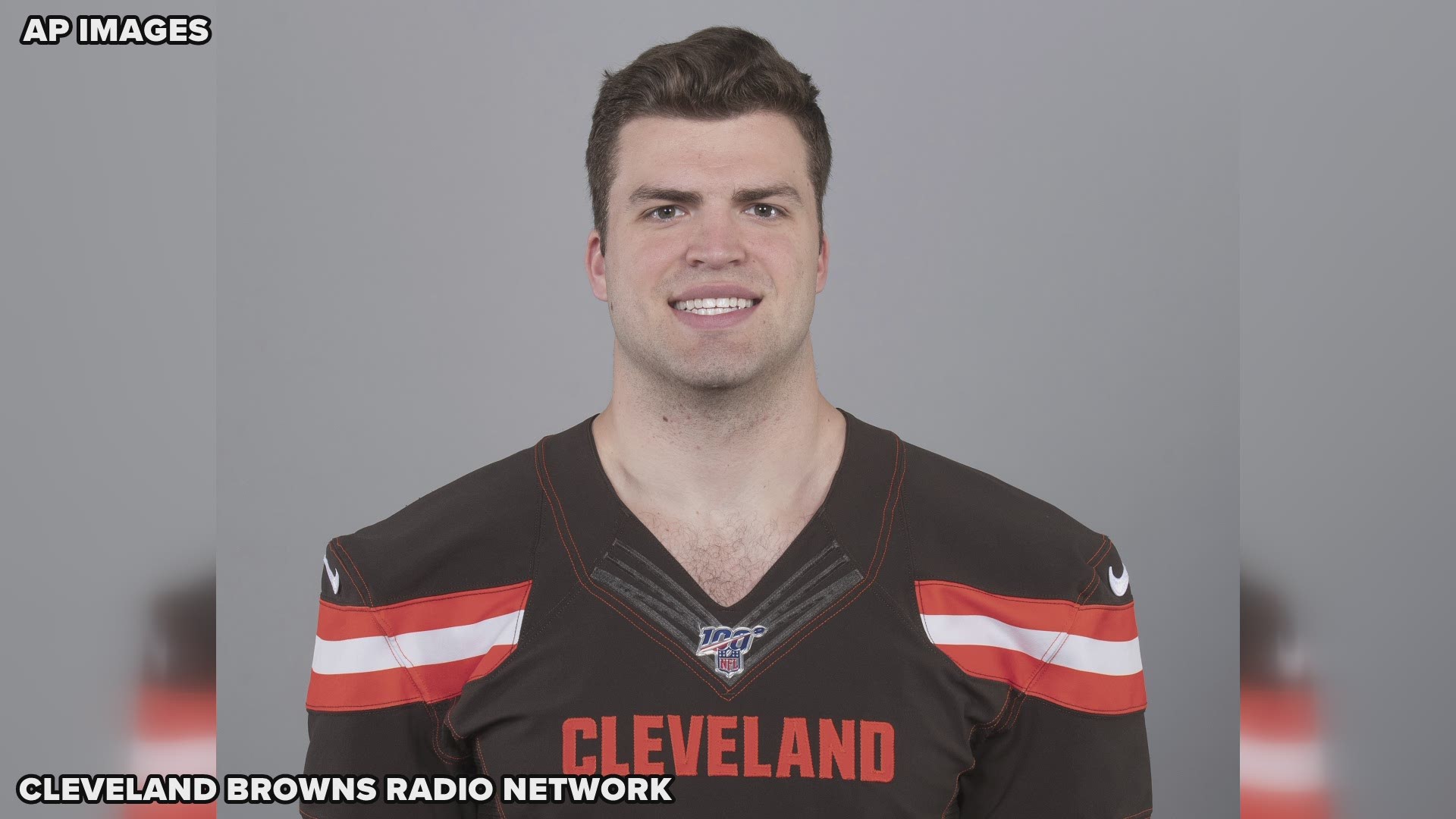 CLEVELAND — Listen to the "Voice of the Browns" call the score in the player above!

When the Cleveland Browns' 2019 season started, there were plenty of candidates capable of make the team's best catch of the year: Odell Beckham Jr., Jarvis Landry, Rashard Higgins and David Njoku.

What wasn't expected, however, was that Stephen Carlson would not only make his case, but do so with a touchdown catch to potentially seal a win over the Pittsburgh Steelers.

Nevertheless, Carlson -- who the Browns elevated from their practice squad earlier this month -- did just that, snagging an impressive 8-yard touchdown catch from Cleveland quarterback Baker Mayfield on Thursday night. Carlson's reception pushed Cleveland's lead to 21-7 with 5:33 remaining in the game and was likely enough to seal the Browns' second straight victory, which would improve their record to 4-6 on the year.

Signed as an undrafted free agent out of Princeton, Carlson's touchdown catch marked the first catch of any kind in the NFL. It also marked Mayfield's second touchdown throw on the night after finding Jarvis Landry on a 1-yard score in the second quarter.