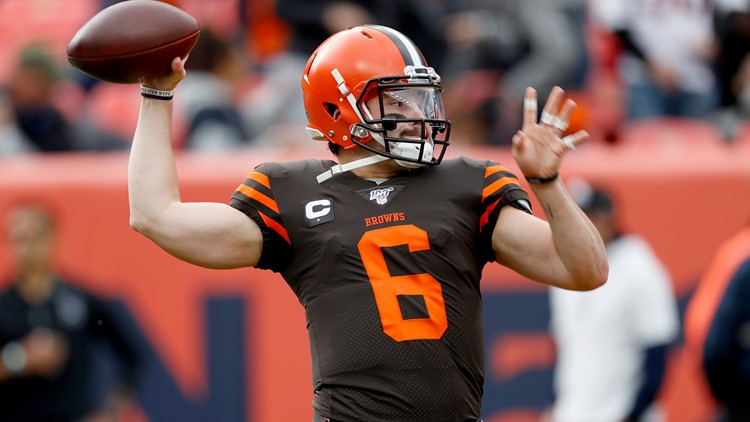 If you've noticed a lack of color contrast in the Cleveland Browns' matchup with the Denver Broncos on Sunday, you're not alone.

And if you're wondering why the Browns are wearing their home brown uniforms on the road while the Broncos wear their traditional orange jerseys at Empower Field at Mile High, apparently the answer is because that's what Cleveland wanted.

According to ESPN's Adam Schefter, the Browns successfully petitioned the NFL to wear their brown 'Color Rush ' uniforms on Sunday, despite Denver also wearing a color jersey at home. Traditionally, one team in the NFL wears a colored uniform while the other wears white, with the home team getting the first choice of what it will wear.

"For those wondering: the Browns’ uniform colors for today were approved by the league, at Cleveland’s request, per source," Schefter wrote on Twitter. "Bad contrast on TV and in person."

First unveiled in 2016 as a part of the league's 'Color Rush' program, the Browns first wore their brown-and-orange alternates in a win over the New York Jets on Thursday Night Football in 2018, which doubled as Baker Mayfield's rookie season debut. Due to the popularity of the jerseys, the Browns successfully petitioned the league to make them their full-time home look for the 2019 campaign with Cleveland scheduled to wear the Color Rush uniform in six of its eight home games this year.

RELATED: 3 things to watch for: Cleveland Browns at Denver Broncos