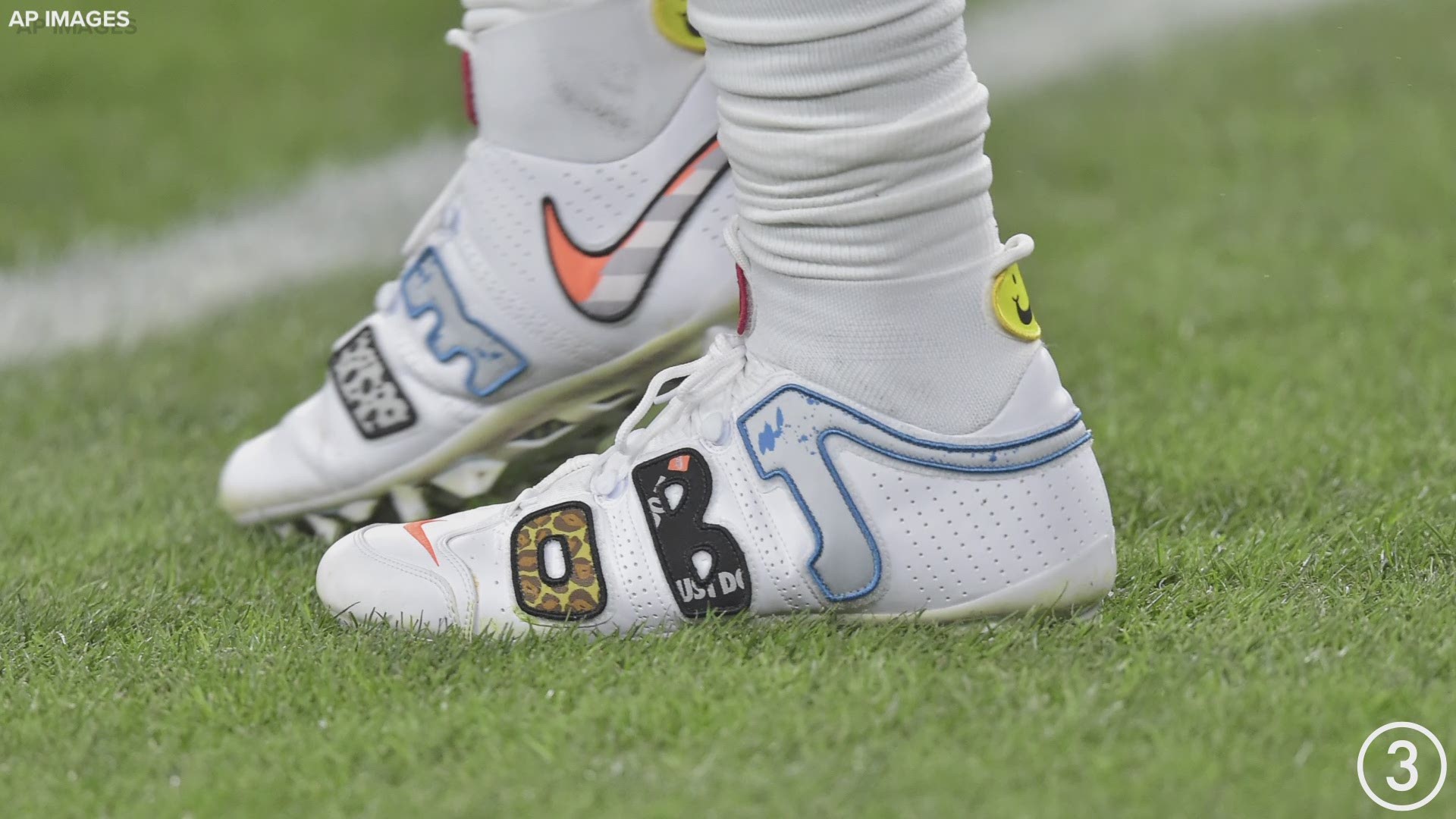 Moments after Odell Beckham Jr.'s new Nike cleat went on sale following kickoff of the Thursday Night Football matchup between the Cleveland Browns and Pittsburgh Steelers, the 3-time Pro Bowl wide receiver's new kick sold out. While Beckham's name has been attached to several Nike shoes that have released earlier this year, this marked the first time that a version of his signature Nike Vapor Untouchable Pro 3 OBJ Uptempo Cleat has gone on sale since he was acquired by the Browns in a trade with the New York Giants in March.

While Beckham has worn cleats throughout the season -- both in pregame warmups and during games -- that pay homage to his personal sneaker collection, his latest cleat isn't dedicated to one rather shoe. Rather, the white cleat released on Thursday -- which retailed at $140 -- included multiple removal patches inspired by the designs of some of Nike's most famous shoes.