Browns' Odell Beckham Jr. on being a decoy: 'James Harden doesn't get paid for his defense' 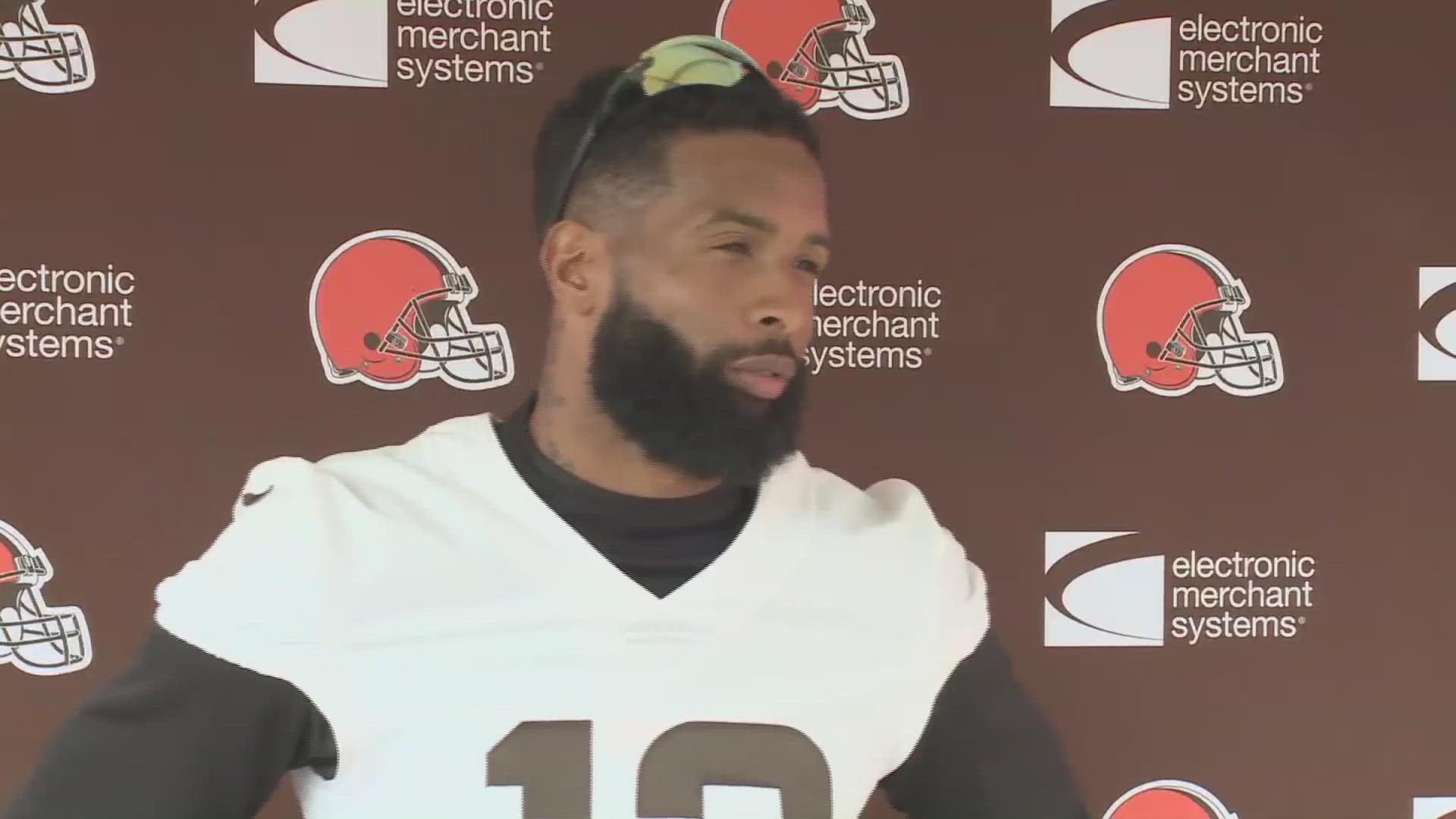 BEREA, Ohio — Editor's note: the video in the player above is from a previous story.

Odell Beckham Jr. was targeted just three times on Sunday -- tied for the fewest he's received in a full game since joining the Cleveland Browns in 2019.

Speaking to reporters on Thursday, the three-time Pro Bowl wide receiver admitted he'd like to see the ball more than he did in the Browns' 47-42 loss to the Los Angeles Chargers last week. And in order to make his point, he drew an analogy from the world of basketball, comparing himself to one of the top players in the NBA.

"I can't sit here and lie like I don't want the ball," Beckham said. "They don't pay [Brooklyn Nets All-Star guard] James Harden for his defense. He's a shooter. I feel like I'm a shooter."

Beckham's game log -- two receptions for 20 yards -- marked the latest underwhelming statistical showing in a two-plus-year run that's been full of them since he was acquired by Cleveland in a trade with the New York Giants. In 26 games with the Browns, the 2014 NFL Offensive Rookie of the Year has topped 100 receiving yards just twice, the last time being a loss to the Seattle Seahawks on Oct. 13, 2019.

That's not to say that Beckham hasn't made impact during his time with the Browns. Even as recently as this past Sunday, the extra attention opposing defenses are forced to pay to him has helped open up opportunities for other players, as was the case on Baker Mayfield's seven-yard touchdown pass to Rashard Higgins in the second quarter.

"As we got down to the red zone and I'm running a corner route and three people come with me and Higg's wide open, like, I know that happens," Beckham said. "I know that I bring a lot of attention to defenses on the other end and other people are going to be open. You just got to live with that."

Despite his recent lack of statistical production, the 28-year-old Beckham stressed that he's not complaining. After missing the final 10 games of the 2020 season and first two games of the 2021 campaign due to a torn ACL, he still has plenty to be happy about, especially with his ultimate goal still attainable at this point in this year.

"My main goal is to win a championship. I feel like I'm in a great situation to do that," Beckham said. "There's going to be days where it will be my day. We'll be sitting up here and the conversations will be different."