Baker Mayfield believes the Cleveland Browns locker room has to come together to keep the 2019 season from spiraling after an in-game fight with the Steelers. 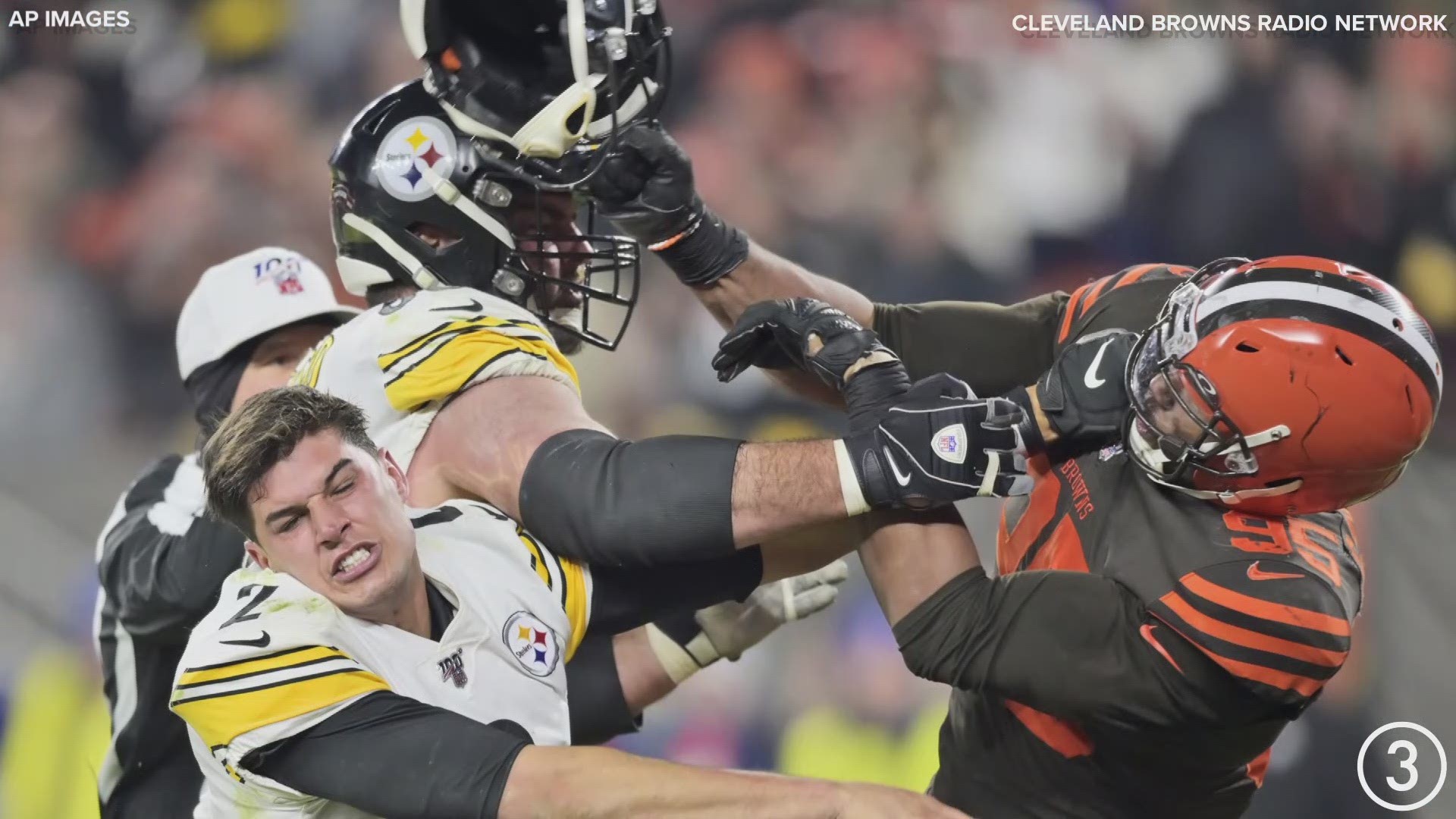 CLEVELAND — Cleveland Browns quarterback Baker Mayfield is honest and says what is on his mind, even if that means calling into question the actions of a teammate, and he did just that after Thursday’s 21-7 victory over the Pittsburgh Steelers at FirstEnergy Stadium in Cleveland.

Minutes after the game was marred by an ugly brawl set off by Browns defensive end Myles Garrett ripping off the helmet of Steelers quarterback Mason Rudolph and hitting him in the head with it and the ensuing melee that followed, Mayfield addressed the matter and understands Cleveland’s locker room needs to come together through the adversity that is likely to come in the form of a multi-game suspension for Garrett.

“He’s going to own up to it,” Mayfield said. “He’s going to handle it, and this locker room has to come together because it’s going to be a soap opera on the outside, much like the media has portrayed us to be through the whole season.

The incident involving Garrett and Rudolph escalated when Garrett brought the quarterback to the ground after a fourth-down play with eight seconds remaining in the game.

After the hit, Rudolph appeared to rip off Garrett’s helmet after delivering a couple of kicks below the belt of the Pro Bowl defensive end. Garrett responded by ripping off Rudolph’s helmet, swinging it at and connecting on the quarterback.

Steelers offensive lineman Maurkice Pouncey joined the fray and after Garrett ended up on the ground, he received several kicks to the helmet and absorbed multiple punches.

It was then that Browns defensive tackle Larry Ogunjobi escalated the situation by pushing Rudolph to the ground, at which time, both benches cleared and a scrum ensued in the end zone.

“Him being apologetic, owning up to it,” Mayfield said of how Garrett can earn back the trust of his teammates after such a meltdown.

“This is a physical, violent game, and there are moments where if you don’t keep your cool, bad things can happen, and he knows that. I said it on the field afterward. It’s inexcusable. He knows that. There’s no other way around it.”

Like Mayfield, Browns coach Freddie Kitchens fielded plenty of questions about the incident involving Garrett and Rudolph, which took away from the fact that Cleveland got a much-needed victory to stay in contention for the postseason.

BED SHAW'S SPORTS SPIN: The Browns won a game & lost their heads in the process