Cleveland Browns safety Damarious Randall was ejected from the team's game vs. the Pittsburgh Steelers for a helmet-to-helmet hit in the third quarter. 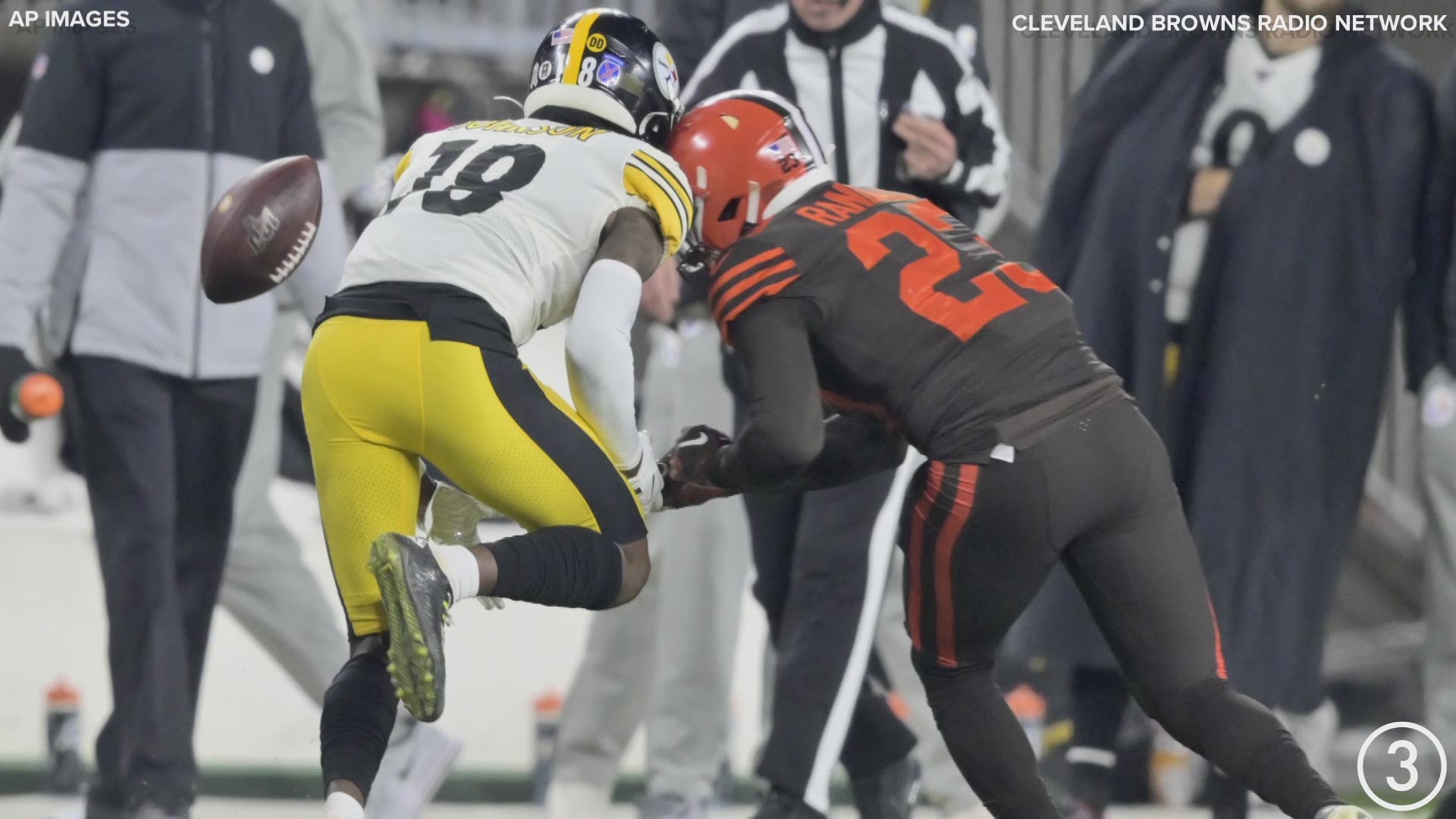 CLEVELAND — As the Cleveland Browns attempt to secure a win over a division rival, they'll have to do so without safety Damarious Randall.

A little less than seven minutes into the third quarter of the Browns' matchup with the Pittsburgh Steelers on Sunday Night Football, Randall was ejected following a helmet-to-helmet hit on wide receiver Diontae Johnson.

Randall's disqualifying play came with Cleveland laying claim to a 14-0 lead and Pittsburgh facing a first-and-10 from its own 13-yard line. As Johnson attempted to make a play for a pass thrown by Mason Rudolph, he was defended by cornerback Greedy Williams, as well as Randall who came in with what appeared to be a late -- and illegal -- hit.

As a result of the play, which drew a 15-yard penalty, Johnson was removed an evaluated for a possible concussion.

Randall's ejection leaves the Browns without both of their starting safeties for the remainder of their primetime contest. Earlier in the game, Morgan Burnett left -- and was eventually ruled out -- with an Achilles' injury.

In addition to injury, Randall's helmet-to-helmet hit also played a pivotal role in helping the Steelers engineer a 5-play, 87-yard touchdown drive for their first points of the game. With 5:39 remaining in the third quarter, Cleveland leads Pittsburgh 14-7 following a 3-yard touchdown pass from Mason Rudolph to Jaylen Samuels

For all the latest from FirstEnergy Stadium on Thursday, follow our live blog.

RELATED: NFL says these 11 teams have signed up for Colin Kaepernick’s audition