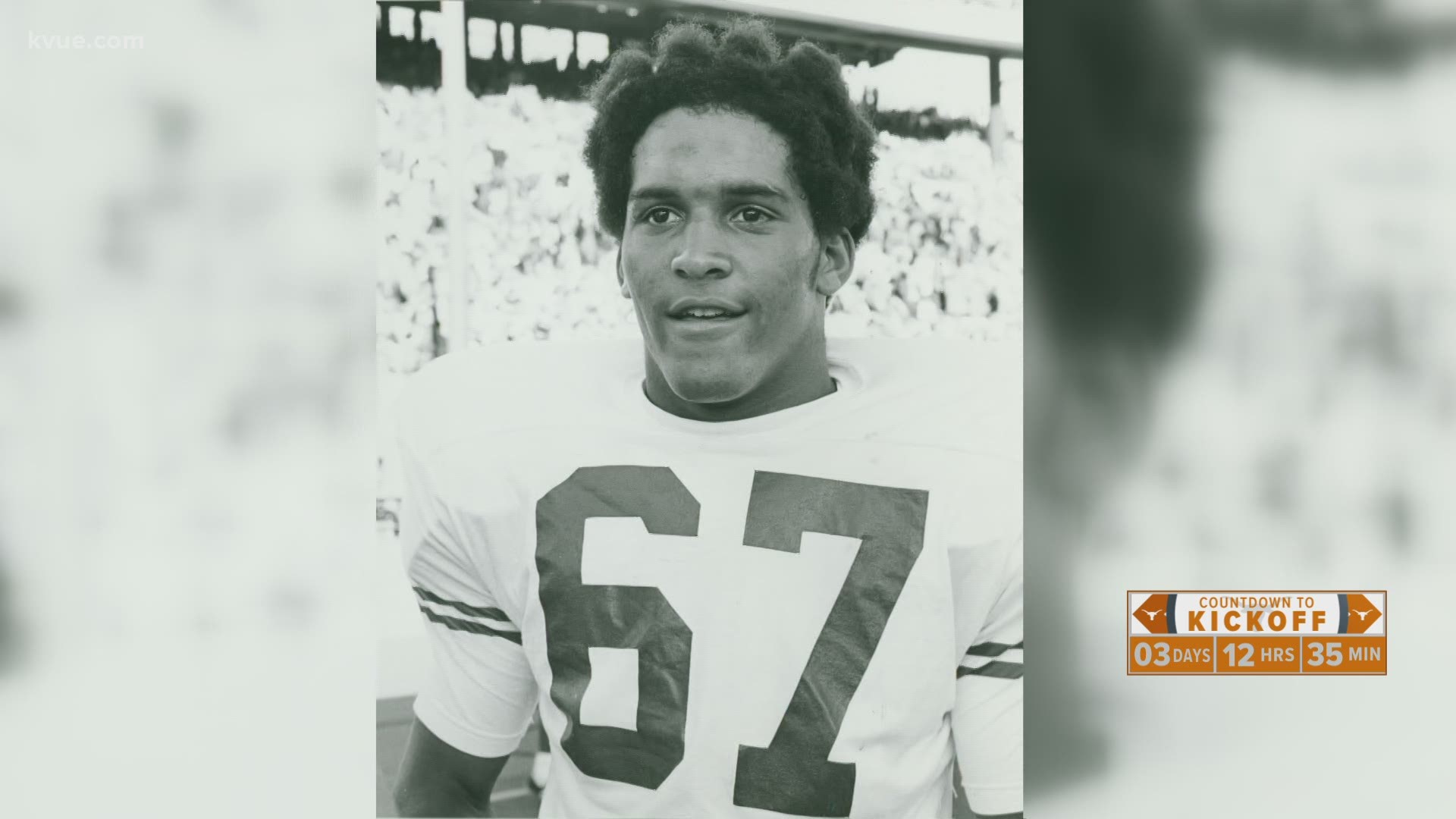 AUSTIN, Texas — The University of Texas will erect a statue of Julius Whittier, the Texas Longhorns' first Black varsity football player, in the north end of Darrell K Royal-Texas Memorial Stadium. The statue will be unveiled Friday before the Texas-Iowa State game.

“It is an honor whose time has come. Not only for Julius, but everyone that has passed through UT’s doors since day one. For him being the first African American football player at UT, he would have been very proud of the young football players who stepped forward," Mildred Whittier, Julius’ sister, said in the Forty Acres Insider newsletter. "Those young men had the conviction and tenacity to initiate changes that recognize a significant group of individuals who attended UT and transformed the landscape of The University, so I do not want to overlook them getting everything started. My sister and I are grateful to them, as well as the administration, who are taking steps forward to work together and make changes that will have an impact on every individual who walks through The University’s doors and beyond.”

"A civil rights pioneer with a football uniform on."

On June 12, current Texas Longhorns student-athletes banded together with a list of requests for the university to make amid the Black Lives Matter movement.

Among the changes requested were the renaming of buildings on UT's campus, "replacing 'The Eyes of Texas' with a new song without racist undertones" and renaming an area of Darrell K. Royal-Texas Memorial Stadium after Julius Whittier.

In July, then-interim University of Texas President Jay Hartzell announced a list of changes to come to the university after numerous student-athletes spoke out on social injustice. Among those changes included items such as erecting a statue for Julius Whittier. For a full list of the changes to be made, read Hartzell's letter.

The Texas-Iowa State game will air on KVUE on Friday morning. Here's how you can watch the game.