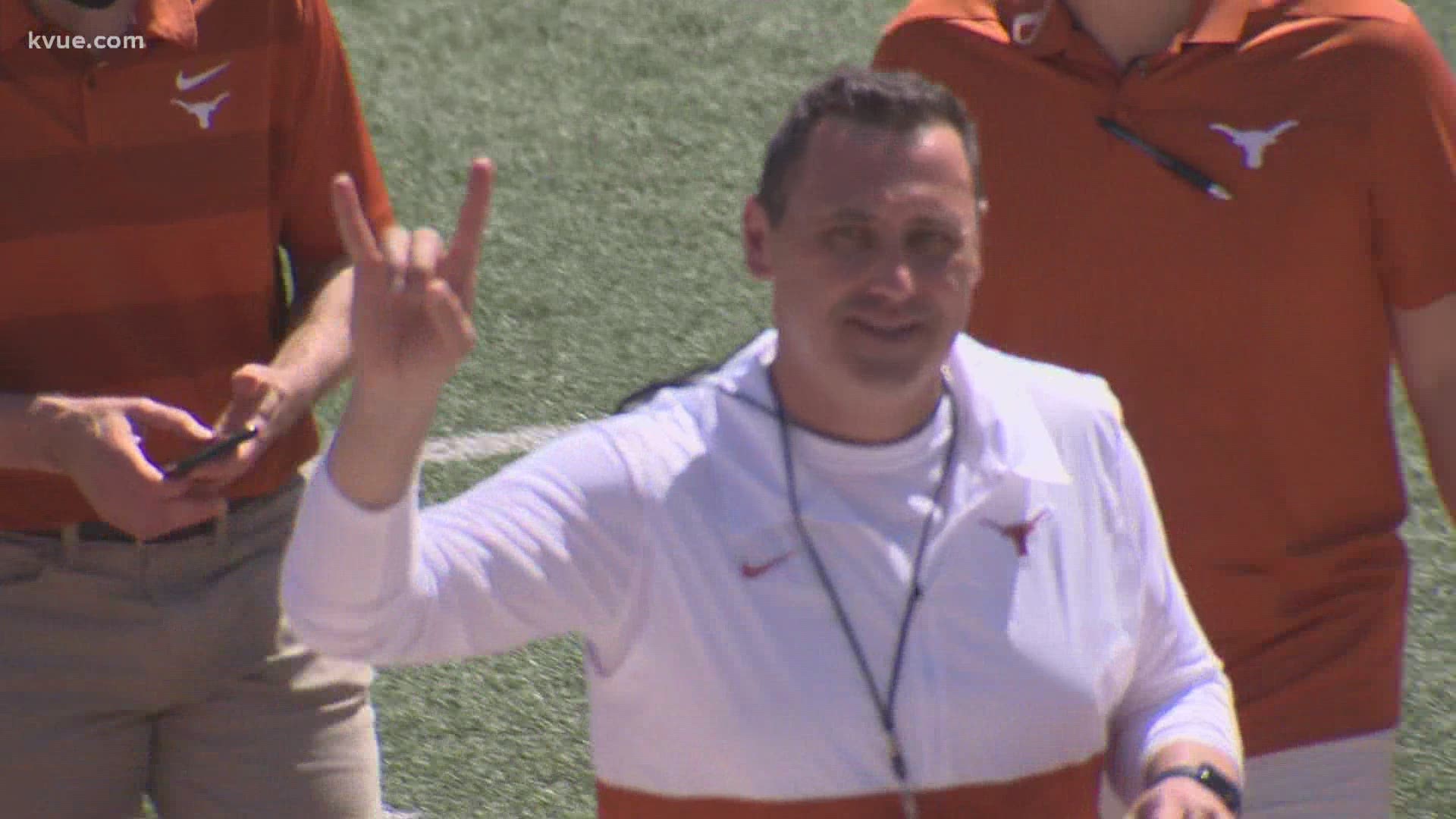 AUSTIN, Texas — If you came into Saturday's Texas Spring Game hoping to make sure last year's stars are this year's stars, you left pretty happy.

Bijan Robinson showed he's still a cheat code, and made the first drive look easy when he capped it by scampering in for a 6-yard touchdown.

Cameron Dicker showed he's a weapon in the special teams game, going 4-of-5 on field goal attempts and hitting a 58-yarder.

But if you came into Saturday's Spring Game hoping to see the new head coach unleash the new offense and a new quarterback separate himself, you probably left disappointed.

Steve Sarkisian watered down the offense and the result was little clarity on the battle between junior Casey Thompson and redshirt freshman Hudson Card, but Sarkisian said that was by design.

The razzle dazzle will have to wait until his team plays an actual opponent, and him naming a starter might end up waiting until then too.

The coolest moment from Saturday was an impressive but basic 6-yard touchdown pass from Card.

Most of his passes, along with those of Thompson, were dink and dunk, at least by the standards of Sarkisian during his time at Alabama.

Thompson completed 23-of-42 passes for 242 yards. D'Shawn Jamison also intercepted one of his throws and returned it for a 92-yard touchdown just before halftime.

Sarkisian said the conservative approach is all part of his process, wanting both quarterbacks to master the short before taking the shots.

The Texas quarterbacks have been all gas for 15 practices this spring. They now hit the brakes for a couple of weeks before returning for summer workouts, and the competition for the starting job is expected to continue well into fall camp.