Jeff Traylor has coached the no. 23 Roadrunners to an 8-0 record so far this season. 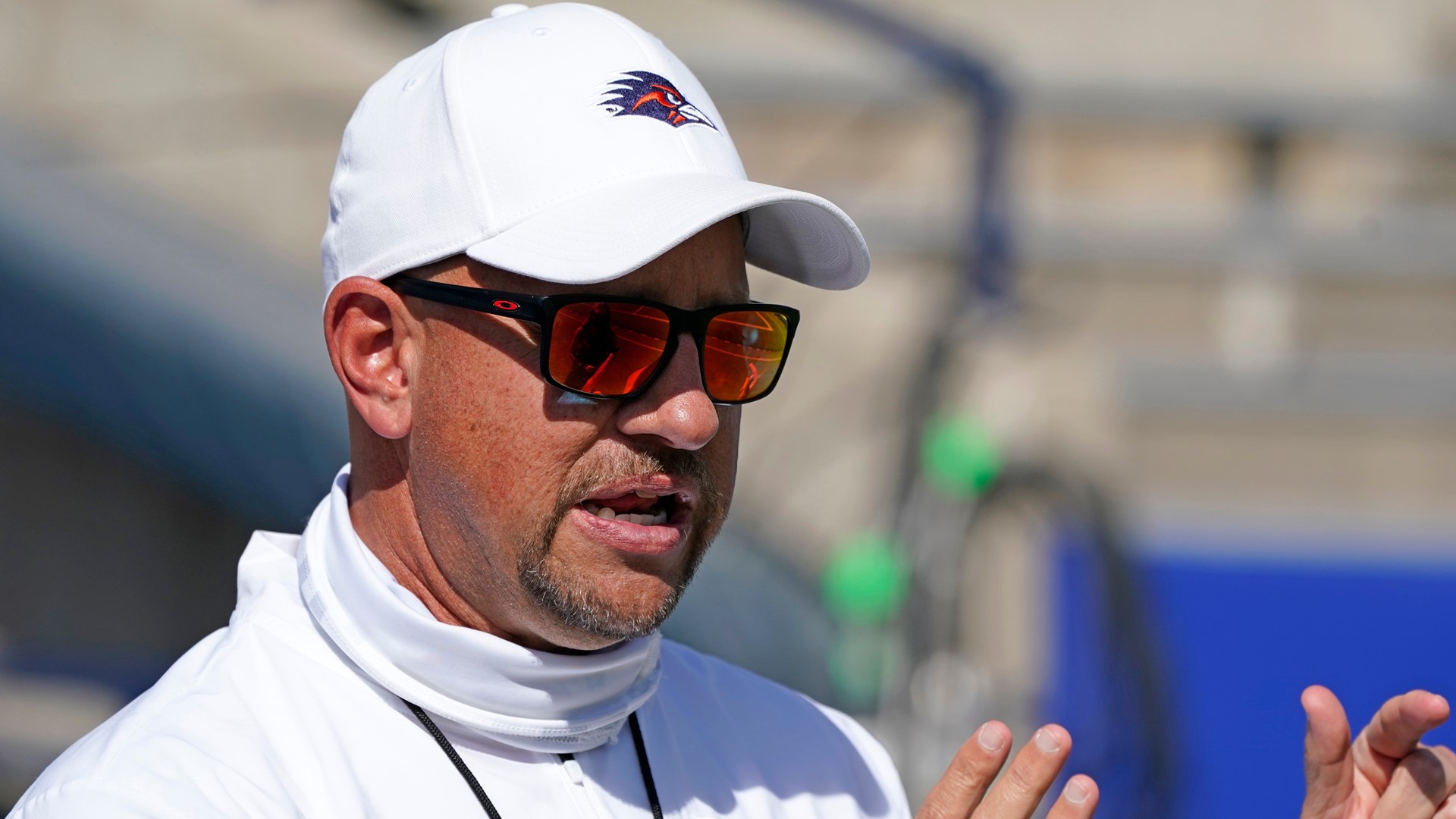 SAN ANTONIO — The UTSA Roadrunners football team is in the midst of an historic football season and is gaining national attention for its success. With an 8-0 record -- the program's best-ever start to a season -- and a national ranking among the NCAA's best teams, a first for UTSA football, eyes are now turning to their head coach.

Traylor is one of four names on Texas Tech's lists, alongside SMU head coach Sonny Dykes, former Baylor head coach Art Briles, and Kendal Briles, the offensive coordinator at the University of Arkansas.

Traylor was named the third head coach in UTSA history ahead of the 2020 season. Since he joined the program, the Roadrunners have posted a 15-5 record, including a 7-5 finish during his first season at UTSA. Traylor has previously been an assistant coach with the Texas Longhorns and Arkansas Razorbacks

Wells led Texas Tech to a 13-17 record in his three years with the program, including a 7-16 in Big 12 games. Texas Tech named Sonny Cumbie as the interim coach.

Of course, but it is going to be hard for UTSA to keep him. He is a hot coach right now https://t.co/CQpkJh7kNY

The Roadrunners are enjoying the national spotlight as their undefeated football team became nationally ranked for the first time in its young program history.

Last week, UTSA announced it will be joining the American Athletic Conference. The move from Conference USA to the AAC means more exposure to national audiences, not just for athletics, but for academics as well.

The American Athletic Conference said in its press release that it selected UTSA not just due to its athletics program, but for being a good public research university.

The Roadrunners have a bye week before taking on UTEP in El Paso on November 6. The game pits the undefeated UTSA against the 6-1 Miners, who have posted a perfect 3-0 conference record.

The excitement surrounding UTSA as it heads into the marquee matchup led to ESPN moving the game into its national broadcast schedule. The game will be televised on ESPN2 at 9:15 p.m., central time.