University of Texas to limit DKR-Texas Memorial capacity to 50% in 2020, discussing dropping to 25%, athletic director says

Texas Athletic Director Chris Del Conte said he expects all season ticket holders to have a seat for each game of the 2020 season. 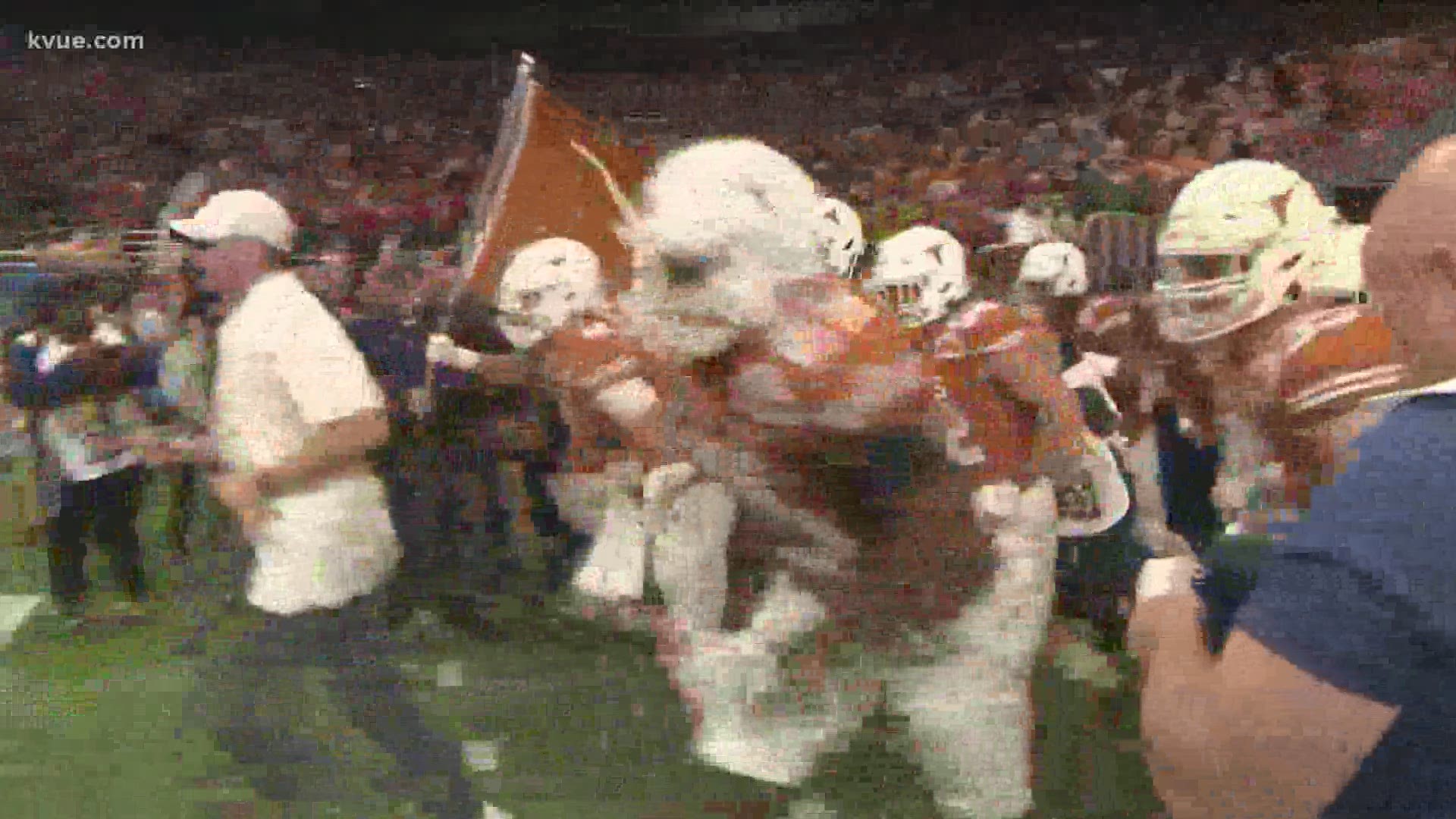 AUSTIN, Texas — In a letter to Longhorns football season ticket holders on Monday, Texas Athletic Director Chris Del Conte said UT plans to begin the 2020 season on Sept. 5, against South Florida with a 50% capacity limit in accordance with Gov. Greg Abbott's guidelines – as of July 20.

However, on July 29, Del Conte said the athletic department was "working closely with President Hartzell and Chairman Eltife to explore a 25% capacity model at football games this fall." Del Conte said he would keep UT fans updated in the coming weeks.

Texas Athletics is working closely with President Hartzell and Chairman Eltife to explore a 25% capacity model at football games this fall. I will keep fans posted in the coming weeks, as I have done throughout the process. https://t.co/QAoihht22V

State Fair of Texas canceled: What does this mean for Texas-OU?

On July 7, the State Fair of Texas announced it had been canceled due to COVID-19, stirring up conversation online regarding the effect that would have on the Texas-Oklahoma rivalry game.

Del Conte and Oklahoma's athletic director, Joe Castiglione, both expressed optimism in continuing the century-old rivalry game in 2020, which has been played every single season in its 120-year history aside from eight times: in 1918, 1920, 1921 and 1924 through 1928.

Darrell K Royal –Texas Memorial Stadium has a capacity of 100,119. So, the magic number here lies at approximately 50,000 people.

More information about season tickets can be found on the Texas Athletics website.

WATCH: The changes that are coming to UT Austin

Tom Herman, Greg Abbott team up for 'The Power of Teamwork' COVID-19 PSA