The sudden cancellation of the baseball season has allowed him even more time to hit the waters of Central Texas. 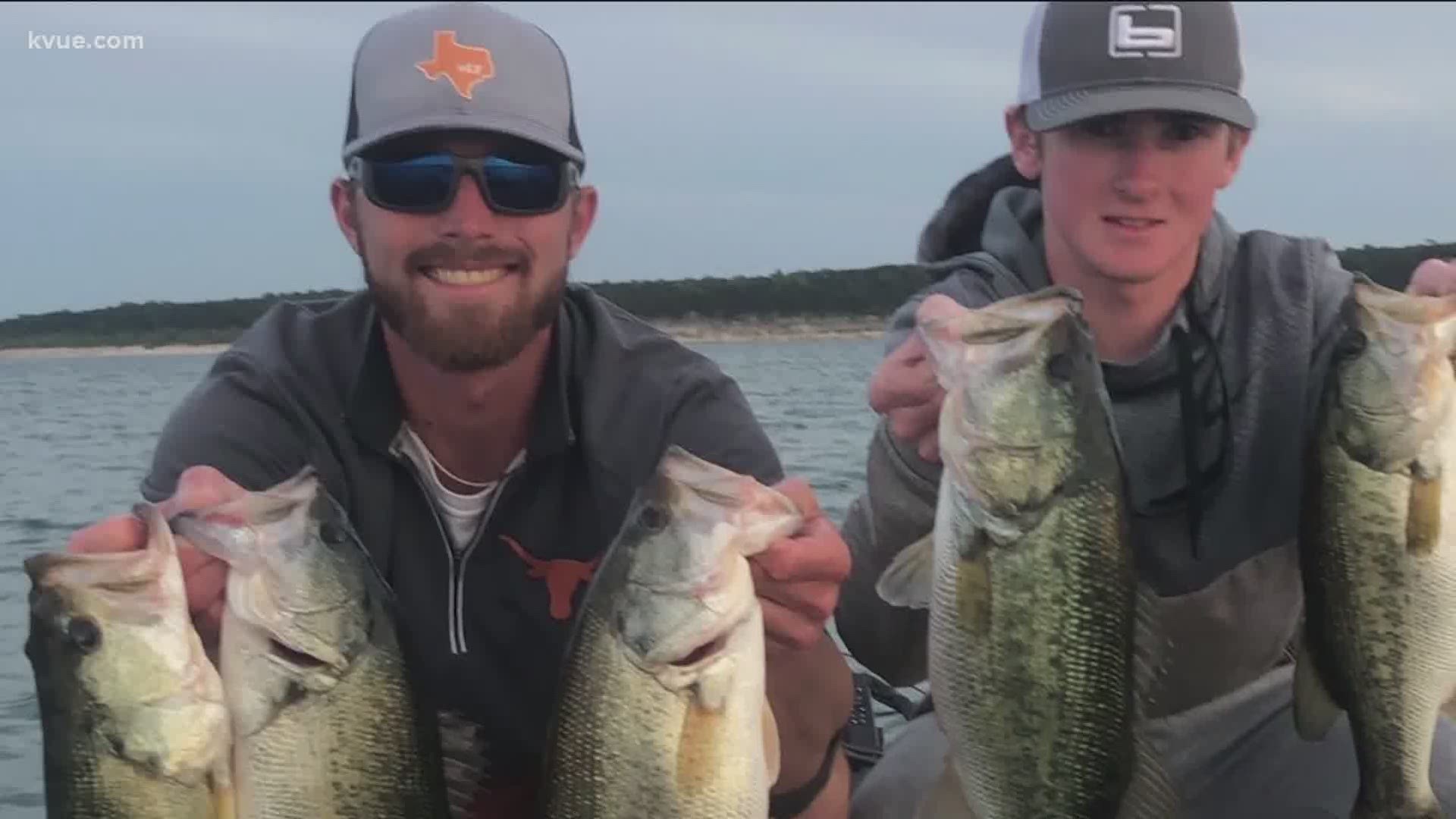 The Longhorns star outfielder and Round Rock native is also an avid fisherman, and the sudden cancellation of the baseball season has allowed him plenty of free time to hit lakes all over the state.

"My time frame is generally in the fall," he said. "Once that's done, the boat goes away and I focus on baseball, but with no baseball it's like, 'Alright, well, what else do we have to do?' So we head out to the lake as much as we can."

For Todd, fishing has been a hobby of his since childhood. He reflected on his favorite stories and memories in a Q&A with KVUE.

Pro sports can soon return to Texas...but without the fans

Amid COVID-19, Round Rock Express president hopes season can start this summer

Jake Garcia: "Tell me about this fishing hobby of yours. I’m assuming even before the pandemic hit it was something you grew up doing a lot of?"

Todd: "My grandpa when I was like four years old, he introduced me to hunting and fishing. [I'm] still able to fish with him today … We were out one day wade fishing and we were standing probably no more than 10 yards apart from each other. We found a pot of red fish down on the coast and we were just whacking them ... Being able to see my grandpa at 82 years old still do all that, walk around, get out and hang with the young guys, it's awesome."

Garcia: "Do you have a most prized catch, one you're most proud of?"

Todd: "I caught one just three weeks ago and it was a 28.5-inch trout down on the coast. I couldn’t believe it. It was the biggest trout I’ve ever seen."

Garcia: "Are you the best fisherman on the baseball team?"

Todd: "I probably fish the most on the baseball team, I’ll say that."

Garcia: "Is there a story that sticks out to you, or just a favorite memory that you have in your time fishing?"

Todd: "I’ve got a great story with [second baseman] Brenden Dixon. We were out on Lake Travis and we're fishing deep. We found some fish out in like 40 or 50 feet of water. I have a bunch of rods out on the deck. His rod kind of bumps and I was like, ‘I think you got a fish on there.’ And when he went to pick it up, he kicked one of my expensive rods on the deck all the way to the bottom of the lake. And so I was like, ‘Dixon. What are you doing dude?’ It’s 40 feet, you’re not going to dive down there and get it.

"So I tied on a fishing spoon, like a big old spoon, and I threw it out there and it was just dragging. We dragged for like two hours over that spot, and I ended up hooking the eye of it. I pulled that rod all the way up off the bottom of the lake. That’s probably the equivalent of my greatest catch and probably for Dixon too because he didn’t have to buy me a new rod."