10 years later: Susie Wheldon is more than a survivor as she keeps her husband's legacy alive

Indy 500 winner Dan Wheldon was killed in a crash during the final race of the season in 2011. 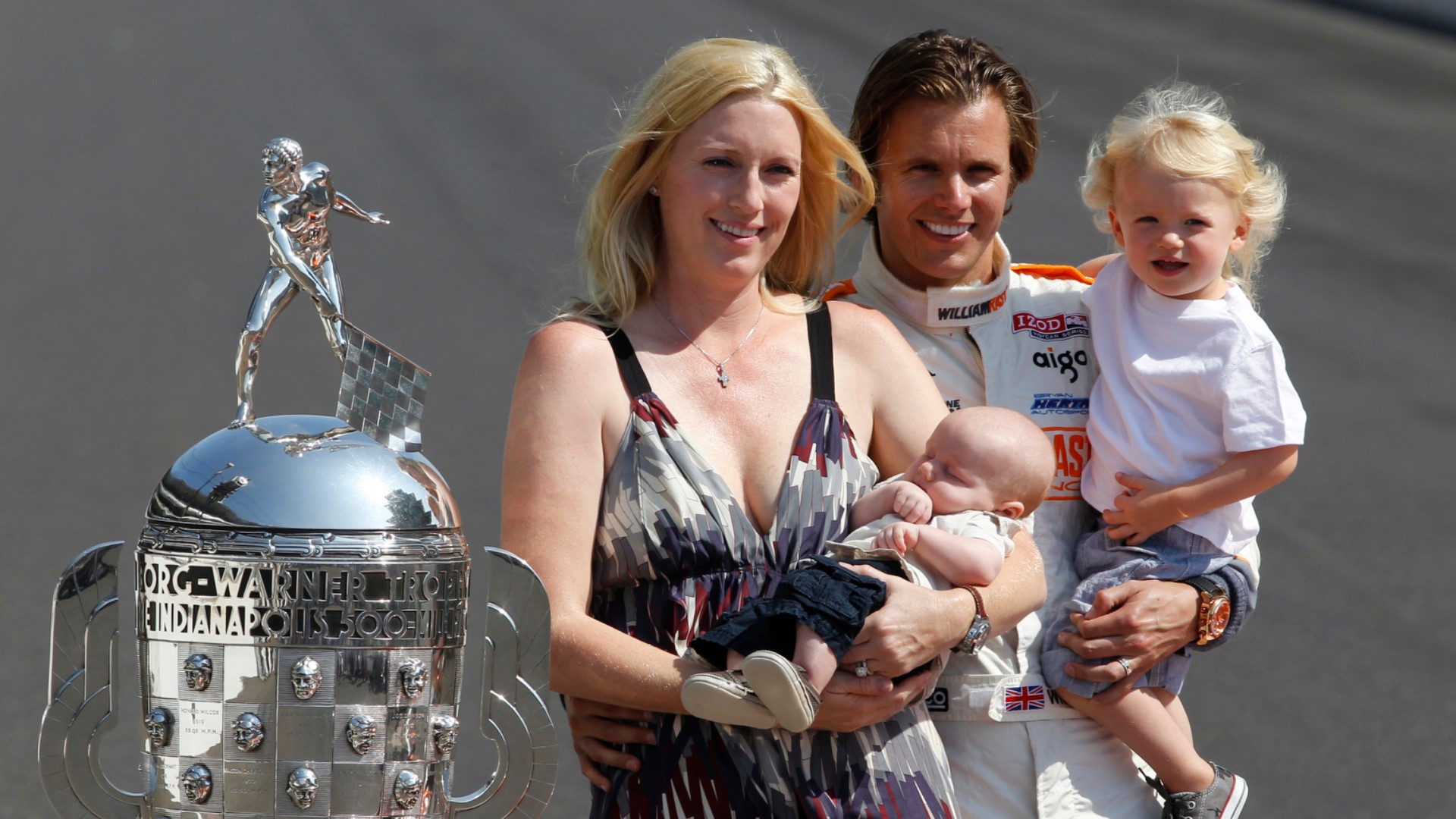 ST. PETERSBURG, Fla. — Ten years ago, we had one of the most dramatic finishes in Indianapolis 500 history.

Rookie JR Hildebrand was in the lead and crashed on the final turn. Dan Wheldon came through the debris and won his second Indy 500.

"It was kind of shocking, shocking but amazing all the emotions coming through. I remember standing there and I kind of froze," Susie said. "My job for years was all about protocol: here's where you go, here's your interview. I was standing there like, 'I don't know what to do.' But it was just so cool."

Less than five months later, Wheldon was killed in a crash during the final race of the season.

Ten years since that tragic day, his widow and sons are keeping his legacy alive.

I went to St. Petersburg, Florida, the city Dan and Susie called home.

The two met when she was doing public relations for one of Dan's sponsors.

They became an item and married. The couple had two boys named Sebastian and Oliver.

Credit: AP Photo/Michael Conroy, File
FILE - In this May 30, 2011 file photo, IndyCar driver Dan Wheldon, of England, poses with his family, wife Susie, left, holding Oliver, and Sebastian, right, next to the Borg-Warner Trophy during the traditional winners photo of the Indianapolis 500 auto race champion on the start/finish line at the Indianapolis Motor Speedway in Indianapolis. Wheldon died Sunday, Oct. 16, 2011 in a fiery 15-car wreck at Las Vegas Motor Speedway when his car flew over another on Lap 13 and smashed into the wall just outside turn 2. He was 33.

Life in the fast lane was amazing for Dan and Susie. But then came the tragic crash in Las Vegas.

"When I say 10 years out loud, that is hard to grasp. That is a considerable amount of time. But in my mind, there are days when it feels like no time has passed. You have moments you are in and out of grief...and I know there are longer periods of time when I am not just immersed in it," Susie said. "At the end of the day, I have two boys with me and you have to just keep going. That's a lesson for them as well. Did I have days and weeks the first couple of years, it was like, it was hard? It was horrible. I relied on a lot of people to get me through."

Susie and her boys are very close. Sebastian is 12 and Oliver is 9. They love racing. The boys are already in go-kart racing. In fact, they showed me their trophy shelf which is already full of first place awards.

Susie gets quizzed about it all the time.

"Another question people ask, how can you let them race? I always say, 'Yes, they were given that opportunity, but it's not my decision. It's theirs. It's always been theirs. I am here to support their dreams,'" Susie said. "I find a lot of comfort at the track with my boys. I don't know how to explain it."

Both boys told me they would love to one day race in the Indy 500.

Mom is just taking it one race weekend at a time. She is more than a survivor, she is thriving and enjoying raising two young men.

"It speaks to the human spirit. You do what you have to do and that's kind of what it's been. I can say those two boys have been my saving grace a million times over. They are fun and at times stressful...ha!" Susie said.

Ten years later, the legacy of Dan Wheldon is alive as we watch the next generation carry on just like their dad would have wanted.

Watch out for Sebastian and Oliver Wheldon on the race track, they've been signed by Andretti Autosport as junior drivers!