Lance McCullers was dominant and Yordan Alvarez went deep in the win. 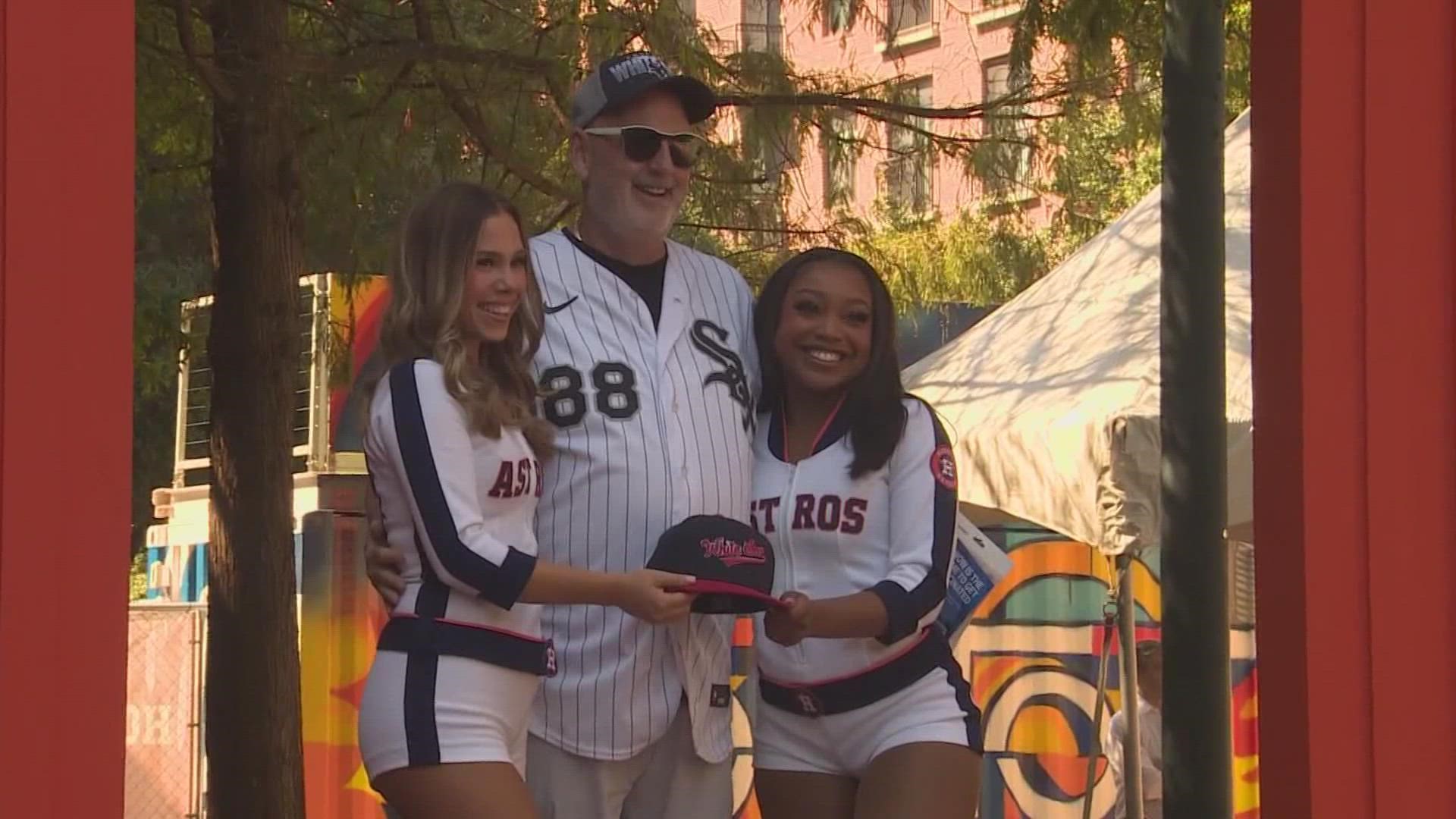 HOUSTON — Lance McCullers Jr. pitched scoreless ball into the seventh inning and Yordan Alvarez homered to lead the Houston Astros to a 6-1 victory over the Chicago White Sox in Game 1 of their best-of-five AL Division Series.

Michael Brantley added two hits and two RBIs as the AL West champions showed off their playoff experience in an impressive opening performance.

Baseball fans packed into downtown Houston to watch the Astros take on the White Sox for game 1 of the ALDS MLB Playoff series.

The match up is the latest chapter in a decades-old rivalry between the two teams. The Sox swept the ‘Stros during the 2005 World Series.

Astros fans are praying for redemptions White Sox faithful are praying history repeats. KHOU 11's Melissa Correa talked to some of them. You can watch in the video player below.

Astros pitcher Lance McCullers put the White Sox down in order in the top of the first. Lance Lynn did the same to the Astros in the bottom of the first.

No score after one inning.

The Sox got the game's first baserunner when Luis Robert was hit by a McCullers pitch, but he was thrown out trying to steal by Martin Maldonado to end the inning.

The Machete cuts down another runner. pic.twitter.com/XclqnG6sgb

The Astros got on the board in the bottom of the first, as Jake Meyers knocked in Yordan Alvarez for the game's first run.

McCullers puts the White Sox down in order. The Astros put up two runs in the bottom half of the inning with RBIs by Alex Bregman and Yordan Alvarez.

After three, it's Astros 3-0 over Chicago.

The White Sox got their first hit of the game, but couldn't score.

The Astros added two more in the bottom of the frame and now lead, 5-0, courtesy Michael Brantley.

The White Sox came up empty in the top of the inning. In the bottom, Yordan Alvarez added to the Houston lead with this bomb.

Neither team was able to push runs across. The score remains 6-0 Astros.

The White Sox got on the board and the shutout is gone.  Astros went down in order in the bottom of the inning.  6-1 Astros after 8.

The Sox got a couple baserunners, but couldn't get anyone home.  Astros win, 6-1.

Before the game, KHOU 11's Jason Bristol and Matt Musil, along with former MLB scout Jeremy Booth broke down the matchup.