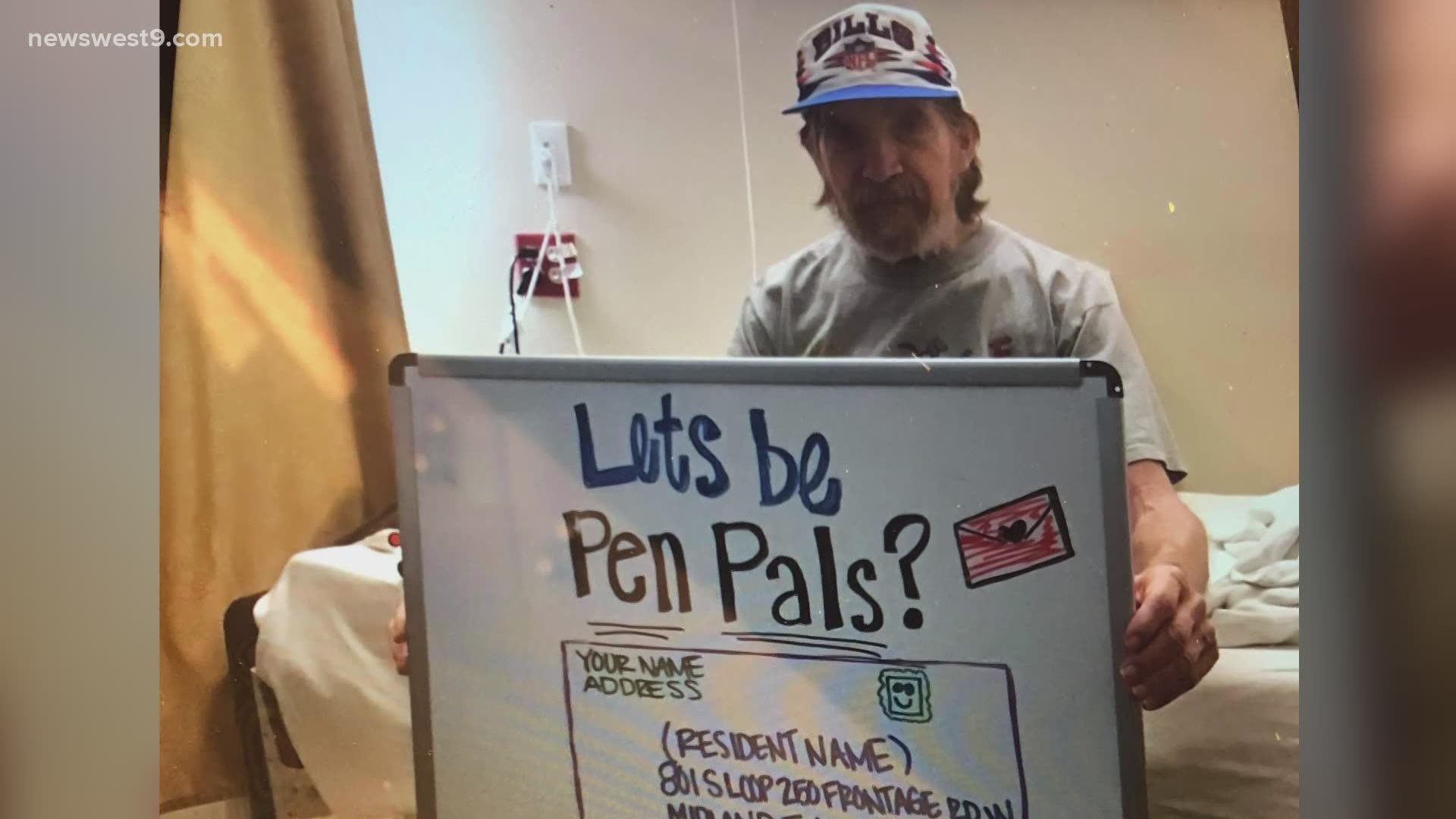 MIDLAND, Texas — The COVID-19 era has been hard on most of the world, but those in nursing homes have dealt with more loneliness than most.

That's why Ashton Medical Lodge's Dave Turner wanted to find a pen pal with whom he could talk about his favorite football team.

That team is the Buffalo Bills and after a post on the 'Bills Mafia' Facebook page, Dave turned into "Buffalo Dave."

“Almost brought tears to my eyes," Dave said. "I had no idea it was going to take off like this. Now I’m known as Buffalo Dave, before I was just some guy on the internet."

His Bills Mafia family didn't stop at mailing him letters, they were able to get Bills' Hall of Fame quarterback, Jim Kelly, to send Dave a special note.

While life continues to hit hard, he knows Bills Mafia will have his back.

“I want to thank them personally for what they’ve done for me and the messages they sent to me," Dave said. "Especially the picture of Jim Kelly. Just tell everybody keep up the good fanship."

Fandom can be a roller coaster, but the ride never gets old.