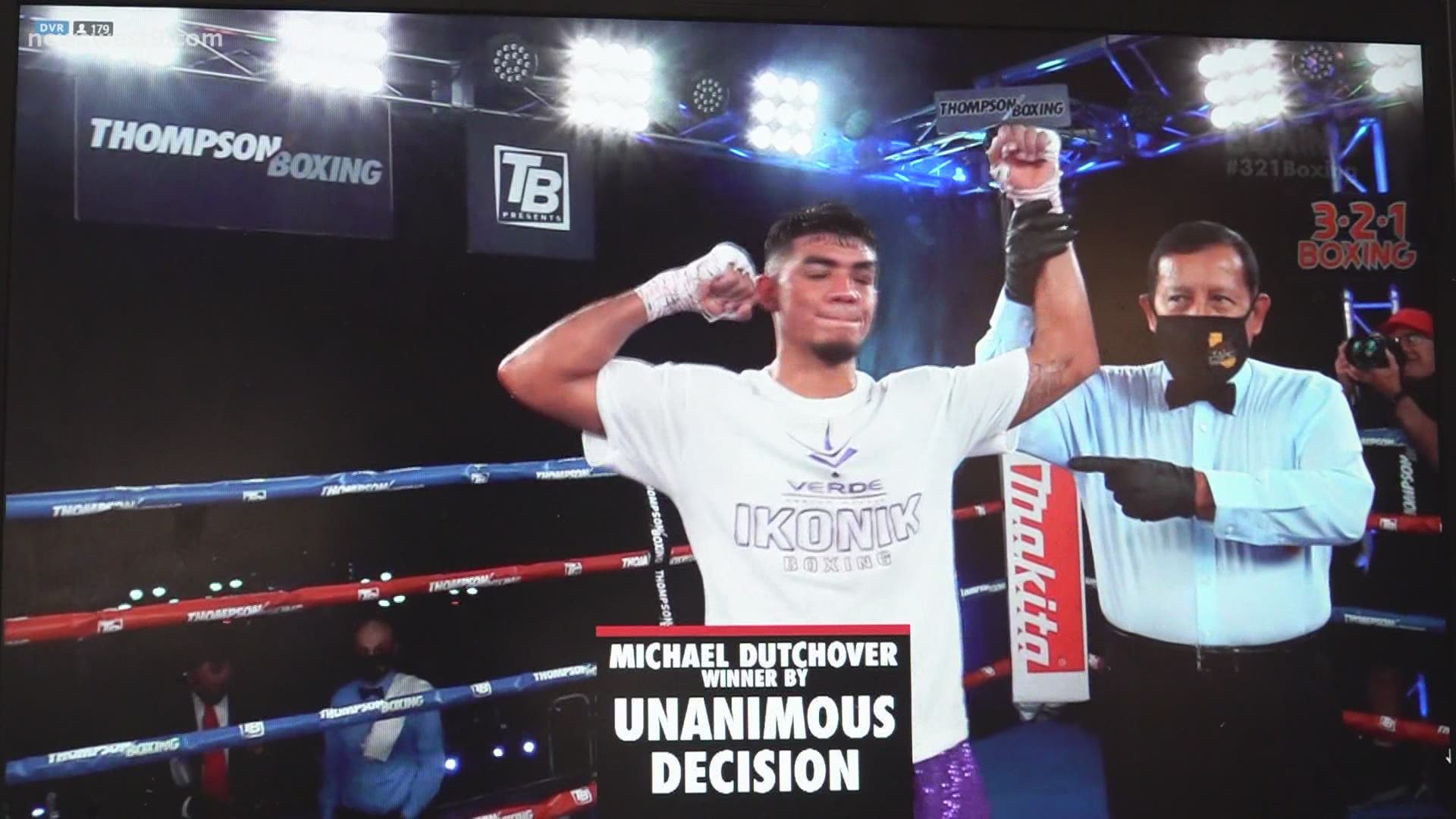 CORONA, Calif. — The West Texas Warrior was back in the ring for the first time in 2021. He started this year off with an eight round, unanimous decision bout against Ivan Benitez.

The fight went the distance but Michael Dutchover controlled the ring through the whole match. Dutchover's efficiency of landing punches was higher than Benitez, while also making it hard for Benitez to hit him.

Dutchover said he plans on having another fight in September before the year is over.