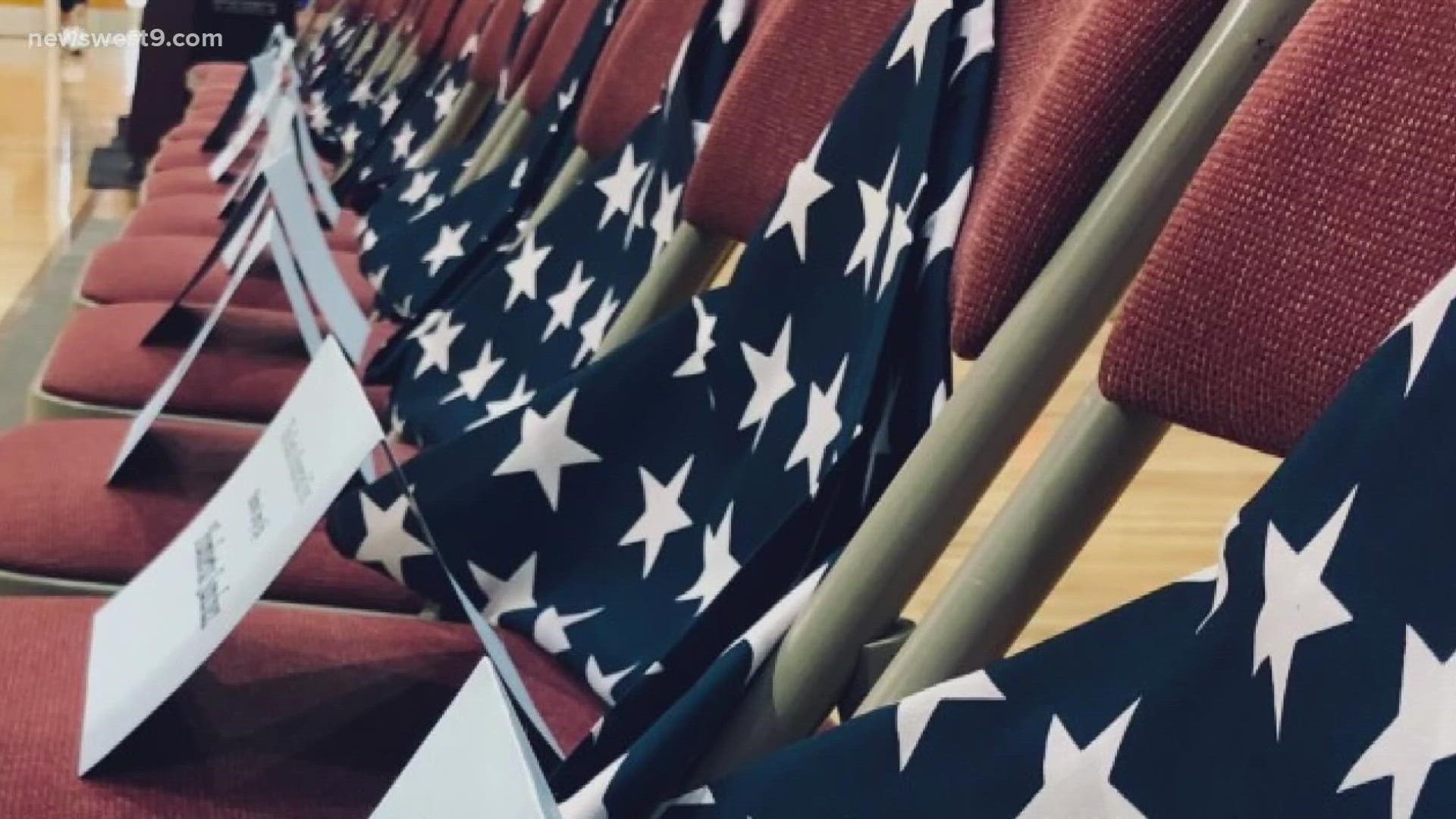 MIDLAND, Texas — The Midland Legacy volleyball team has decided to show their support for the troops in Afghanistan that lost their lives in the past month. To do so, the lady Rebels are not sitting down during their matches in September. The seats aren't vacant though, they're occupied by an American flag and a name of one of the service members who have lost their life.

"I wanted them to understand these weren't just an empty chair but people who laid down their lives for us." said head coach Rachel Anglin

Thank you to all of the service men and women. We appreciate you. It’s not enough but we wanted to honor the fallen soldiers at tonight’s game. pic.twitter.com/VxwcvEiJ0l

Anglin added, "I think that was the coolest part for the coaching staff that these girls get it they truly get it."

The lady Rebels went on the sweep Amarillo Tascosa in their next matchup.